Three More Games to Play on Your Lunch Break - Nerdist

Three More Games to Play on Your Lunch Break

Once you start bringing a game or two to the office, it’s surprising how quickly it becomes an anticipated event by your coworkers. Of course, you need something that fits in the lunch hour and is readily portable. Our previous list went over some great ones. But if you want to branch out even further, here are three more games perfect for the lunch break. 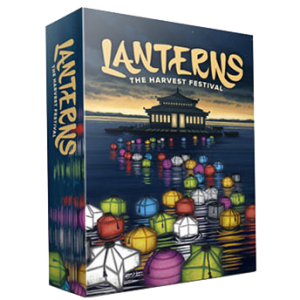 Lanterns is a fairly abstract tile-laying game apparently about lanterns. Each player has a hand of tiles and each tile has four sides with different colors on each side. They can play the tile to the board. As they do, if they match colors, they get cards of that color. Each player also gets a card of the color facing them whenever a tile is played. Players can then use those cards to buy tiles worth points.

For a simple premise, the game provides a lot of difficult choices. There may be a tile that plays perfectly into your hand – but it will also give your opponent the card they need for more points. Or maybe you can avoid helping your adversary if you place it in a different orientation, even if that means you’ll net less benefit. It’s a great system that keeps you constantly engaged in the game and looking over at everyone else’s side of the board. 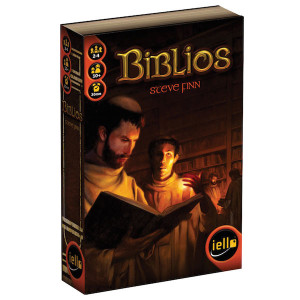 Allegedly, Biblios is about copying manuscripts during the Middle Ages. When you break open this box, you’ll find that it’s mostly about manipulating dice and planning for the future. There are five colors of dice on the board, all set at 3. On their turn, a player draws one card per player, plus one. He keeps one for himself, gives one to every other player, and puts the final card into a discard pile. The cards represent influence in the different dice. Whoever has the most green cards, for instance, gets points from the green die. Some cards can also move the value of dice up or down.

Once you go through the deck entirely, the discard pile is publicly auctioned off. Players now use the cards and money they initially grabbed to try and buy the things that have been discarded.

Biblios is a fantastic experience of strategy and gambits. Perhaps you’re hoping to collect blue cards and win the blue dice. If you show that too early, your opponents will reduce the value of the blue die and make your efforts unprofitable. But if you wait, and perhaps throw some blue in the mix, you can surprise them later. But at the risk that those blues will be bought by someone else. Plus, you have to constantly evaluate what cards you are handing out to the other players. 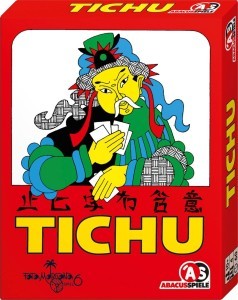 Unlike the other games on this list, Tichu needs precisely four players. No more, no less. Tichu is a trick taking or hand climbing game. If you’ve ever played Hearts or Spades, then you’ll have some idea of how to play. But Tichu is so much more. For instance, you don’t have to start with a single card. You can start with a pair, multiple pairs, straights, and even full houses. You can “bomb” cards out of turn with certain combinations. And there are four special cards that have unique properties.

If you have four regular players, then Tichu might actually be the best lunch time game. It can take a few hands to understand the ebb and flow of the game. After a few plays, you realize the importance of having the lead, and how to pass cards to your partner. Once everyone has the hang of it, Tichu can lead to some of the most interesting and exciting card game experiences out there. Knowledgeable players will find layers of strategy and depth – especially as the players become increasingly partnership oriented.

Do you play games at lunch? Tell us about them in the comments.