Three Board Gaming Classics More than a Decade Old - Nerdist

Three Board Gaming Classics More than a Decade Old

Every year, more awesome board games come out. And, especially for newer entrants into the hobby, that means you don’t always get to experience the amazing cavalcade of cardboard from yesteryear. But if we look back even a decade, there are some great titles that were all the rage and for very good reasons. You might even want to check them out to see if any of them have gotten a recent update or expansion to make this your new favorite (old) game. 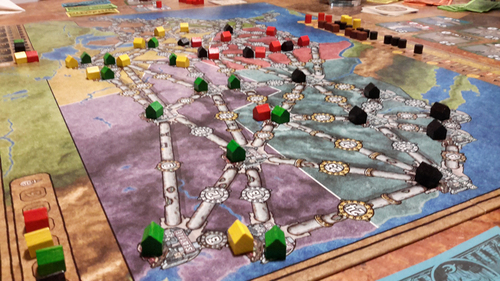 Debuting in 2004, Power Grid is all about building electrical infrastructure and powering cities. It may not have as exciting a theme as Dead of Winter or Blood Rage, but the game has an ability to suck you in with every choice, every coin your spend, and just trying to survive when everyone else is out for you.

Players start each round by auctioning off new power plants. Starting plants may use coal or oil. Later, plants can be powered with garbage or nuclear material, and some use renewable energy. As the game progresses, the plants tend to become more efficient and you can power more cities for less.

Then, players may buy the coal and whatnot needed to keep the electricity flowing not just to the plants but to the different cities you want to power. As the materials are purchased, their cost increases. It isn’t uncommon for someone to buy up more coal or oil than they need just so that the next player has to pay a higher price. From there, players can use their remaining money to buy into new cities so that they can power them. And the more cities you power, the more money you get for the next round. The game ends when someone builds 17 cities and whoever powers the most that turn wins.

Power Grid is deliciously economic. You have to make several purchases before you get paid – power plant, resources, new cities. So you have to manage your money carefully. If you overspend in the auction, you might end up without enough to expand into new cities.

Without directly tearing down each other, you’re still in constant competition. The auction is an economic battle where you’re not only trying to get what you want, but also drive up the price on the other players. The same considerations apply when buying resources or cities. Combine it all, and it’s a brutal slugfest fought with dollars rather than bullets. 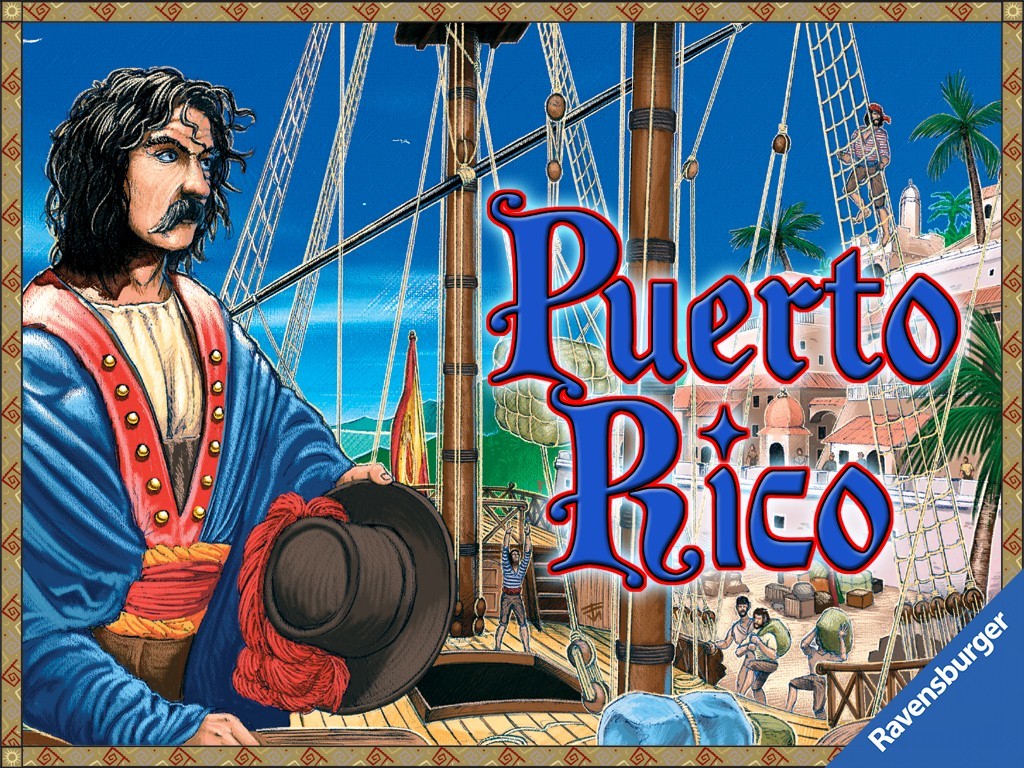 Published in 2002, players settle the land of Puerto Rico, growing crops, and then refining them into goods. You’ll need to get money, build infrastructure, produce and sell goods, and ultimately ship them home for points.

The great thing about the game is the action system. On the first turn, there are a bunch of actions available. But when you pick one, everybody gets to do it. So when you pick Shipping, then everyone else gets to ship. And if you choose to Produce, every other player gets to produce goods as well. The next person can pick from the remaining actions until the last person in a round only has a few to choose from. Then it resets and the start player rotates.

Sure, you get a special bonus as the one who picked the action, but it’s mostly about the timing. You try to pick the Build action when your opponents don’t have enough money to build. You Ship if they have few goods to trade for points. And you pick Trade when you’re the only one that can earn money.

Puerto Rico is more about playing off the other players, and choosing actions they can’t take advantage of, than it is about merely building up your own estate. And that high interactivity is what makes every session so interesting and challenging. 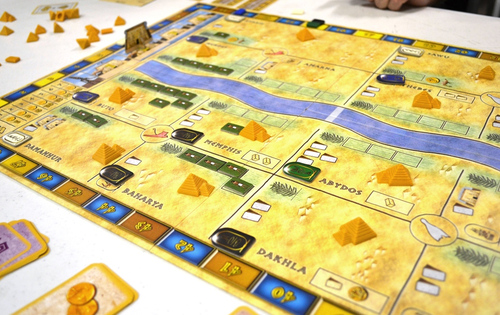 Sweet decision agony. In 2003’s Amun-Re, players are faced with constant decisions and every one of them is critically important. Played over two epochs; players try to acquire lands, build pyramids, and make money from their territory.

The board is comprised of fifteen regions along the Nile. First, five are revealed and they are auctioned off. The trick is that the bids are in fixed amounts and, if you are out-bid on a particular region, your next bid has to be placed in a different region. This gives rise to challenging considerations. If you bid on the one you want, you better bid high enough to dissuade others. But if you bid elsewhere, you have to hope you are outbid so you can circle back to the one you want.

Once purchased, players can then spend money to build pyramids, hire farmers, or get new cards. Cards generally provide useful in-game abilities or give bonus points for particular achievements.

After everyone has purchased, the players can all contribute to the great god Amun-Re. Depending on how much they collectively sacrifice, the Nile will flow higher or lower and the farmers will be more or less productive. Some regions use camels which can only provide a profit if the Nile is low. So some players may even want to steal from the sacrifice.

This happens three times and then there’s a mid-game scoring. At that point, all ownership is wiped clean and you do it all again. Except the previously built pyramids stay there. Which means some regions may be a lot more attractive than they were initially.

At every point, you are placed in constant conflict with your neighbors. You’ve got to bid accurately and strategically – especially as you want to increase the costs that others will pay. You need to calculate how best to purchase pyramids and farmers. Does it make sense to double up on pyramids in search of greater points? Or should you invest in farmers and hope for more money?

The tension of each game is palpable. Each and every decision could be the difference between getting what you need, or making a critical error that lets your opponent zip ahead. Although it says it goes three to five players, it really is best at five. And, in fact, it may be the best five-player euro experience out there.

What are your favorite board games a decade or more old? Let us know in the comment section below.