Three Board Games for Your Inner Detective - Nerdist

Three Board Games for Your Inner Detective

Clue, in its many variations, is the classic deduction game that every kid learned once upon a time. But the genre has come a long way since then. If you’re looking for competitive murder-solving, look no further than some of these amazing titles. 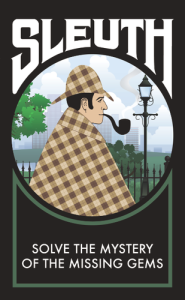 Sleuth has players trying to solve a jewelry heist. There are three types of jewels, in four colors, and in three concentrations. There is a card for every combination and one is secretly removed from the deck. That’s the one that was stolen. Your job: find it.

Everyone gets a hand of cards, so some you can check off right away. From there, you have to figure out what’s missing. But you can’t just ask any player about anything. Instead, there are a bunch of search cards. They say things like “Yellow Opals” or “Single Diamonds.” You choose one and ask another player how many of that type of card they have. If they have some, they have to show you (and only you).

Because most of the cards relate to two factors, it can be surprisingly difficult to pin down an answer. You’ll have to flesh out your questions, keep good notes, and use the most deductive parts of your brain to find success. 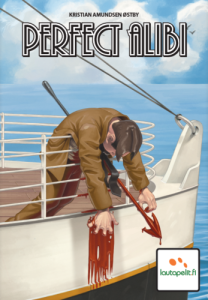 While aboard your cruise vessel, a murder is committed. The players know they are safe, but they must find the culprit. The other passengers have an alibi for every time and location. Except for one – that missing alibi must be found to identify the murderer.

Unlike Sleuth, Perfect Alibi consists of just 16 cards – one of which will be hidden. There are a random assortment of tokens that indicate who you can ask a question to and what about. So you pick one and ask how many cards they have at a particular location or time. If the answer is 2 or more, they have to show you one. Plus, the game comes with special powers. You could be the Captain, who always sees a passed card, the Psychologist, who never passes anything, or the Journalist, who can ask any question she wants regardless of what tokens are available.

Plus, there is a liar version. In this variant, if a particular special power card asks you a question, you have to lie about what is in your hand. That makes the game a bit longer, but the deduction that much more delicious.

But the best part of Perfect Alibi is how quickly it plays. With only 15 cards to identify, you zip down the list quickly, so it feels a lot more like a race. After all, if you don’t figure it out with all due haste, someone else will. The one caveat is to stick with three or four players. Five is ok, but a little slower.

Mystery of the Abbey 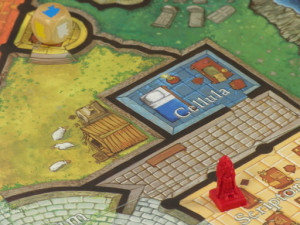 I always introduce this game to new players as, “This is like Clue if Clue were good.” The central idea is the same. There’s been a murder and you have to figure out the culprit. A deck of suspects is used, one removed, and the rest passed out to the players. But whereas Clue bogs down, Mystery of the Abbey is a tight race.

You see, there is no roll-and-move aspect of Mystery. Instead, the players start each round in the chapel and then can move two rooms each turn. And the rooms all have special powers. The Scriptorium gives you special bonus cards. The confessional and the cells allow you to steal a card from another player. And the Chapter Hall is where you can make your final accusation and reveal the identity of the murderer.

Even better, the game naturally winds toward a winner. Every four turns, a new round begins. All the players have to go back to the chapel and, at that time, they have to pass a number of cards to the left. Eventually, the number gets so high that you are effectively passing your whole hand. So the cards will all be seen at some point.

Also, each round you draw a card that might change up the game, or have you do something silly. For instance, it might force every player to display a particular type of suspect. Or it might do something a little off beat like require you to sing Frère Jacques in rounds. It keeps the game light and entertaining and helps break the game into easily enjoyed chunks.

What deduction games did we miss? Tell us about it in the comments.

TAGGED: sleuth, perfect alibi, mystery of the abbey, Board Games