Op-Ed: Why Did The Academy Forsake Asgard? - Nerdist

Op-Ed: Why Did The Academy Forsake Asgard?

Thor: Ragnarok was one of the most vital, engaging, and inclusive films of 2017. Taika Waititi‘s vision of space was utterly unique. Technicolor, diverse, and heavily influenced by Jack Kirby’s genius, the visual landscape of Ragnarok was a much needed fresh take on the intergalactic tropes in severe and serious sci-fi flicks. Crafting this vast galaxy–including incredible ships, distant planets, and fantastic characters–was an incredible feat for Waititi, who made his name with heartfelt, sweet, and somber indie movies like Boy and Hunt for the Wilderpeople. So when the Oscar nominations were announced, I was surprised to see no love for Thor: Ragnarok. An original smash hit in a year of dreary blockbusters, I was hoping the Academy would see its magic and reward it accordingly. Alas, that didn’t happen. 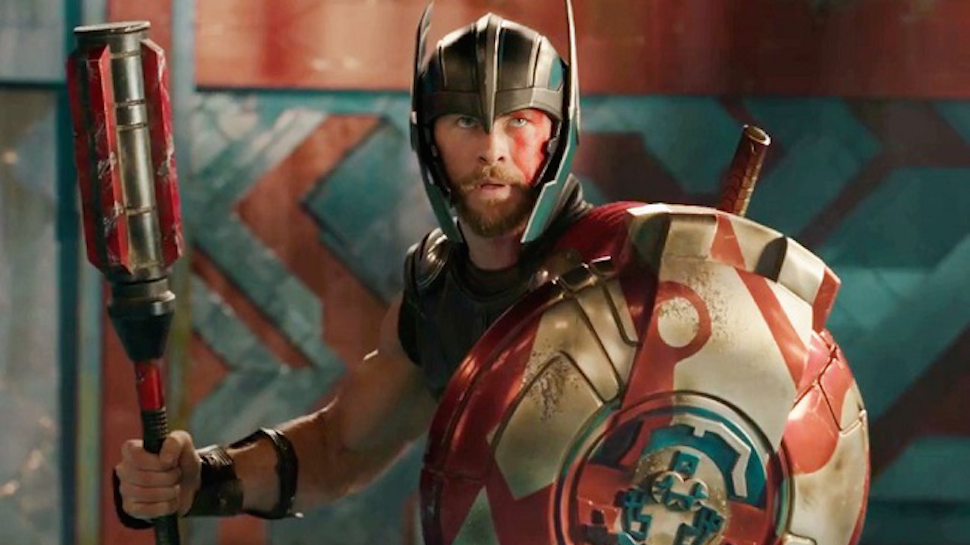 If I’m being realistic, the awards Ragnarok should have been nominated for were Best Supporting Actress and Best Visual Effects. As much as it might have been my personal pick for Best Picture, I can appreciate that expecting the Oscars to nominate a superhero movie was maybe a step too far–though can we please remember that James Cameron’s bluebuster Avatar was nominated for Best Picture. However, Tessa Thompson was revelatory as Valkyrie, with a performance that was nuanced, hilarious, and instantly iconic. It was also important, as she was the first Black woman to have a lead role in the MCU. Thanks to great writing and fantastic direction, she was never a token part of the movie. In fact, Valkyrie is Thor: Ragnarok’s messy, passionate, and heroic heart. Without Valkyrie, Thor never finds Hulk, there’s no ship to escape Sakaar, and no Revengers. Most importantly, without Thompson there’s no Valkyrie, one of the first three-dimensional women seen in the MCU; she’s a hero in her own right and not a potential love interest. Thompson would have been a deserving addition to the Best Supporting Actress nominations. I’ll be pouring one out for Valkyrie and the unfairness of her snub on Sunday, March 4 as I watch the Oscars and scream “Get Out!” at the screen anytime anyone walks on stage. It’s astounding to me that in a year when the Oscars finally started to recognize mainstream superhero movies, it chose to acknowledge the visual effects work of Guardians of the Galaxy Vol. 2 and the screenplay of Logan without including the beauty of Ragnarok. I’m surprised Thor: Ragnarok was overlooked in the VFX category. The work that Chad Wiebe and the team at ILM did was nothing short of revolutionary. In a world of grim dark superheroes, they created something vibrant. Something alive. Something that showcased multiple unique and beautiful settings, and made them real. That feat is definitely Oscar worthy.

There’s a tradition at the Oscars of celebrating a creator too late. For example, Denzel Washington got his Oscar for Training Day, but it was really for Malcolm X. The La La Land director was really getting awards for Whiplash, and going by this model Waititi should have been getting awards not only for Thor but for his beautiful, critical, and commercial smash hit, Hunt For the Wilderpeople. But just like Thor’s hammer was smashed to pieces in Ragnarok, so were my hopes for Taika Waititi’s Oscar chances.

Did you think Thor: Ragnarok was worthy of Oscar recognition? What was the movie you were hoping to see get gold that got snubbed? Let us know in the comments!