We may all be gamers, but that doesn’t mean game alike.

Sure, there are some games that most of us will probably agree on. The Legend of Zelda: Ocarina of Time? Yup, that one’s a classic. But some people prefer shooters over hunting dragons, and others would rather sit and solve puzzles all day instead of getting involved with a massive story. And that’s totally OK! There’s plenty of games out there, for every different type of gamer.

The problem is that sometimes it can be hard to tell which games you might like, and which ones are better left for somebody else.

Luckily, two researchers over at The Quantic Lab, Nick Yee and Nic Ducheneaut, have created a Gamer Motivation Profile. It’s a quick (5-7 minutes) survey, which will ask you about some of your favorite games and the games you’ve been playing recently, what systems you have, and other things about your gaming habits. For example, it asks if you like being an agent of chaos and destruction, or if you like gameplay that requires precise movements. It really gets into your head and makes you think about not only what games you enjoy, but why.

When you’re all done, you’ll get a cool customized profile, as well as a chart that shows how you ranked based on the different categories. 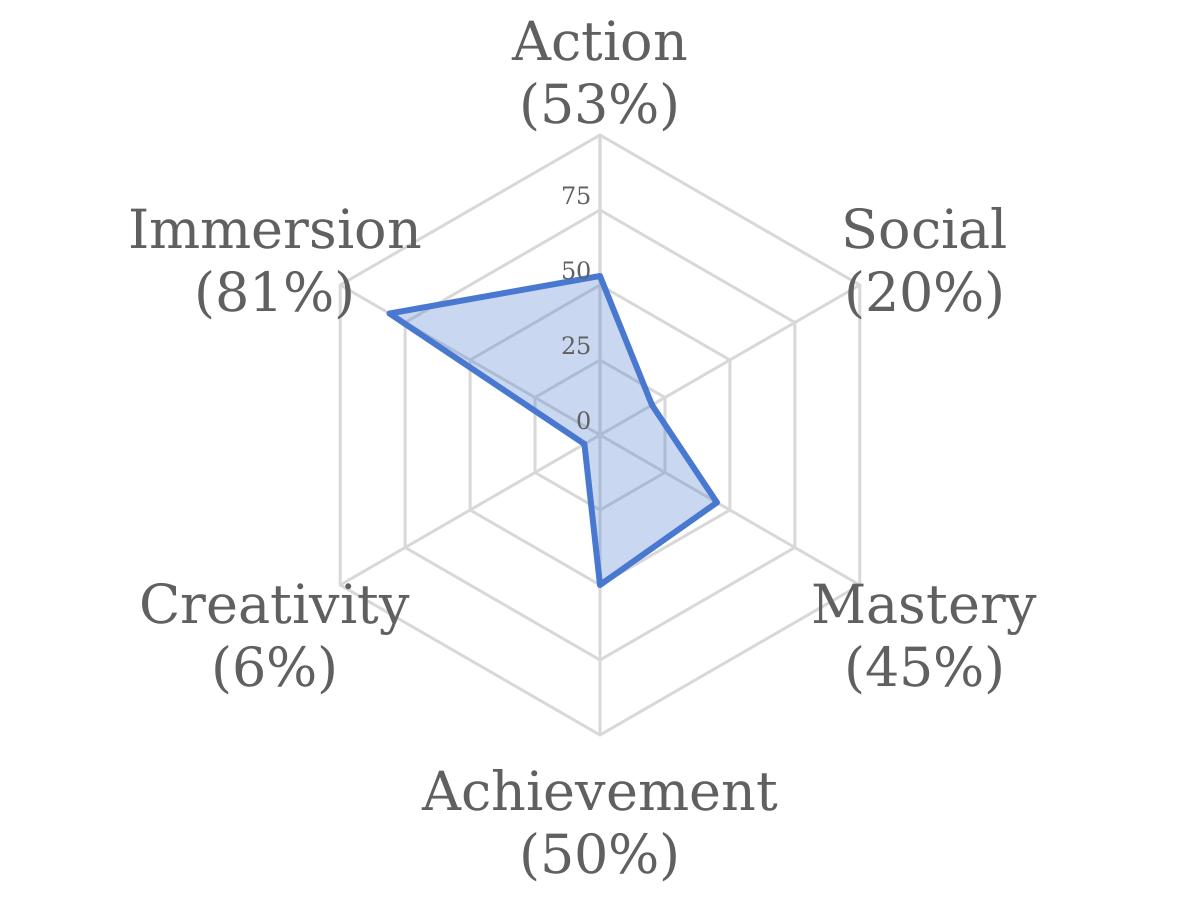 That’s what mine looked like! Apparently I really like being immersed in my games (I do… I really do). According to my results: “Gamers with high Immersion scores want games with interesting narratives, characters, and settings so they can be deeply immersed in the alternate worlds created by games.” Sounds right on the money. I’ve always said I enjoy games because they let me do things I can’t do in real life… which is probably why I’ve never been a big fan of more realistic genres like sports and racing games. I COULD go play basketball if I wanted, I just choose not to.

After that, Quantic also gives you game recommendations, based on the survey results. Some of mine included Middle-earth: Shadows of Mordor (yup, I really do need to play that), The Witcher 2: Assassins of Kings, and Grim Fandango. Sadly, it didn’t have any Nintendo games in my results, and I’m pretty sure I will never enjoy Metal Gear Solid, no matter what the results thought. But it’s still useful as a tool to help me get ideas for new games to play and titles that I probably wouldn’t have considered otherwise.

Interested in learning more about gaming research? Quantic Foundry also has a Guild Name Generator, as well as on-going research surveys asking players with they think about AR and VR technology, or about other game elements, social gaming, and game theme.

What type of gamer were you? Did you find the survey helpful in finding new game recommendations? Let us know in the comments below!