This Mini Documentary Turns The Lens on the Critter Community - Nerdist

This Mini Documentary Turns The Lens on the Critter Community

Critical Role is a live Dungeons & Dragons show featuring Dungeon Master Matthew Mercer and his troupe of fellow voice actors. Catch them every Thursday night at 7:00 PM PT on the Geek & Sundry  Twitch channel and on  Alpha.

At large gaming conventions, fans of Critical Role can’t wait to lay their eyes on the cast or check out everyone’s Mighty Nein cosplay. But at PAX Unplugged 2018, student filmmaker Deanna Amoia had her eyes on the Critters themselves. She worked up the courage to ask a few bystanders at the Critical Role meetup some questions about the fandom, and the result is actual movie magic.

Deanna has been a fan of the show since the second campaign started last year. “I was instantly hooked (like most people!) and started watching the first season while waiting for episodes from season 2,” she tells Geek & Sundry. She finished the first campaign quickly.

While the cast themselves are endlessly charming with fascinating tales to tell, as we discovered through “Between the Sheets,” it was the Critters that caught Deanna’s attention when the time came to create the final project in her documentary course.

“The show is great, but what makes it so unique are the people around it,” she says. “Here’s a community that is amazing to each other, supportive of creative pursuits, super talented, and has members all around the world! Why wouldn’t someone want to explore such a positive group?

“It was also a perfect way for me to give something back to the show and to the rest of the Critters. Seeing how everyone lifts each other up in the community was so inspiring and I felt like it needed to be showcased somewhere.” 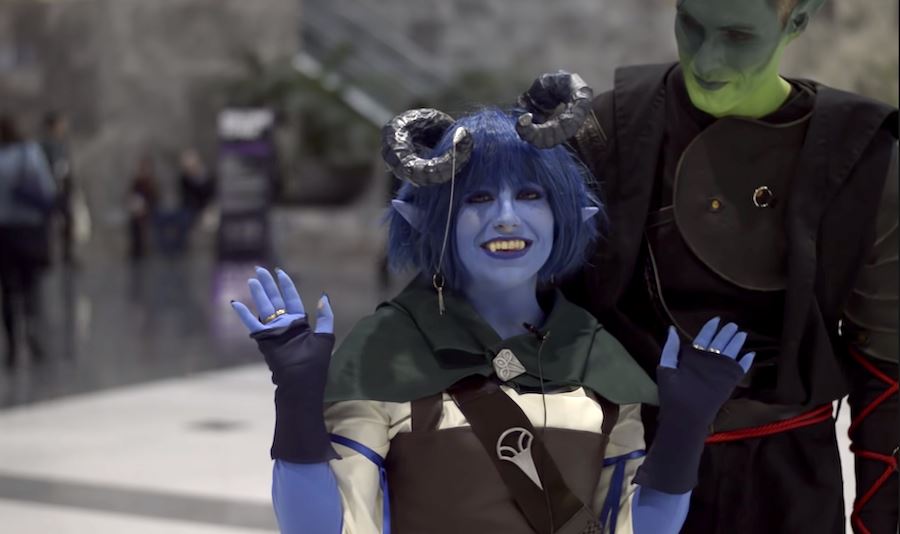 Deanna had originally planned to film longer interviews with Critical Role fans in her area, but she found it difficult to sync up schedules and willing subjects. When PAX Unplugged rolled around, she took a gamble that fans at the convention might be more in the mood to talk.

“When the meet ups finally came around and I announced to the crowd what I was doing, the response was amazing,” she recalls. “As soon as I finished with one person, there’d be another waiting their turn. The stories I heard were incredible! I even had to ask a friend to be my assistant during the biggest rush!

“Everyone was excited to be a part of my project, just like they are excited to be part of the community – it was an amazing experience.”

Deanna has other projects in the works, like an autobiographical documentary and a film about renaissance faire communities, but she also plans to return to the Critter community for a longer piece.

“I’ve spent the last month or so putting together a crew to make a more feature-length video,” she says. “We’re having our first in-person meeting in a few weeks and I can’t wait to take a deep dive into the DnD community.”