This LEGO Artist Builds Character-Critical Role Characters, That Is - Nerdist

This LEGO Artist Builds Character—Critical Role Characters, That Is

Artists, especially Critical Role fan artists, create art in all kinds of media, like paint, paper, digital, costumes, and more. But one talented artist works his magic in an eye-catching medium not often used for character fan art: Chris Maddison crafts his creations brick by brick in LEGO.

“I enjoy building in many different themes, among them character work and pop culture,” Chris says. “I’d created a LEGO d20 last summer. While working on that, I knew I had to build Vox Machina at some point, but it was just one project on a long list of projects.

“Since Vox Machina’s story will wrap up within the next few episodes, I figured building the team would make a nice contribution to this show I’ve come to love, and I carved out the time to get it done.” 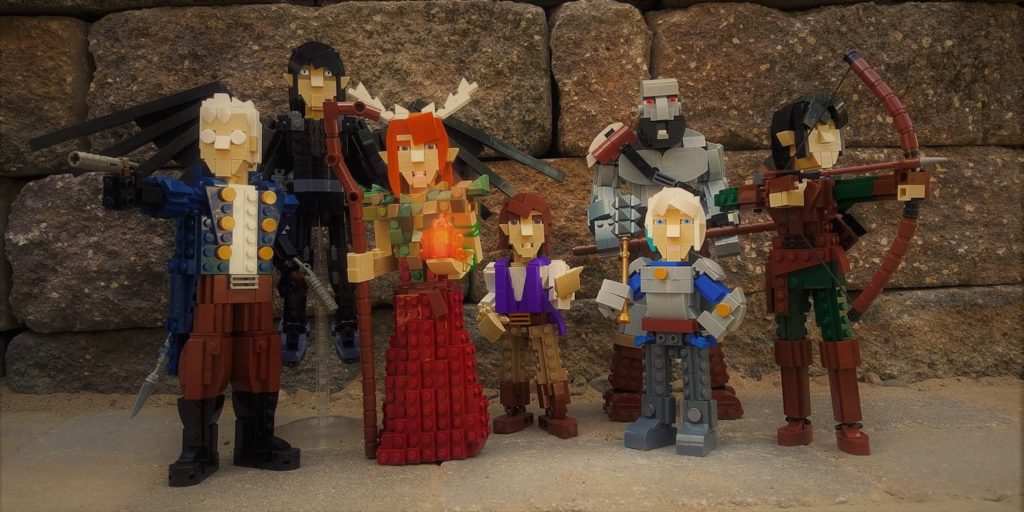 Chris has been a Critical Role fan since 2016, having checked out the show after he saw Matthew Mercer on an episode of TableTalk. “I had the first episode going as background noise while building, and was hooked,” he says. “I binged every evening through each episode I’d missed, and in a little over a month was caught up. I’ve watched each episode weekly since then.”

He begins building each character with the head, and the personality and size of the figure follow. “I worked off of a template that Eero Okkonen uses for much of his character work, tweaked it a bit, and found it to be a good fit for the scale I wanted,” Chris says. “With the severed heads of Vox Machina looking on, I started on the smallest characters first, and worked my way up.”

Scanlan was his first LEGO Vox Machina creation, and Chris estimates it took about five hours to get the figure just right. (Grog, being the largest, took eight hours.) “I always build a bit, and then rethink something, tear a bit apart, try something else, leave it alone for awhile and just think about different parts combinations, come back to it and fiddle with parts, try more things, and repeat,” he says.

Take a look at Vox Machina in the gallery below.

Inspired by Chris’s incredible Vox Machina builds to try your own hand at building your Dungeons and Dragons character out of LEGO? He has some advice for beginners. “Use the community,” Chris says. “There are so many amazingly talented builders out there, found on a variety of platforms, but primarily on Flickr. Just spend time looking at what others have done, and if something catches your eye, try to reverse engineer what they did, learning about the interesting parts combinations they used.” 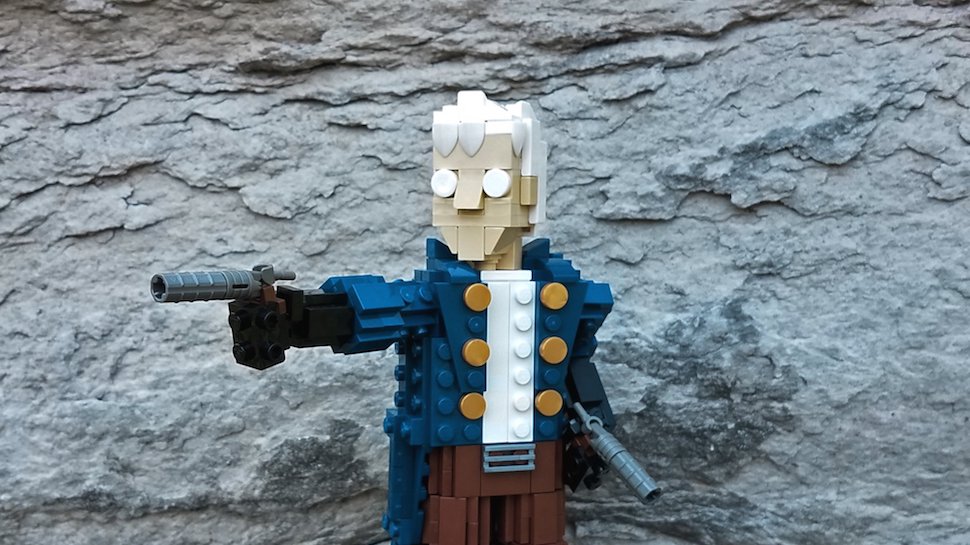 Chris also takes commissions for LEGO figures, so if you’re not up to the challenge of crafting your character brick by brick, he can build character—your character.

What other Critical Role figures or places would you love to see in LEGO form? Tell us in the comments.