This Critical Role Music Video Is a Critical Hit - Nerdist

This Critical Role Music Video Is a Critical Hit

“These guys look more like us than we do.” – Sam Riegel

This week on Talks Machina, Fan Friction Films stopped by to chat about costume creation and answer questions from the community alongside Matt Mercer and Marisha Ray. They also brought along their new music video, “Critical Hit,” performed by No More Kings.

The music video shows Vox Machina in their finest, with little quirks that fans of the show will recognize. Vex’s love of money? Check. Grog’s jar of mayonnaise? Of course. And a call of “JENGA!” when it’s time for action? Fan Friction Films definitely know their Critical Role.

The group filmed part of the video on location on the snowy slope of Big Bear Mountain, but thanks to a thoughtful photographer, they had a heater to keep warm during the shoot. (Especially Grog and Keyleth, who don’t wear a lot of layers on their wonderfully detailed costumes.) 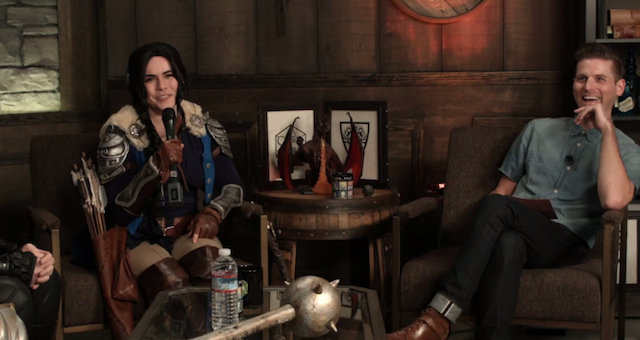 Some of the cosplay group are longtime fans of Critical Role, some have only recently started watching, but it’s obvious they all have a spot in their heart for Vox Machina. “These characters I’ve grown to love so much, they’re just flawed, really human, people,” said Julie, who cosplays Percy.

Be sure to take a look at the video description for a full list of the cast and where to find them online.

Which member of Vox Machina would you love to cosplay? Tell us in the comments.