As we learn more and more about the new heroes in Critical Role‘s second campaign, the details of their appearance and personality are uncovered piece by tantalizing piece in each episode. During the Mighty Nein’s downtime in the bathhouse in Zadash, Mollymauk Tealeaf revealed an extensive, exquisite tattoo design as he disrobed to enter the soothing water.

The peacock tattoo on his neck flows into “a big floral piece that goes down into a snake [on his forearm], that is kind of swallowing the hand,” described Taliesin Jaffe. “There is an eye in a pyramid piece with another eye illuminated above it, that seems to almost go into the hairline, all the way up the back.

“And then there’s a moon and sun connected to the shoulder piece that all interconnects. The whole [design] is very complicated.”

Professional henna artist and Critical Role fan Lia Mezzatesta took Taliesin’s description and turned it into real ink gracing her back and arms. 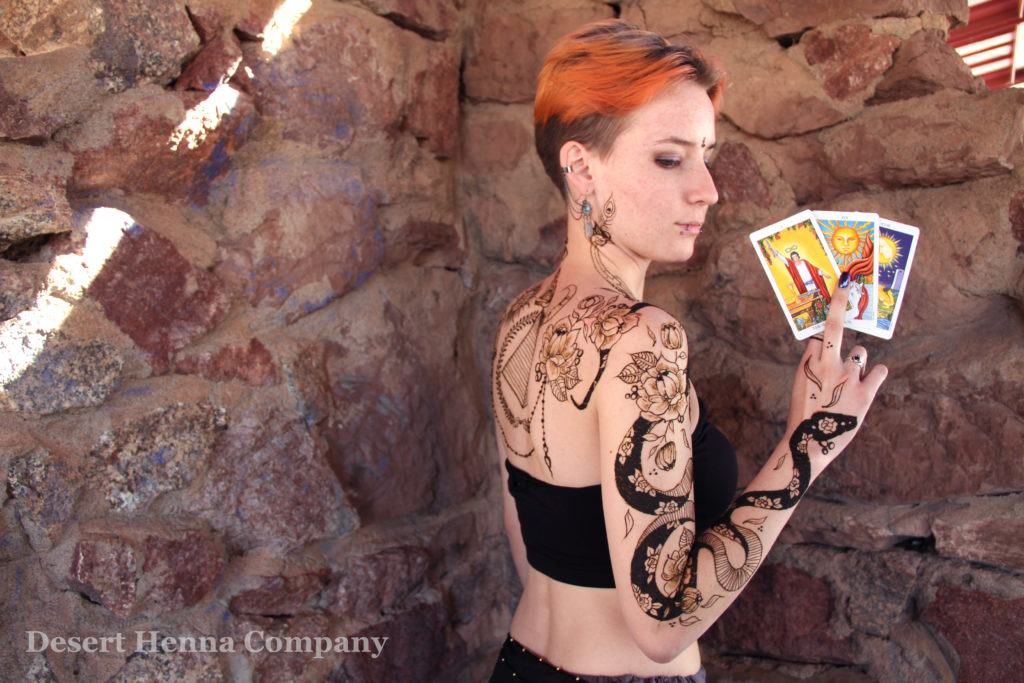 Introduced to the show by her boyfriend over a year ago, Lia declares herself as “forever obsessed.” She listened as she worked, and recently her job and her love of Critical Role connected in a beautiful way.

“A part of my job as a henna artist, and why I love doing it, is creating meaningful artwork that people carry with them,” Lia says. “I’ve always been drawn to all things goth, horror, and mystic related… So when Molly was first introduced I was very excited to see a character I could relate to. When I heard Taliesin’s description of the tattoos, I immediately thought, ‘I need to make that.’ So I did!”

Henna designs aren’t permanent tattoos, but are created with a hypoallergenic ink that Lia mixes herself. “Henna is a natural stain on the top layers of the skin that lasts from 1-2 weeks,” she says. “I mix the henna myself using high-quality henna powders, cajeput oil, lemon juice, and sugar. The acidity of the oil and lemon is what brings the dye out of the powder.” 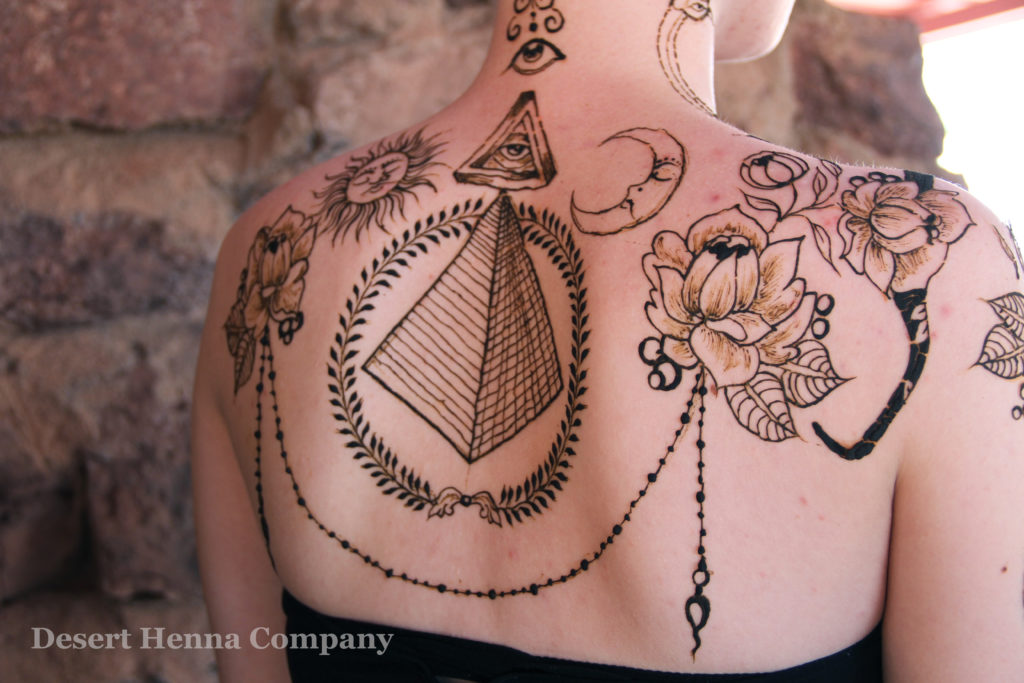 Mollymauk’s design took two hours to draw, Lia says, and then dried on her skin. “After the paste is removed,” she says, “the stain darkens from a bright orange color to a dark brown color.”

If you hope to get a similar design to bring out your inner Mollymauk, Lia suggests looking on social media to find a local artist. (If you’re in Arizona, you might even find Lia herself.) “Check out their portfolio and years of experience to make sure that artist’s style is right for you, then set up an appointment,” she advises.

She also warns against getting henna tattoos with black ink, which contains a chemical that can blister and burn the skin. “The black stain might look cool, but it is not worth the risk of damaging your skin!”

The tattoos are obviously important to Mollymauk, and they resonate with Lia as well. “When the design is something that I personally feel connected to, I feel like it becomes an even more powerful piece of art,” she says. “Henna may not be permanent, but it’s still just as important to me as the artist, and to the person receiving it.” 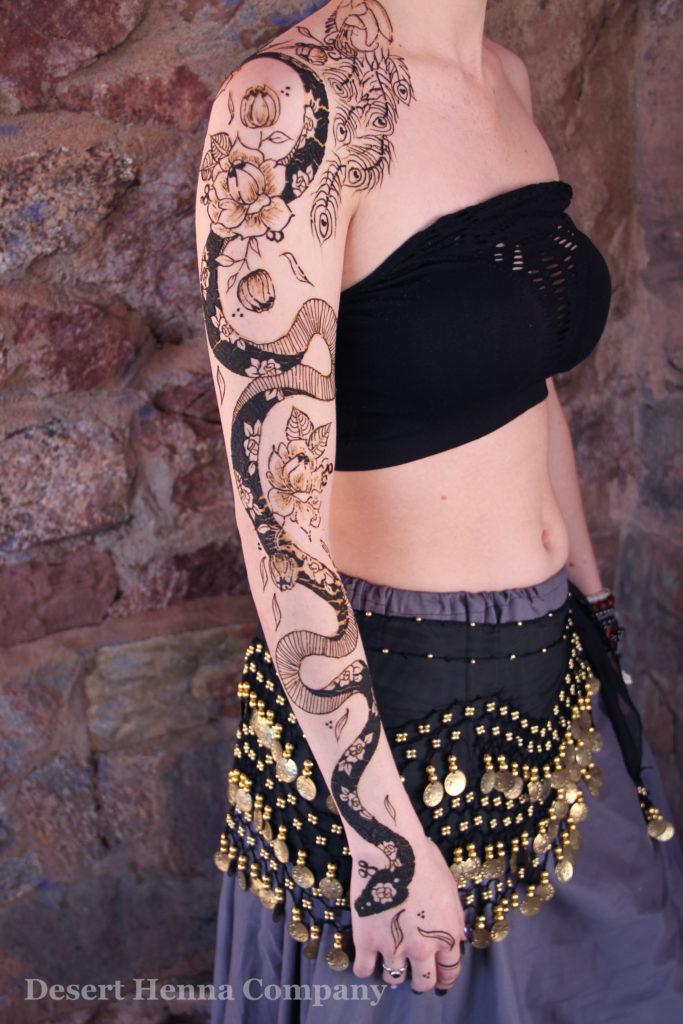