These New Classic Board Games Are Now New Apps - Nerdist

These New Classic Board Games Are Now New Apps

Board game apps are ideal for gaming on the go, playing a quick game when there’s no one else around to sit down at the table, and even for simply learning the basics of a game before playing the real thing. These new app releases are digital adaptations of recent board games that are destined to be classics.

Learn the rules and play on the go with these three new digital tabletop games for iOS and Android. 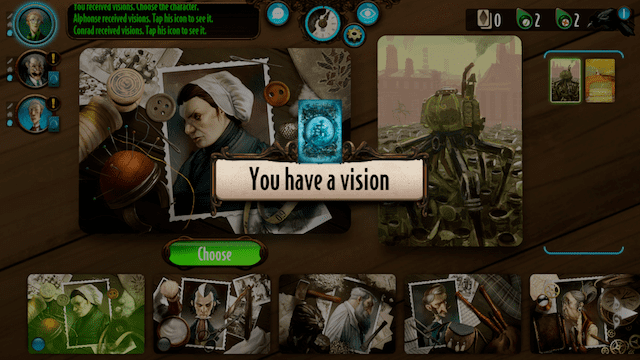 A spooky atmosphere pervades every part of the Mysterium app from Asmodee Digital. In this cooperative deduction game, you can take on the role of a psychic looking to solve a murder at the ghostly Warwick Manor in the 1920s. The app includes an exclusive Story Mode, putting you in the shoes of one of the psychics as the mystery begins to unravel.

You can also take the role of the ghost or another psychic in a solo mode with AI players or in online multiplayer mode (2-7 players). As a ghost, you must give three clues to the other players to point them to the correct suspect. Will you help find the killer? If you’re intrigued, take a look at our in-depth review of the app for more details.

While you might find yourself missing the satisfying clack of the marbles from the tabletop version, Potion Explosion is a remarkably fun digital app. Pick just the right ingredients from the glowing orbs on screen to craft a potion. Selecting ingredient combinations has never felt more like an homage to Candy Crush-type puzzle games than it does in the app. Choosing the right ingredients lets you make potions with special effects that can help you make even more potions or mess with your fellow potion brewers.

No other app will probably give you that Hogwarts feeling as much as Potion Explosion. Play solo against the computer, pass and play, or go online (with an Asmodee account) and test your potion-making skills against three other players. 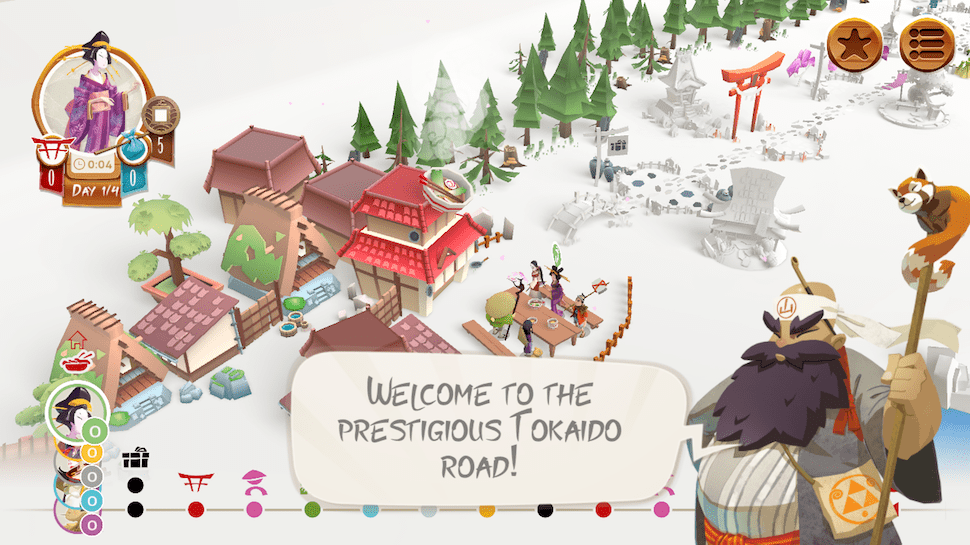 “Tokaido is the most Zen-like cutthroat game you will ever play,” said Wil Wheaton on TableTop, and the app follows closely in the board game’s footsteps. On a four-day journey from Kyoto to Edo, players will stop to eat, shop, make friends, and see the sights on a gorgeously designed 3-D game board.

As you travel, you’ll gather money, victory points, and souvenirs on the trip of a lifetime. Choose your stops carefully–donate at the shrine or gather parts of a painting, for example–to plan your trip and earn the most victory points. Play solo against AI players, pass and play, or go online in multiplayer mode to make the journey time and time again. Light, soothing colors and music make Tokaido one of the most relaxing tabletop-turned-digital games for your smartphone.

What board game would you like to see make the jump to your smartphone? Tell us in the comments.