These LEGO Weapons Are Badass! - Nerdist

These LEGO Weapons Are Badass!

LEGOs are awesome; you can build just about anything with them. Every time I go to the NYC LEGO store in Rockefeller Center, I marvel at the wall of bricks (also the dragon, which is hilarious to me). 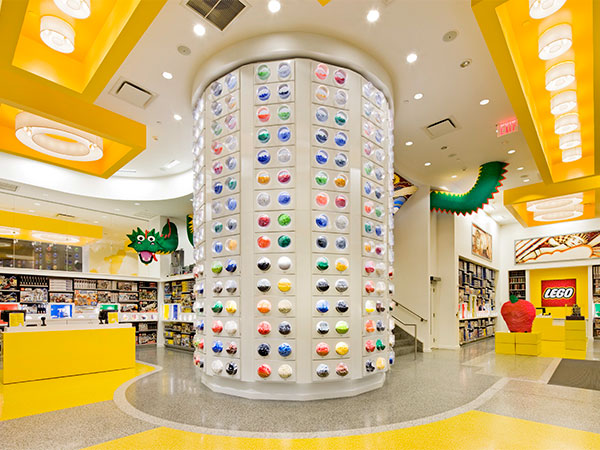 Hundreds of pods with assorted colored bricks line the wall, just waiting for a creative mind to assemble them into something special. That is exactly what ZaziNombies of YouTube has done. He takes weapons, items, and occasionally sprites from video games and renders them in real life using the little plastic cubes.

I found this video first and absolutely lost my mind when I realized it could actually fire. The zeppelin makes such a great nuke! It makes me want to build a giant LEGO Mirelurk queen to shoot, but I’m probably going to need several more zeppelins if I want to survive the encounter.

I haven’t had a chance to play Black Ops 3, but after seeing this LEGO masterpiece, I so want to try it now. This weapon is is straight out of a HP Lovecraft novel. I didn’t even know LEGO made tentacle-like bricks. The light bricks really bring the whole piece to unearthly squidish life. I also love that minifig Davy Jones from from LEGO Pirates of the Caribbean makes an appearance.

I think Thor would appreciate this build. Using around 350 bricks, ZaziNombies says the hammer-head is “solid all the way through” so it can really hurt if you swing it around. Considering this is an orc weapon wielded by Orgrim Doomhammer (one of the greatest warriors of the Horde) I would have expected it to be on a larger scale. Then again, the puny man-creature wouldn’t be able to wield it then, would he?

This video is super cool because ZaziNombies actually shows you a quick break down of the build for the drum of the Sentry Gun. Unfortunately, this one does not fire, but as he mentions in the video, ZaziNombies had to keep the weight of the drum light as it is only supported by two Technic pins. Regardless, this is an awesome piece and I could totally see Team Fortress 2 cosplayers using something like it in their photo shoots.

Are you a fan of LEGOs? What amazing creations have you assembled? Do you have any favorite creators you like to watch? Let us know in the comments below!