Tabletop fans are used to rolling dexterity checks or deck-building a better army, but there’s a genre of board games that literally requires these skills from players, where play means more than simply rolling dice or flipping over a card. Dexterity games call for players to do some sort of physical task, from flicking wooden disks in Flick ‘Em Up to stacking cards into a teetering tower that only a Rhino Hero could scale. They register high on the fun meter and instantly draw a crowd of spectators.

Here are the five of the best games that’ll challenge your dexterity skills.

It’s lunchtime at penguin school and the students are trying to grab a few early bites before their break. It won’t be easy, though, since the hall monitor is up to their wily ways! Flicking these ultra-cute, bottom-heavy penguins is no easy task, but it sure is sweet when you nab your fellow penguins … or narrowly evade them. Players take turns as the hall monitor trying to bust the students by launching right into them or, better still, with a well-timed and sneaky curve around a corner. 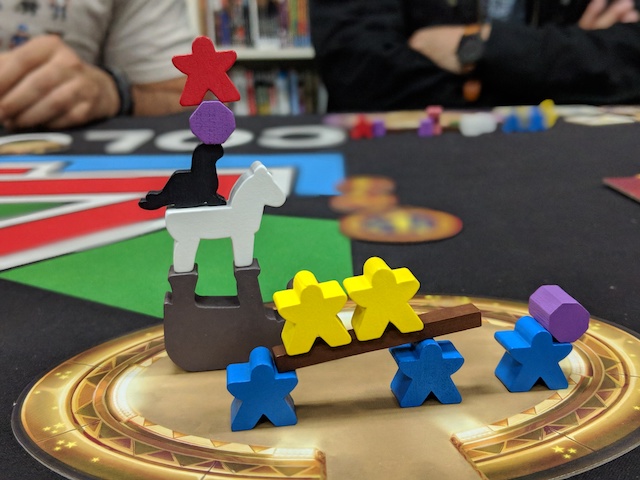 After joining the Meeple Circus, you’re almost ready for your debut under the big top. Draw cards to see what stunts will earn you victory points, then stack your meeples as high as you can for bonus points, but don’t bump the table! The first two rounds everyone plays simultaneously, but for the nerve-wracking main event you’re the only one in the spotlight as your opponents cheer (or jeer) your every move. Don’t forget to download the app so you can have enjoy the circus-music soundtrack. 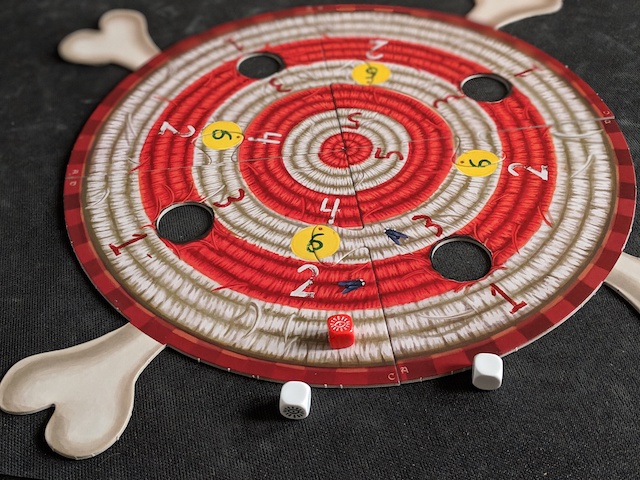 This is a classic dungeon crawl as you and your party delve deep into the dragon’s lair in search of treasure. However, when you roll dice in Dungeon Fighter, you’re aiming for specific spots on the board while often using unorthodox throwing techniques. You may find yourself throwing dice with your off-hand or behind your back or while somebody else holds your wrist! It’s insanely funny and even more difficult that it sounds: nearly everyone who plays Dungeon Fighter adds a house rule allowing a few warm-up tosses before every turn. 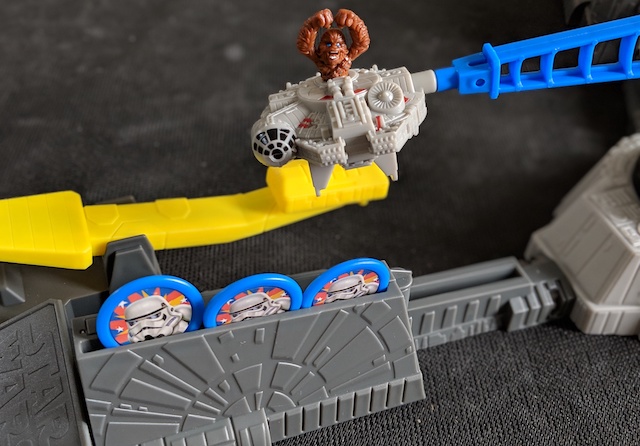 Taking the original Loopin’ Louie to a galaxy far, far away, Loopin’ Chewie ups the fun factor by swapping out the plane-riding Louie for a Millennium Falcon-piloting Chewbacca. Set the Wookiee in motion and use your lever to prevent him from knocking out your stormtroopers. The last player with a stormtrooper wins. Loopin’ Chewie is silly and more fun than you’ll admit, and it’s easy to find yourself playing multiple games on any given game night. Laugh it up, fuzzball. 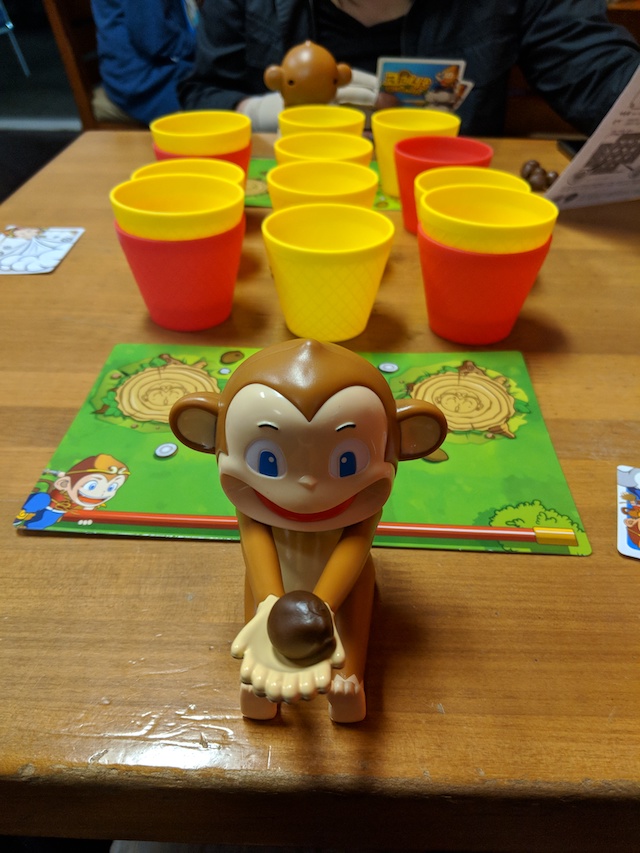 Like a carnival game on your tabletop, Coconuts will challenge your skill at launching tiny coconuts into cups. Everybody has a spring-loaded monkey that you’ll use to catapult your coconuts. Land them into a cup and move the cup in front of you. You’re always at risk of having your cup stolen if another player lands their coconut in yours. The first player to collect six cups wins.

What are your favorite dexterity games? Tell us in the comments!