If we’ve learned anything from the last three years of Critical Role, it’s that selecting the dice you’ll be rolling is a very, very important decision.

Critical Role fan and mechanical engineer Carolyn of Majestic Trinkets can make that choice a little easier on you with her intricate and unique 3D printed metal dice—and one special design is even inspired by the cast of the show themselves.

She’s been a fan of the show for two years, starting with an incredible binge marathon. “I started from the beginning and binged it with almost zero knowledge as to how D&D was played,” Carolyn recalls. “It was on basically 24/7 in my house for a couple weeks straight.”

Before Critical Role, Carolyn had never played Dungeons & Dragons, but the show soon inspired her to join a group and get in the game herself. “My D&D group is actually what got me started designing dice,” she says. “Last Christmas, I gifted each member of my party with a D20 based on them or their character.” 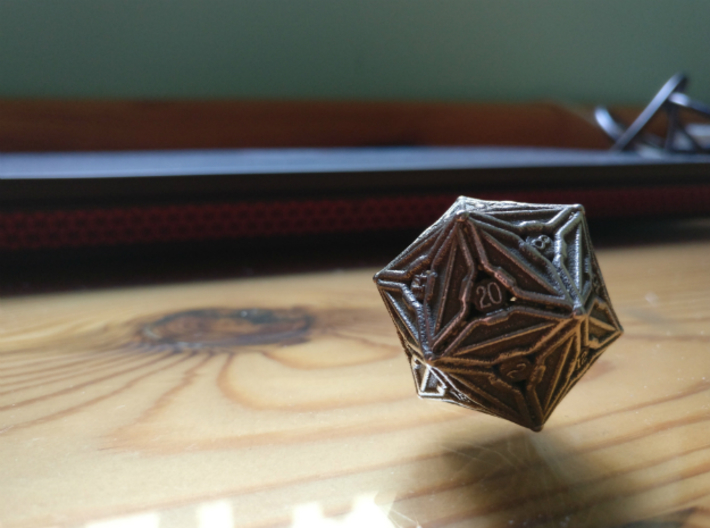 Carolyn put her day job to good use when she decided to try her hand at die designing. “I’ve been working as a mechanical engineer as my day job for almost a decade, including designing for our lab 3D printer,” she says. “When I learned about 3D printed dice on Shapeways, I knew it was something I needed to try myself. Designing dice has become my creative outlet for designing things that aren’t just functional, but fun and interesting, too.” 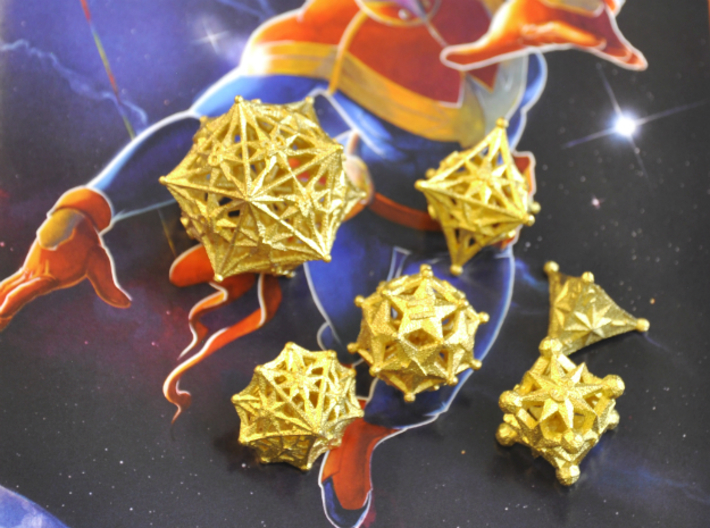 While she doesn’t call herself an artist, her designs are breathtaking mini works of art. 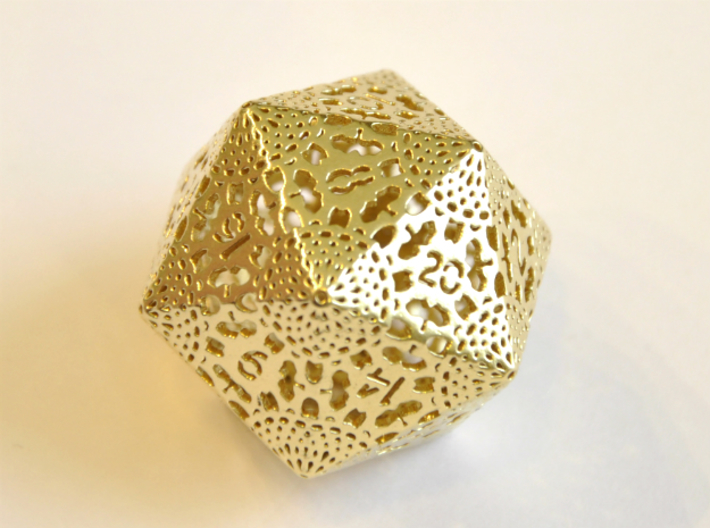 If you can’t admire the gorgeous designs without also wondering in the back of your mind if the die is balanced, Carolyn has that covered, too. “Each 3D printed die has its own personality, from design to design, but also from die to die. Because I design each one in a CAD program, the weight distribution is easy to determine through the software. From there, I add or remove material within the center of the hollow die.” 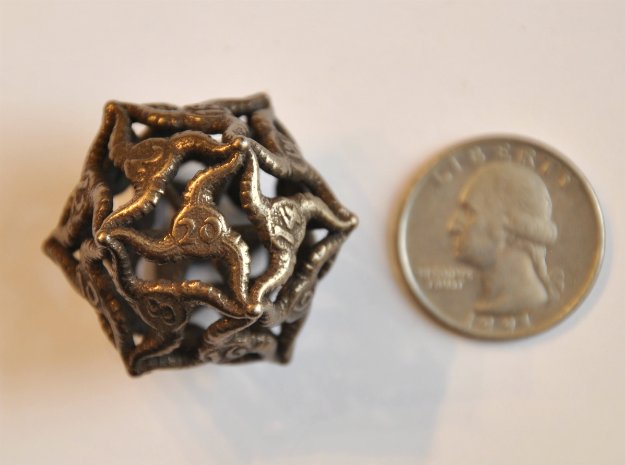 Her tiefling d20 design was inspired directly by Critical Role‘s second campaign—and two players in particular. “Before Campaign 2 started, I knew I wanted to design something to celebrate the occasion,” Carolyn says, “and the person who would probably appreciate a pretty new trinket would be Dice Queen Laura.

“When both she and Taliesin were revealed to be tieflings, what could be more fitting than a D20 made of horns? It could have been a much different design if she had introduced the Spiritual Lollipop in Episode 1…”

You can order these magnificent dice for yourself from the Majestic Trinkets shop on Shapeways. A few dice are also available on Etsy if you’re in more of a hurry to get just the right ones for a big game coming up soon.