Rivals of Waterdeep is the best official Dungeons & Dragons livestream you’re not watching. The actual play series, which made its debut at the Stream of Many Eyes earlier this year, brings together players both brand new and veteran to explore the setting of the new D&D campaign book Waterdeep: Dragon Heist.

With the series currently on hiatus until the second season starts on September 23, there’s no better time to binge-watch this compelling new D&D series.

Bringing the Rivals Together

Wizards of the Coast’s Greg Tito had the idea to merge two talented groups into one formidable force for this past summer’s Stream of Many Eyes.

“For me, it was all about bringing the casts of two popular groups together once I saw they were both in the Chicago area,” Greg tells Geek & Sundry. “I was a listener of the Spawn On Me video games podcast, and had Tanya DePass on Dragon Talk, so I knew they were awesome. I was also super impressed with the creative prowess of the team behind Dungeon Rats in how they turned a D&D session into what felt like a improvised radio play.

“So when I was recruiting groups for the Stream of Many Eyes, I contacted them and proposed what would become Rivals of Waterdeep! Their first stream went amazingly well and I’ve been encouraged by how much the players gelled around Carlos as the Dungeon Master to create some amazing D&D stories.” 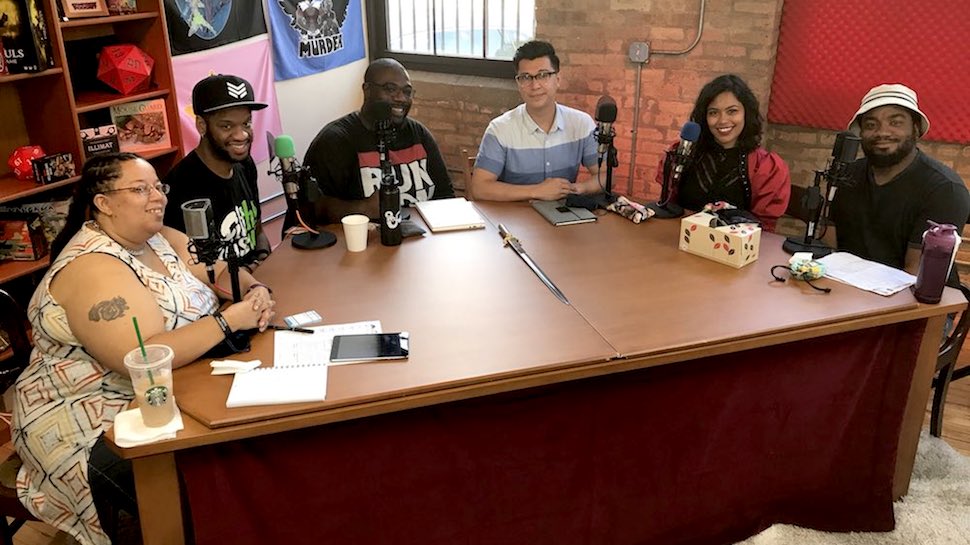 The group may be new, says Dungeon Master Carlos Luna, but they genuinely enjoy playing together already.

“We’re all very different people,” Carlos says, “and on top of that, we’re all probably not what you expect when you think ‘typical D&D player’ (whatever that is). Some have a lot of roleplaying experience, some are playing their first D&D game, but you would think that we’ve been playing with each other for years.”

All ten episodes of Rivals of Waterdeep can be found on the official Dungeons & Dragons YouTube channel. You can also download and listen to them in podcast form through iTunes, Google Play, and Spotify. Each episode clocks in around two hours, a perfect amount of time for binging through all ten in a matter of days.

Want to learn more about the story before you download? Here’s what’s happening in Waterdeep.

During their adventure in Faerûn you’ll meet the Rivals of Waterdeep themselves:

The heroes of the story are an eclectic group brought together by fate—and bad dreams. The ill omens bring them all one by one to the town of Nightstone. When the Rivals unwittingly anger Graz’zt, the prince of all demons, he curses the town and traps all 1000 people within for the next 100 years.

The demon lord’s lieutenants tell the new allies that for every 1000 (gold) dragons they bring back to Nightstone, one person can go free. So to save the inhabitants of the riverside village, the Rivals need dragons. A lot of dragons. And there’s one place that has it: Waterdeep.

You Can Go on a Dragon Heist, Too

Waterdeep: Dragon Heist, an adventure for levels 1-5, is the backdrop of the story. But don’t worry—watching Rivals of Waterdeep doesn’t mean that you’ll have any of the fun spoiled when you’re ready to take on Volothamp Geddarm’s quest yourself. 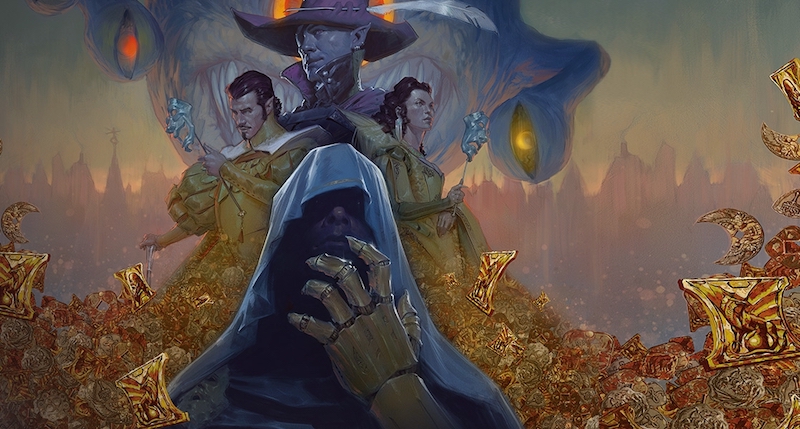 “D&D’s philosophy about streaming games with story content from our adventures has always been to live in the themes, aspects, and characters of the adventure without giving away too [much],” says Greg. “We want to preview what makes Waterdeep: Dragon Heist exciting for fans without taking away the fun of discovery groups may encounter at their own tables at home.

“As the book comes out and more time elapses, some of the streams, including Rivals of Waterdeep, may experience more of the story as written, but we generally give a great amount of leeway to the Dungeon Masters to tell whatever story they think would be exciting for their players and the audience. So far, it’s been working really well!”

Pick up the Waterdeep: Dragon Heist which is available now, and be sure to watch the new season of Rivals of Waterdeep, beginning September 23, on Sundays at 12:00 PM Central on the official Dungeons & Dragons Twitch channel.

What other fantastic D&D podcasts and streams do you love? Tell us about them in the comments!

All Photos: Rivals of Waterdeep/Wizards of the Coast