The Horror Behind THE WITCHES’ Scariest Scene - Nerdist

The Horror Behind THE WITCHES’ Scariest Scene

Nic Roeg’s 1990 adaptation of Roald Dahl’s The Witches notoriously traumatized a generation of children and it’s easy to understand why. It’s hard to choose which is more horrific: the reveal of what The Grand High Witch (Anjelica Huston) and her minions really look like, or the gruesome transformation from boy to mouse that poor Bruno (Charlie Potter) and Luke (Jasen Fisher) go through. Jim Henson and his Creature Workshop were already frightening children for around a decade by the time The Witches came around, with The Dark Crystal (1982) and Labyrinth (1986) being their chief weapons against kids—and their parents—getting a good night’s sleep. Once you factor in the utterly terrifying Return to Oz (1985), children of the ’80s either grew up hard as nails or as gibbering wrecks.

Roeg and Jim Henson fully explored their love of the dark and macabre in The Witches, pushing practical make-up effects and puppetry to the furthest stomach-churning extent they could get away with in a PG movie. However, there is a scene in the film that involves no special effects whatsoever. And it has lodged in the viewers’ collective psyche arguably even more deeply than more overtly scary scenes. It comes only four minutes into the film; it involves a cautionary tale Luke’s cigar-smoking grandmother Helga (the great Swedish actress and director Mai Zetterling) tells her grandson. This is in order to try and protect him from the witches she knows to be a very real threat. 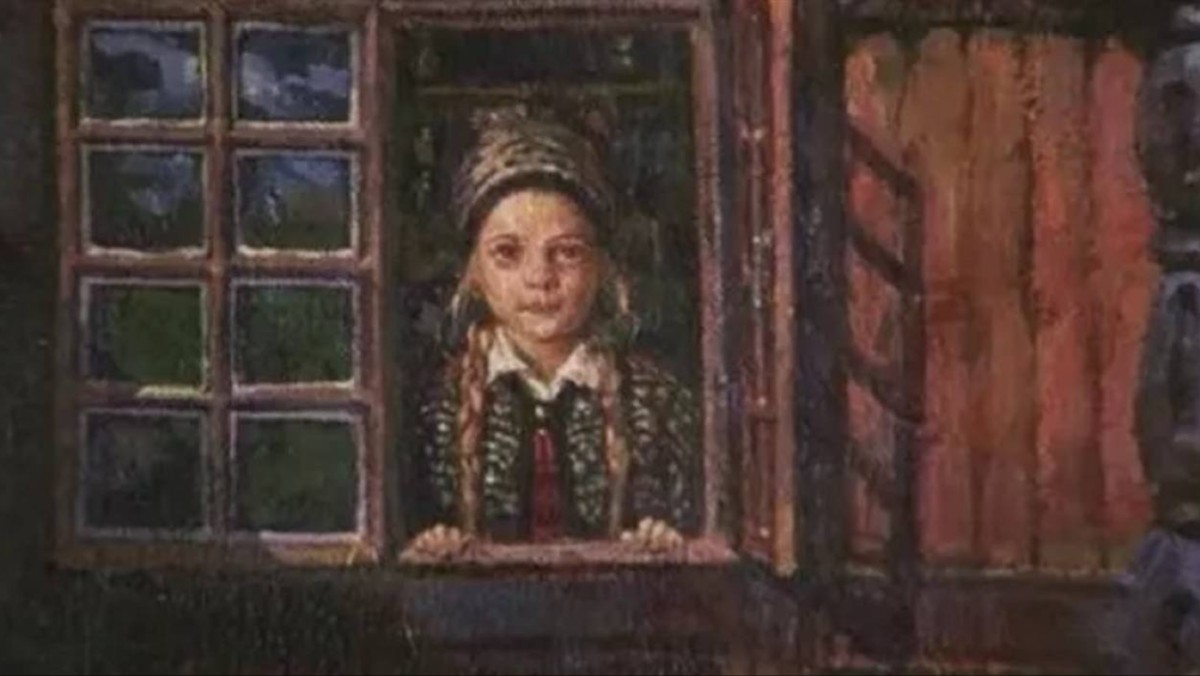 Helga tells Luke about her childhood best friend Erica. The young girl went missing and then turned up in a large painting of a farmhouse. Her father painted it, and proudly hung in their family home. “There was Erica, locked in the painting”. She remained trapped there for the rest of her life, sometimes moving into a different fixed position within the painting. Gradually, she grew older and older, until she started to disappear and was finally gone altogether. The scene lasts for less than five minutes of screen time and for just two pages of the book. So why does it have such a lasting impact?

It could be the connection to common nightmares. Erica is “motionless in the painting…gazing at us.” She can’t move. It’s like being in a dream and trying to run away from a threat. You usually feel stuck, like in mud or quicksand. In dream analysis, this is said to be connected to a feeling of powerlessness over our lives. The inability to move can take an even more frightening form when it briefly spills out into wakefulness, as with sleep paralysis. Sleep paralysis has been a common feature of horror texts, most recently Netflix’s The Haunting of Hill House.

The painting may also remind us of being buried alive, a horror trope exploited in The Vanishing (1993), Kill Bill Vol. 2 (2004), and Buried (2010), among others. Erica can’t communicate, meaning she has a loss of control. Imagine spending the rest of your life watching your friends and family living their lives; they carry on without you, but you can’t talk to them.

Erica’s story in The Witches begs a question. Which is worse: to be the haunted or the one who haunts? When you consider the fact that ghosts are stuck—in purgatory or limbo, unable to move on—perhaps our reaction to ghosts shouldn’t be fear, but pity. As we see in Alejandro Amenábar’s masterful horror The Others, the ramping up of the horror comes in the realization that (spoiler alert) the haunted are, in fact, ghosts themselves.

In The Three Cases of Murder (1955), the first story is In the Picture (directed by Wendy Toye) and similarly features a painter (Alan Badel) who is doomed to remain in his own painting, obsessing over details which would complete it and give him the satisfaction that it is finally finished. The one thing that he and the other inhabitants crave more than anything is matches and candles, warmth and light. “There are many brands of damnation; we inhabit a colder side of limbo.”

The gory practical effects of The Witches certainly provoke revulsion and, when combined with the central conceit of a cult of supernaturally evil women on a genocidal crusade against children, is horrific enough in its own way. But perhaps the psychological trauma of watching poor Erica trapped in a painting burrows its way deeper under our skin. And maybe it takes up a more permanent residence in our psyche. The Witches has a flavor of horror for everyone, from instantly gratifying scary thrills, to those that leave us with a lasting feeling of dread. The 2020 version has a lot to live up to.