THE WALKING DEAD: WORLD BEYOND Might Prep Fans For A Rick Grimes Movie - Nerdist

THE WALKING DEAD: WORLD BEYOND Might Prep Fans For A Rick Grimes Movie

The Walking Dead: World Beyond will stand apart from other Walking Dead shows by exploring a coming-of-age story with protagonists braving a walker infested world for the first time. The show is also different because there is already a definitive endgame in mind. According to the show’s Twitter page, World Beyond will only have two 10-episode seasons so it’s more like an extended miniseries. When you look its estimated timeline and content (so far), it all adds up to an almost certain connection to the first Rick Grimes movie. Here’s how World Beyond’s story could shed light on Rick’s predicament and lead right into the first movie’s debut.

The Universe and Real-Life Timelines Align

Shows in the Dead universe air at different times to keep the franchise’s TV content flowing pretty much all year long. World Beyond’s debut is April 12 following The Walking Dead‘s season 10 finale. There are only 10 episodes in a season so it’s not likely that it follow it’s predecessors format of airing the first half, taking a break, and finishing with a second half of the season. This means World Beyond will run season one from April until early June—just in time for Fear the Walking Dead’s return.

If AMC keeps this same format, then World Beyond’s second and final season will run during the same time period in 2021. World Beyond creator and Walking Dead mastermind Scott Gimple previously revealed to Entertainment Weekly that World Beyond would tie into other parts of this universe. World Beyond and The Walking Dead are confirmed to be very close in timelines and presumably the Rick Grimes movie will do a bit of flashing back before getting in line with current times too.

Interestingly, World Beyond’s characters originate from Nebraska, a state mentioned way back in The Walking Dead’s season two episode “Nebraska.” In that episode, Rick, Herschel, and Glenn encountered two unsavory dudes who said there were rumors about a train taking people from Montgomery, Alabama to Nebraska to rebuild because of the low population and abundance of guns. It appears that they were not lying after all.

Gimple also talked about refining and finishing up the script for the Rick Grimes movies. And there have been a few fan sightings of Andrew Lincoln in the United States and working on his bow and arrow skills while sporting a very Rick Grimes beard. It’s possible that this movie could be going into production sometime this summer or fall with an anticipated 2021 release date. That would line everything up for World Beyond’s finale to somehow set the stage for what will happen in the movies. The wait for the movies has been long enough already so the Rick movie needs to be in theaters before the end of next year.

World Beyond’s promo has heavily featured the CRM—aka the antagonistic group with the helicopters and A/B classification system. The group’s helicopters and a leader, Elizabeth, were shown in the trailer shooting down people and declaring that they will rule the world. World Beyond will certainly focus on the younger protagonists’ journeys outside of their protected community but it also opens the door to learn about the group that took Rick.

Viewers have been curious about this helicopter group for a couple of seasons now, so it’s time for more answers. Is Elizabeth really the official leader of the CRM or just a mini-boss? How did this group come to fruition? Where are all the CRM communities located? What are their ultimate plans and how did they get Jadis into their kidnapping scheme? There’s honestly a lot to be uncovered here that will help fans have a better foundation for Rick’s predicament in the film.

If this group is as dangerous and controlling as we have been led to believe, then it’s obvious why Rick hasn’t been able to escape. Also, Virgil’s community may have some tie to the CRM that leads to Michonne being taken away too. Maybe Maggie and Georgie have interacted with the CRM and had no idea that Rick is in one of its communities. 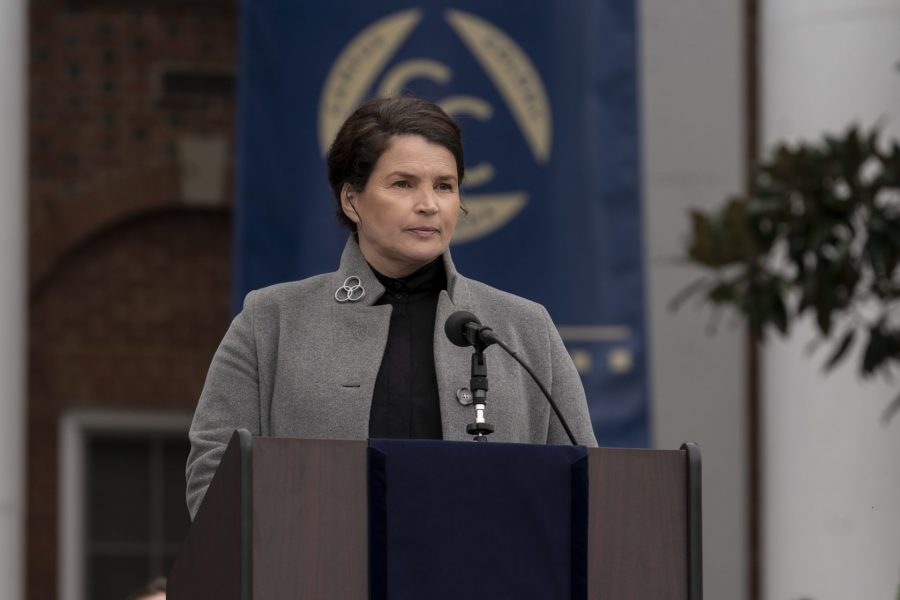 Rick and characters from other shows probably won’t pop up on this series but there will surely be a few universe references and Easter eggs related to Rick hidden for fans to think about along the way. Yeah, it would be very, very cool for the show’s last scene to show Rick Grimes but this isn’t his story so it doesn’t make sense. But at least fans can look for some random name drops or offhand comments to get the theories going, right?

The Walking Dead: World Beyond may be telling its own story but all roads could be leading towards getting the fandom ready for Rick’s triumphant return.