The Walking Dead gaming universe continues to expand with The Walking Dead: Saints & Sinners. As reported by IGN, the upcoming virtual reality game has a first person setup and will release on January 23, 2020. However, a few lucky and interested fans will get to learn more about and presumably play a demo of the game at its NYCC booth this weekend.

The Walking Dead: Saints & Sinners’ official website reveals a ton of great details about its backstory and objectives. Three years have passed since the initial outbreak and New Orleans is almost recognizable with herds of walkers, flooding, and constant fighting against the living and the dead. The 15+ hour game allows players to take on a first-person approach as they fight off threats, make unthinkable choices, and decide if they want to be a saint or a sinner.

There are also two factions set up in the city to make things even more difficult. The Tower wants to have New Orleans under their laws and demands unquestionable loyalty from all. It’s loosely similar to the Commonwealth from the comic series with a lot of people and a very regimented way of life. Then there is The Reclaimed – a group who demands freedom from the rules of the old world. They probably aren’t wearing dead people’s faces like the Whisperers but they certainly are the wrong people to have for enemies. Which one is the right choice? Well, there’s a price for everything in the zombie apocalypse.

There’s no way to pre-order The Walking Dead Saints & Sinners yet, but that news may come soon considering its recently released trailer. The clip shows a girl skipping home in an idyllic community. She waves to the local fireman and happily receives a new backpack from her mom. Everything quickly goes downhill when the news reports a deadly outbreak and the night gets even worse. Their home is quickly abandoned after a bombing with everything, including her backpack, left behind. Some time later, the aforementioned firefighter breaks in to take her backpack. He goes on the run, fights zombies, and loses the backpack to a woman who gets the upper hand. His fate is unclear, but the woman who snatched the backpack isn’t so luck because she’s roaming the streets as a zombie now. Her never-ending misery ends when an ax slices her head. 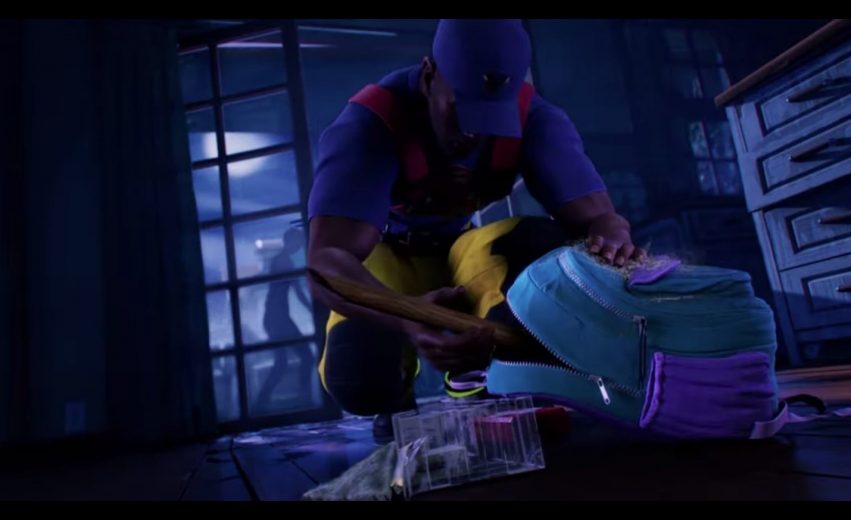 The culprit is unsurprisingly the girl, who is still wearing the same necklace and presumably relieved to get a piece of her old life back. She’s rocking a short haircut and a hardened look from presumably surviving on her own. The entire trailer plays “When the Saints Go Marching In” and slowly transforms the song into a darker tune as the world devolves. It’s an intriguing clip that shows this familiar story of survival in a location that the TV shows and other games haven’t explored yet.

The Walking Dead: Saints & Sinners will be available through Steam and the Oculus store but it’s likely that other options will be announced soon. So get ready to fully immerse yourself in the apocalypse and try to survive the streets of New Orleans.