What Can We Expect From THE WALKING DEAD's Highwaymen? - Nerdist

What Can We Expect From THE WALKING DEAD’s Highwaymen?

Warning: SPOILERS within for The Walking Dead episode “Chokepoint.”

Finally, that seemingly pointless flashback detour by Ezekiel and Carol to steal a movie projector bulb has actually moved the plot forward. It all led to the reveal of a symbol that one might have easily assumed meant Whisperer territory, but it turns out it’s from a new group called the Highwaymen. And just as that side mission apparently provoked them into revealing themselves, so too did it provide the means to calm them down, at least momentarily, as they proved to be Just Like Us and susceptible to the charms of seeing a movie. At arrow-point, anyway. [mpx_video type=”alpha” guid=”NubU_rTpPNKNcmTIjLTo8S5WzsU6qzid”] But with the Highwaymen not being specifically from the comics, unlike the Whisperers, we don’t really have any way of knowing what we’re getting from them. So let’s look at what the most likely possibilities are. 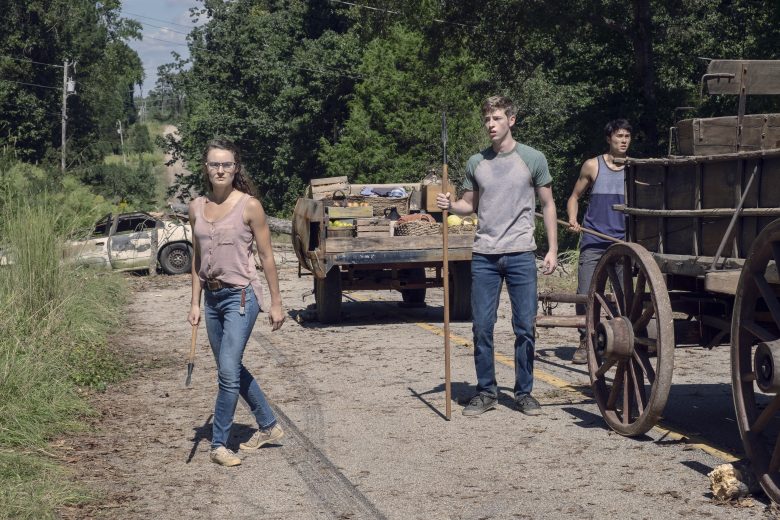 They are exactly what they appear to be.

This would be pretty anti-climactic, honestly. They’re robbers who have the gumption to stand up to Carol and Ezekiel and take on the Kingdom, yet stupid enough to fall into a really obvious trap, and desperate enough to be won over by the promise of seeing a movie? As Carol notes from reading their ransom note, they are clearly intelligent and articulate, and like King Ezekiel, may be affecting personas that they know will inspire people. But they are clearly not fools, and it seems unlikely they’d naturally become good allies so quickly.

The Whisperers are a red herring.

Once again this week, the Whisperers take a swing at becoming more intimidating, and once again, they fail. Big deal—Henry gets wounded. Daryl and Connie actually kill a couple, and that’s before Daryl manages to take on the toughest they’ve got, Beta, in a one-on-one fight, and wins by tossing him down an elevator shaft (though of course the big man’s not dead yet). This is not how you write serious villains. If we already know the main hero can beat the main villain, what’s the jeopardy? 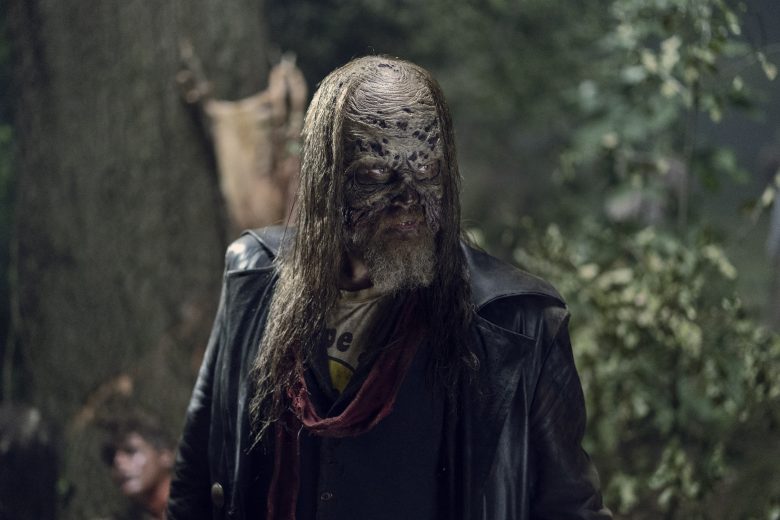 Well, maybe, just maybe, the real jeopardy is what you don’t see coming. What if the Whisperers are a red herring, using viewers’ knowledge of the comics against them with a twist they’d never expect? Let’s face it, Samantha Morton doesn’t need a long-term TV contract. And we’ve already substituted Henry for Carl, and seen Daryl in a bit of a Rick role (and he’s never gonna give that up, never gonna let you down…). What if the Highwaymen end up actually filling the Whisperer role? This is the sort of swerve the show likes to pull.

The Highwaymen ARE Whisperers (or good allies).

Given all we know about the Whisperers, this seems unlikely, but it would be a smart play for the skin-wearers to develop a covert operations team that look just like their foes. Or at least ally with them while it’s convenient, and the way the Highwaymen hid among mannequins to conceal their numbers was a total Whisperer-style move. However, since nothing Alpha has done thus far is particularly smart, and her sole reason for being is apparently to be sadistic, she doesn’t seem like the type to make friends. 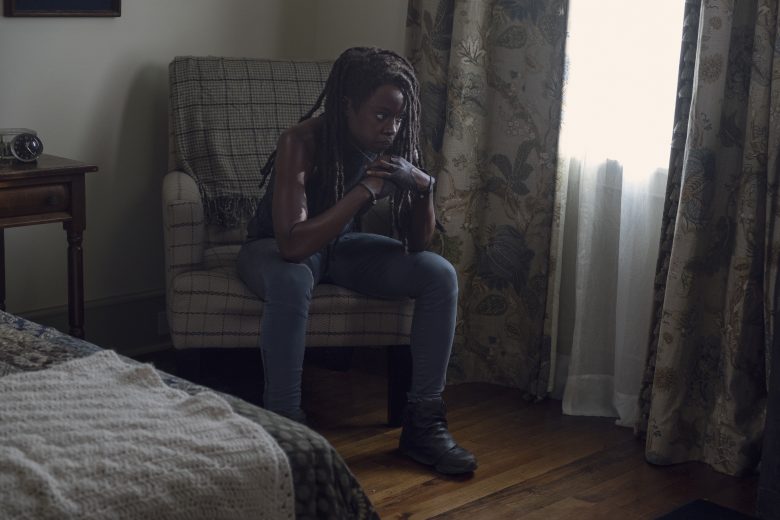 The Highwaymen are the reason the communities don’t talk.

While the Highwaymen appear to be a threat exclusive to the Kingdom, the flashback that introduced them also introduced the idea of a new Constitution establishing a government between communities. Clearly that didn’t happen, and bad blood has gone down during the time jump, but why bring it up in that particular storyline if the Highwaymen didn’t have something to do with all of it? We haven’t yet gotten an explanation for the mysterious scars on Daryl and Michonne’s backs, but it wouldn’t be too shocking to find out the Highwaymen are somehow responsible, because it absolutely benefits them to have divided communities and unpoliced roads between.

This may be the longest of longshots, but if the show is intent on doing the Whisperer War as close to the comics as it can, there needs to be a Rick Grimes figure, and while Daryl is doing some of that lifting now, he’s also clearly alienated and likely to remain so for a while. We don’t know much about Ozzy (The Insidious series’ Angus Sampson) except that he’s a leader, he’s pragmatic, he’s not stupid, and he has a cool hat (alas, there are no official stills of him available just yet). Superficially, he could be a new Rick.

Or if he’s really as easy to beat as he seems, a new Eugene.