The Walking Dead always leaves fans with a ton of questions to ponder over its frequent breaks. A lot of people are wondering what happened to Lydia, how Michonne will make her exit, and if new comic characters (and communities) will make their debuts this season. But the biggest immediate question is about the massive cliffhanger in the cave. Carol, Daryl, Connie, Kelly, Magna, Aaron, and Jerry will have to fight thousands of walkers to make it out of Alpha’s trap. Did it make sense for all of these people to run after Carol, who is clearly on some wild stuff, into a dark cave? Not at all, but that’s where we are now. So who will die in The Walking Dead’s cave escape? Because, let’s face it, The Walking Dead has to kill someone off in the premiere.

Years ago, viewers would have had to rely purely on speculation alone to figure this out. Now it is different because so many things are released ahead of time containing blatant clues about future episodes. These photos and trailers are a surefire way to spot characters and eliminate potential victims.

It goes without saying that neither Carol nor Daryl will die. Per The Hollywood Reporter, actors Melissa McBride and Norman Reedus inked big deals with the franchise in 2018 for three more years, so they are sticking around this universe. Both characters were prominently featured in the Season 10B trailer outside of the cave.

In the clip, Judith gives Daryl his vest back after repairing one of the wings and he’s later seen wielding a weapon inside of what appears to be Alexandria’s walls. Also, Daryl is the new Rick Grimes of the TV show so he has an abundance of plot armor on his side. Carol is seen talking with Ezekiel and at a Hilltop battle so she’s eliminated too.

Aaron may not have the same security as Carol and Daryl, but he’s clearly seen fighting at Hilltop in the trailer too. In fact, they put him right in the middle with no regards to keeping any kind of mystery surrounding his fate. The longtime Alexandria resident has been building a relationship with Gamma and he’s an important member of the council. Father Gabriel’s days are looking numbered, especially as becomes more out of character, and Michonne is leaving so Aaron will play an even bigger role at keeping this community together.

A recently released photo of Season 10B also shows Jerry lurking in the background. A lot of people thought he was going to die after seeing him stuck and screaming for his life while trying to escape the cave. Honestly, its a miracle that he’s still alive at all considering the normal fate of jovial and hopeful people on this show. It seemed a little too on the nose to show him basically dying in a clip, so it’s no surprise that Jerry will survive The Walking Dead cave conundrum to joke another day. 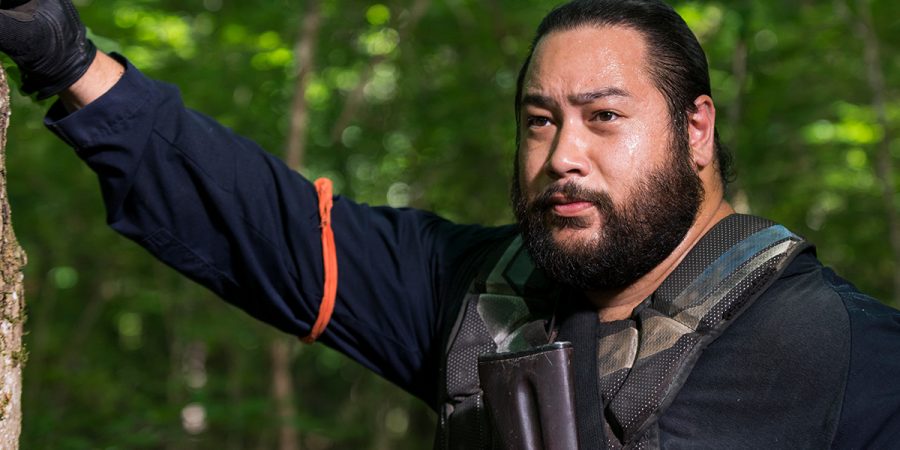 It was more difficult to determine Kelly’s fate but YouTuber dudeguys was able to grab a screenshot of her fighting with her fellow Hilltop residents. So, that leaves only Connie and Magna, who haven’t been seen in any promotional material outside of photos in the cave. It would be a shocking turn of events to kill either of them for several reasons.

Magna hasn’t done a lot on the show yet despite being a major comic character but there were hints of her starting to develop. The first half of Season 10 dipped into her complicated relationship with Yumiko and her issues with adjusting to the Hilltop. Why kill her off so soon without showing any growth at all, especially with all the hype surrounding her arrival in Season 9? 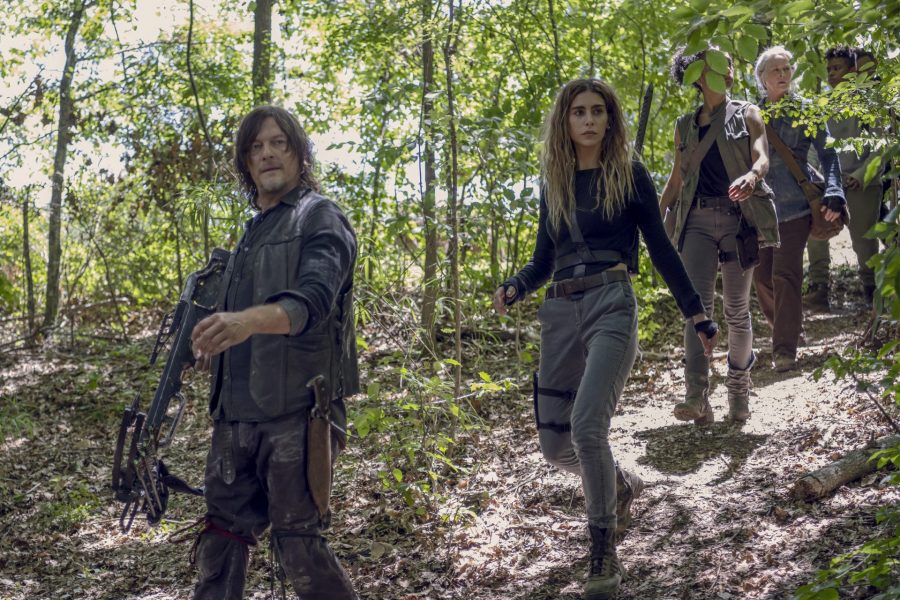 It makes even less sense to kill Connie. She is undoubtedly one of the most popular new editions to the show who brought new energy in several ways. The character, who is deaf, opened a lot of fans up to a new experience of the apocalypse and drew people in because of her bravery. Her growing relationship with Daryl had all the seeds to be the next big romance on the show. It wouldn’t make sense to cut that development short, especially since the character was just introduced last season. This world needs someone like Connie but, unfortunately, she may be used to cause a rift between Carol and Daryl.

There’s always a chance that the show could trick fans somehow and make us think that Connie or Magna are dead but they somehow survive and are really alive. It didn’t go over well before with Glenn’s dumpster fiasco but perhaps they can find a way to make this person a secret weapon who shows up episodes later to help in the conflict. It really depends on how they frame the death and if we actually see it or not. Fake deaths can be annoying but there are a lot of people who would rather see Connie and/or Magna not die because Carol can’t control her emotions.

All signs are pointing towards The Walking Dead’s cave fiasco leading to a sad result for Magna’s group. Who do you think is more likely to make it out alive between Connie and Magna? Let us know below.