The Vengeful History Before God of War’s New Norse Adventure

As a term, “iconoclast” gets thrown around a little easily. Kratos, however, has proven to be its absolute embodiment throughout the seven odd God of War games. The series’ premise boils down to a very, very, very angry Spartan warrior taking bloody revenge on the entire pantheon of Greek mythology. Gods, demigods, titans, monsters–he slays them all. In fact, Kratos basically runs out of heads to collect after the franchise’s fourth major installment, Ascension. What’s a warrior to do when he’s killed all the gods he’s sworn vengeance on? Simple. Just move on to another pantheon.

That’s the premise of the new God of War game Sony unveiled at E3 this year. Kratos has sailed seas, migrating from the Mediterranean to the Norwegian, and will now be picking fights with frost giants, Fenris wolves, and Odin, presumably. Drink up the photo-real adventure previewed in this gameplay clip, then come back after the jump for a quick primer on why this is something fans have both hoped for and expected for over half a decade, now.

Notice the little idols Charlie plays with at the very beginning? Or the big-ass scar on Kratos’ gut? Even though this new game radically shifts the location and era, it still keeps continuity with prior installments, and continues to play on players’ expectations.

The first God of War introduces a new Greek (anti)hero in the mold of Jason, Theseus, and Hercules, et al. This Spartan captain, Kratos, once did the dirty work of Ares, the god of war. He was gifted the absurdly destructive Blades of Chaos by Ares, but was then tricked into killing his wife and child during a raid. Kratos immediately renounced his boss, then allied with the goddess Athena. Throughout the rest of the game, they work together to bring the god of war down.

Kratos succeeds, and takes Ares’ title, embodying the series’ title himself–but he doesn’t get along with the other Olympians. God of War II opens with him being betrayed by Zeus and stripped of all godly powers. Back at the bottom again, Kratos then collects the magic weapons of other half-god heroes and seeks out the Sisters of Fate in a bid to re-write his destiny. Along the way, he teams up with the Titans, displaced deities who also have major beef with Zeus and all the other Olympians. 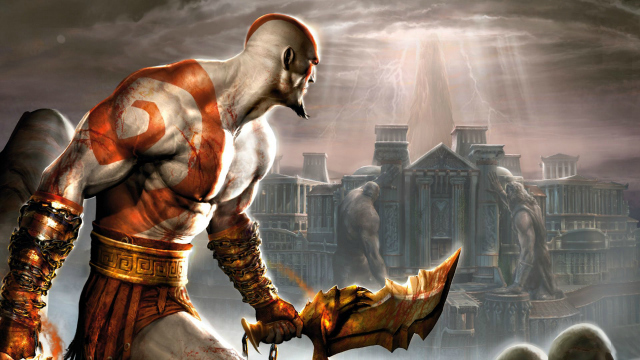 God of War III is one, long battle up Mount Olympus, as Kratos and the Titans cut through every remaining Greek god. However, it might as well end with a coy title card reading “The End…?” After Kratos slays Zeus, he staggers away with a big ass sword wound in his abdomen. When it seems our hero may have perished, an ambiguous cutaway reveals that his dying site is empty, and a trail of blood leads off to somewhere. Fans all assumed Kratos had wandered off to challenge another pantheon.

As if to purposely tease expectations, the fourth game, Ascension, is actually a prequel showing more of Kratos’ exploits while still a servant of Ares. This era had been previously explored in the mobile spin-off, Chains of Olympus. Another spin-off, Ghost of Sparta, is a “gaiden” set between the first two installments, wherein a still-godly Kratos reunites with his long-lost brother, Deimos, for a battle against Thanatos, the god of Death. However, the Spartan’s present has been left unaddressed since 2010.

That is, of course, until now. 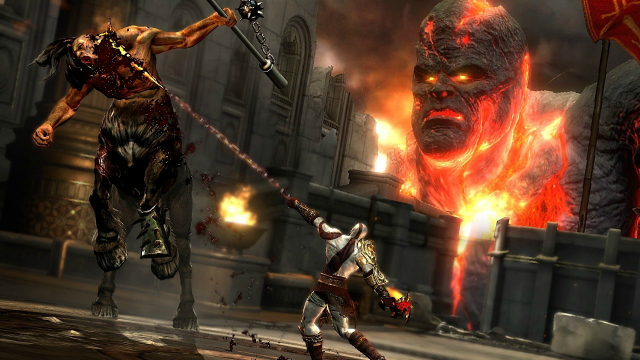 It’s been easy for fans to picture this series going on forever, with Kratos inserting himself into Egyptian, Aztec, Shinto, Maya, and Mesopotamian mythologies. And that could still happen, but he’s starting with Norse myth, for now. He’s made a new family and calmed down a bit, but we’ll see how long either lasts before he’s butting heads with the Aesir’s god of war, Tyr.

Has this new God of War game got your blood racing? Would you have pointed Kratos’ adventures in a direction? Which pantheons should he take down next? Hit the talkback.