THE UMBRELLA ACADEMY Gives the 7 Hargreeves Siblings Their Own Posters

Given that there’s been talk of some sort of live-action adaptation of The Umbrella Academy since around 2010, fans of the comic book fans have taken to wondering if this was going to be one of those eternally in-development projects. But today, we don’t just have new images from the Netflix adaptation to prove that Gerard Way’s vision is finally heading to the screen. Fresh out of New York Comic Con, we also have seven character posters!The Umbrella Academy‘s main characters are the Hargreeves family, seven misfits with super-powers (mostly) who come together to solve the mystery of their father’s death, and perhaps stop an imminent apocalypse. Up first is Spaceboy (Tom Hopper), and while you can’t see it in this picture, he’s a human head on the body of a space gorilla, which should be enough to get you to watch right there.Next we have the Kraken (David Castaneda), who’s skilled at knife-throwing and is able to hold his breath indefinitely. 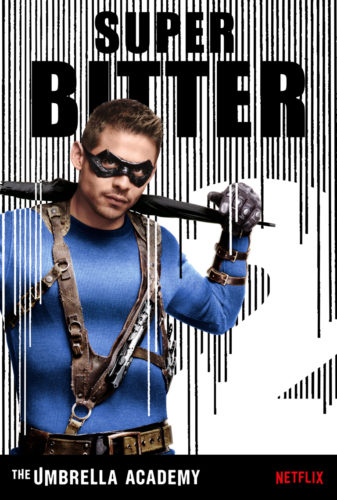 The Rumor (Emmy Raver-Lampan) has the ability to change reality by lying, so if she ever wants to be a politician, she has a bright future.The Seance (Robert Sheehan) is a necromancer who can levitate and move things with his mind…but only when barefoot. Call it a force of Hobbit. 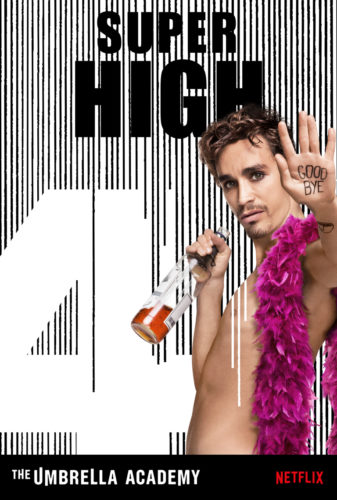 The Boy (Aidan Gallagher) is a perfect assassin who can move faster than light. He’s also permanently ten years old, which might be an issue if this series continues. 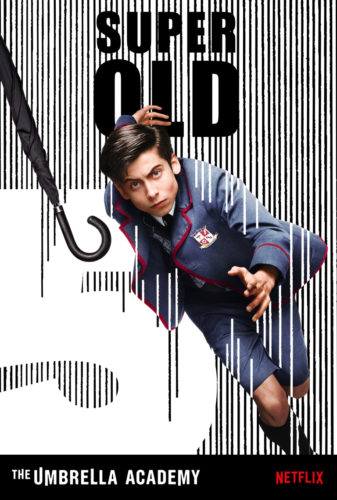 The Horror (?) is…dead. We won’t say any more than that for now. 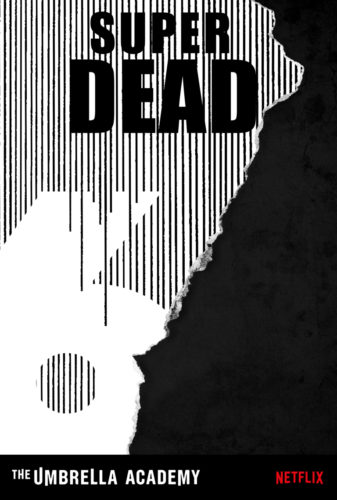 Finally, the White Violin ( Ellen Page) has an interest in music, one that may manifest into something bigger later on, because Ellen Page is never merely ordinary. 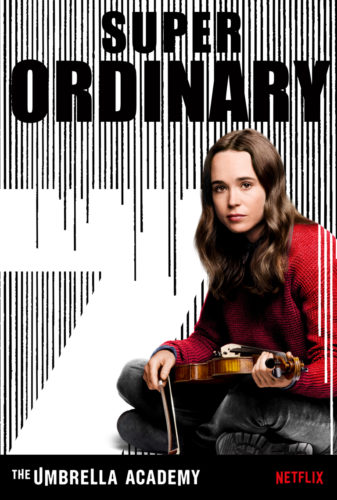 And here are a couple more scenes from the show:Season one launches on Netflix February 15. 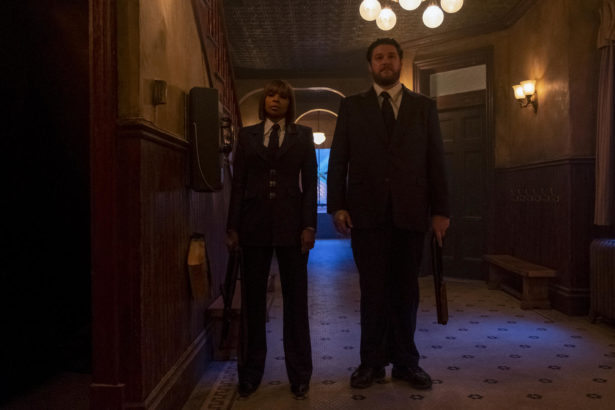 Has this piqued your interest? Delighted to see that it’s really happening at last? Do tell us in comments.