THE TRIP TO GREECE Goes Full “Arnold” in Exclusive Clip

It might seem weird that a movie about going on vacation and eating at amazing restaurants is exactly what we want to watch right now. But fans of Steve Coogan and Rob Brydon’s The Trip series know there’s nothing better than seeing those two dine their way through an awkward adventure full of food and funny impressions. Now they’re returning for their fourth and final journey together in The Trip to Greece. And their last sojourn is inspired by the most famous excursion ever, The Odyssey. But just because you’re retracing the steps of a famous Greek hero doesn’t mean you can’t channel a famous Austrian. And in this exclusive clip the duo turns talk of Hercules into dueling Arnold Schwarzenegger impersonations.

That is until Werner Herzog arrive on the scene.

There is no topic that can’t be improved by two vain comedians passive aggressively insulting each other over haute cuisine seasoned with celebrity impressions. Not even ancient mythological heroes. That’s what has made The Trip so funny for three films. And based on this clip the fourth film will be the finale the franchise deserves. Where else can we hear  multiple Arnold Schwarzenegger and Werner Herzog play Hercules?

Steve Coogan and Rob Bryden have turned dinner conversation and long car rides into an hilarious art form that also touches on mortality, family, friendship, personal fulfillment, and life itself. It’s why it’s fitting their last adventure together will retrace the steps of one of the most timeless epics ever.

“When Odysseus left Troy it took him ten years to get back to his home in Ithaca. Steve and Rob have only six days on their own personal odyssey in The Trip to Greece. On the way they argue about tragedy and comedy, astronomy and biology, myth, history, democracy and the meaning of life! Featuring locations such as: Temple of Apollo at Delphi, the Ancient Agora of Athens, the Ancient Theatre of Epidaurus, the unique island of Hydra, the Caves of Diros, Nestor’s Palace, Niokastro Fortress in Pylos, and Ancient Stagira, as well as a lot of shooting in restaurants and hotels in Athens, Hydra, Lesvos, Chalkidiki, Pelion, Kavala, and at the Peloponnese.” 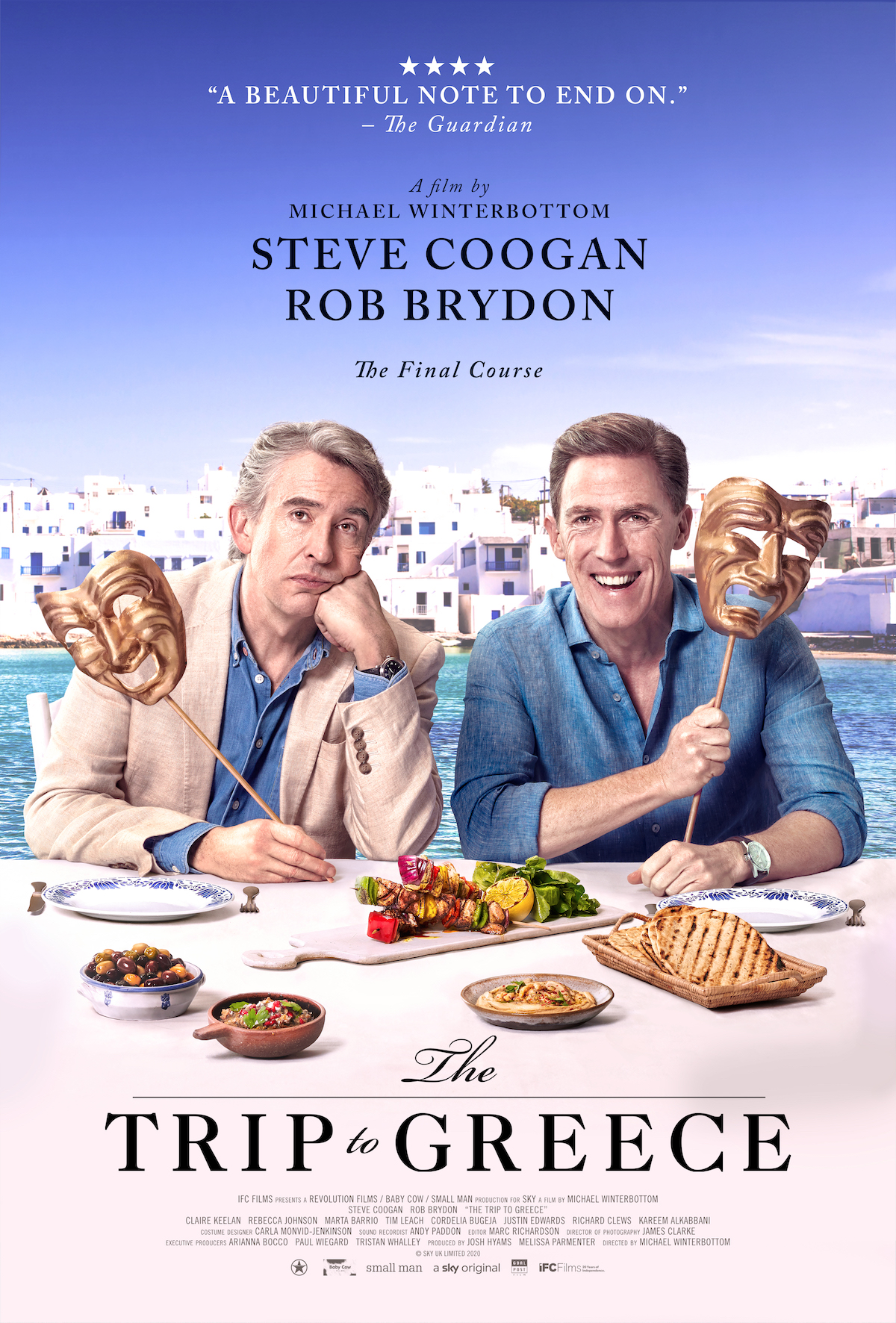 We’d love to be eating our way through Greece right now. Watching these two do it is the next best thing.

The Trip to Greece debuts on video on demand on Friday, May 22.