The Titans Return in the ‘ATTACK ON TITAN 2’ Video Game

Each week on Twitch and Alpha hosts Erika Ishii and Trisha Hershberger talk video games with special industry guests, insightful coverage and a ton of audience interaction on our show Game Engine. Be sure to tune in every Tuesday starting at 4PM PT to learn about what’s new and cool in the world of video games.

KOEI TECMO’s ATTACK ON TITAN was a surprisingly good video game adaptation of the hit anime & manga of the same name. Now, they’ve announced ATTACK ON TITAN 2 (AOT2) and we cannot be more excited! 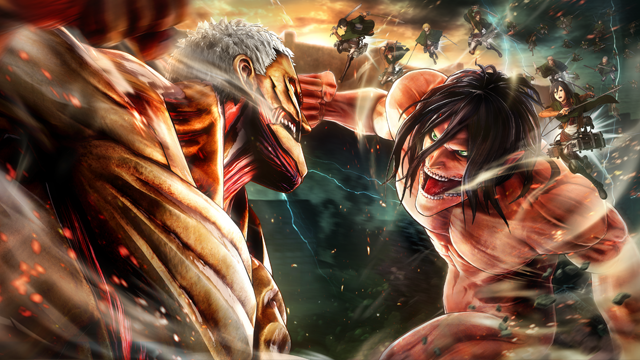 If you are unfamiliar with the either show or the game, the basic idea is this:

Strange, man-eating giants, called titans, plague the countryside and humans have resorted to living behind walls that tower 50 meters high. Very little is known about the titans except that they first appeared 107 years ago and have pretty much wiped out most of the human race. The human military employs the Survey Corps (or Scout Regiment) to venture beyond the walls; learning what they can about defeating the titans and finding ways to reclaim land from the ravenous monsters. Those members of the Survey Corps are pretty much destined for a very short and violent end as some titan’s snack.

The series follows Eren Yeager and his friends as they join the survey corps for a variety of reasons; Eren wanting revenge on all titans, Mikasa, needing to protect Eren, and Armin, who just wants to see the outside world. The first video game follows these characters through their introduction to the Corps and into their first mission to the outside world. 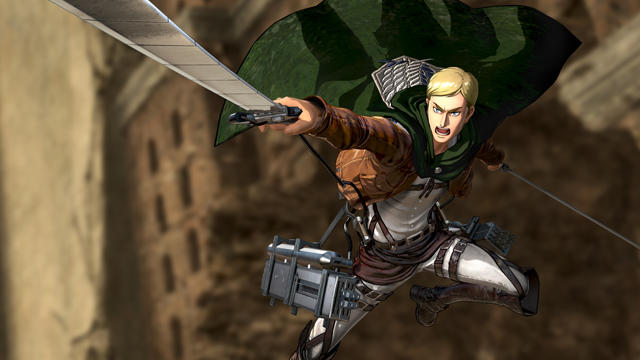 AOT2 slated for release in March 2018, will continue the story with our favorite characters as well as some new faces like Mitabi Jarnach, Hannes, Rico Brzenska, and Ian Dietrich (all playable). It also adds a number of new features to make titan slaying even more exciting.  One of the new things players can expect is Buddy Actions. No, this isn’t the buddy system where you hold hands so no one gets lost while running for their lives from titans. In AOT2, buddy actions allow team members to support each other with Rescue, Recovery, and the much anticipated Titan Transformation actions. Now you’ll finally be able to unleash your inner titan. (If you don’t know what this means go watch the anime right now! It’s worth it.) 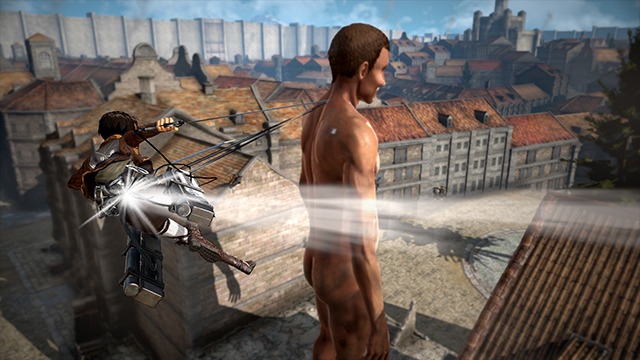 There will also be new moves like hook drives which give you ‘jump and evade’ style attacks and sneak attacks just like in the show. This will help you develop your strategy for when to unleash your most powerful attacks to take down the titans. Sneak attacks rely on the scouts staying out of sight which will take some inventive acrobatics and perhaps liberal use of flash grenades which help incapacitate Titans in danger zones. You’ll also be getting items like restraining guns to capture your gigantic prey and new bases which will allow you to refill your supplies and repel titan attacks with automated artillery towers. 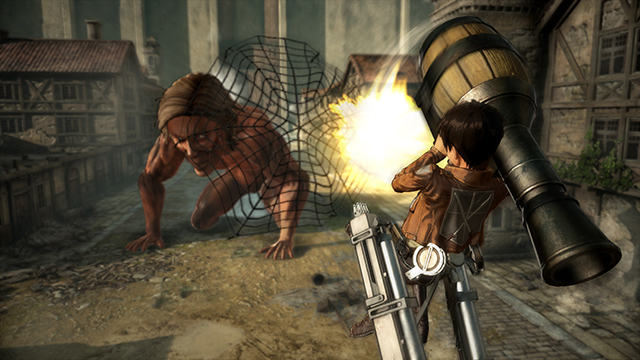 AOT2 will be available for the PlayStation4, Xbox One, Nintendo Switch, and digitally on Windows PC via Steam next year. To learn more about ATTACK ON TITAN 2 check out the official site at koeitecmoamerica.com/attackontitan2, or on Facebook at facebook.com/koeitecmous, and Twitter @koeitecmous.

Check out this week’s Game Engine (on Twitch and Alpha Tuesdays at 4:00 pm – 6:00 pm Pacific) to learn more about the coolest things in the world of games with Erika and Trisha.