Celebrate the Thirteenth Doctor With This Brilliant DOCTOR WHO Gear - Nerdist

The Thirteenth DoctorÂ may haveÂ fallen to Earth, but she’s not alone: she brought some brilliant Doctor Who gear with her. Whether you want to get your cosplay game on, take some fashion inspiration from the Doctor without looking exactly like her, or add some geeky panache to your desk at work, Nerdist is here with your guide to the best of the Thirteenth Doctor swag that’s out there so far.(A bit of a warning, though: a lot of this stuff, especially the screen-accurate costuming, is sellingÂ fast, so act quickly if you want to be safe!)

Get Your Stripe On 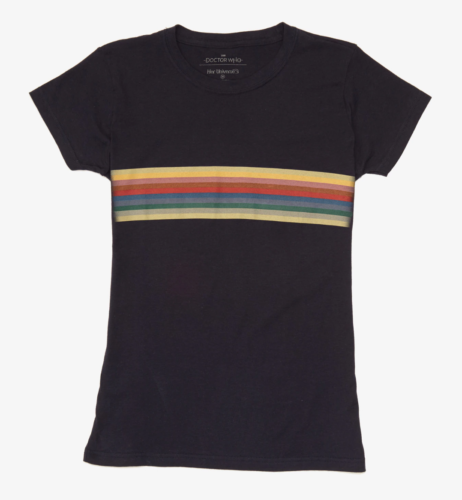 You can’t go wrong with this recreation of the Thirteenth Doctor’s shirt, complete with that not-quite-rainbow design across the chest, from Her Universe and Hot Topic. For serious cosplayers, there’s also a more screen-accurate raglan version, also available inÂ  a plus-size version, which you can order directly from Her Universe. While you can also find a number of third-party options, most of them get the stripe colors wrong.Want something evocative of the Doctor without looking exactly like her? Hot Topic has got a whole line of Thirteenth Doctor-inspired looks. 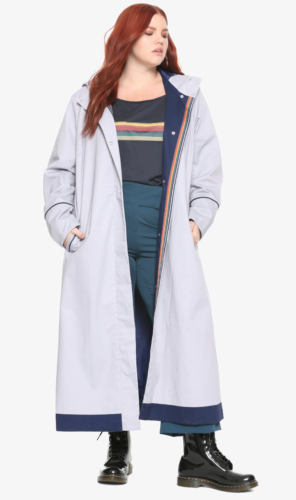 Of course, if youÂ really want to recreate the Thirteenth Doctor’s look, you’ll also need her coat. Once again, Her Universe has come to the rescue, with versions in both JuniorÂ and Plus sizes. Mine arrived a couple of days ago, and I can confirm it’s a spot-on recreation that seems to be pretty well-made, though I haven’t been able to test it in the rain yet.Her Universe also has some other great Thirteenth Doctor-inspired fashion if that’s more your style.

A Bit of Sheffield Steel (er, Plastic) to Get Things Done 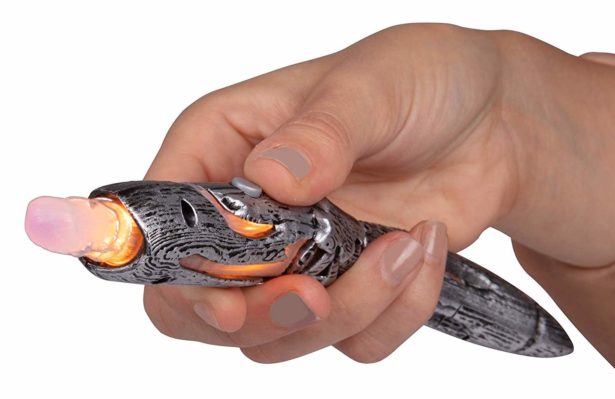 The Sonic Screwdriver has long been one of the most popular accessories with every iteration of the Doctor, and Thirteen’s is bound to be no exception. In addition to lighting up and making sound, the Thirteenth Doctor’s Sonic ScrewdriverÂ from Se7en20 also a motor that makes the crystal spin around when in use. 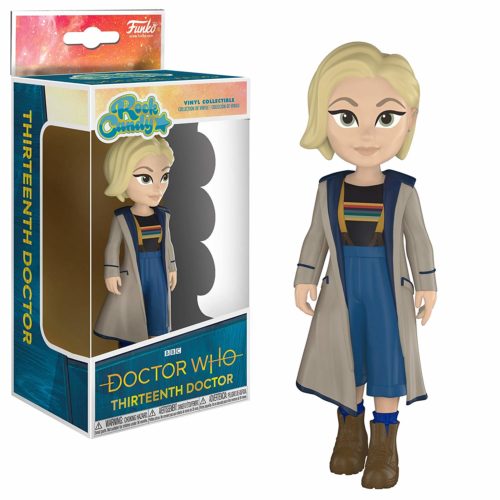 Okay, so you’ve now successfully madeÂ yourself look like the Thirteenth Doctor, but what about your shelves or your desk at work? That’s where this adorable Thirteenth Doctor vinyl figure from Funko’s Rock Candy line comes in.

The Thirteenth Doctor… in Barbie Form!

Fir the first time ever, the Doctor is also being immortalized in the form of a Barbie doll that’s got the Thirteenth Doctor’s look spot on. The doll isn’t available quite yet, though you can preorder from Hot Topic, with delivery in early December.

A Thirteenth Doctor for your LEGO TARDIS 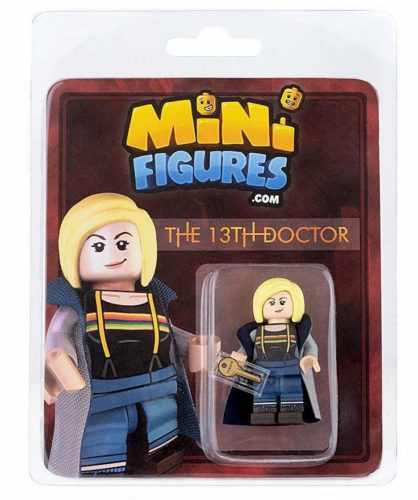 Of course, if you’ve been collecting Doctor Who swag for a while, you might already have the awesome (but now sadly retired) TARDIS set from the LEGO Ideas line. While hopefully someday we’ll get a revival of the line, in the meantime you can get this awesome unofficialÂ  Thirteenth Doctor minifigure, custom printed on authentic LEGO parts, and have her take her proper place at the helm of the LEGO TARDIS.

Make Your Ears Brilliant, Too 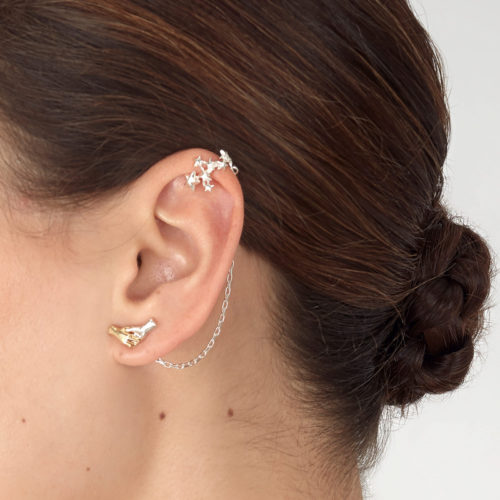 One small detail of the Thirteenth Doctor’s costume many have missed is her silver and gold earring/ear cuff combo. The set was designed especially for the Thirteenth Doctor by British jeweler Alex Monroe. Due to popular demand, Alex Monroe is now selling officially-licensedÂ  replicas of the Doctor’s ear-wear in sterling silver with 22ct gold plate, as well as a stud version without the cuff.Have you found some other brilliant Thirteenth Doctor gear we didn’t talk about? Let us know in comments!

Who Is SPIDER-MAN: INTO THE SPIDER-VERSE’S Spider-Ham?