“You wouldn’t believe what these people are capable of.”

In its first episode HBO Max’s new prestige British offering we come across all of the most traditional tropes of Folk Horror. Creepy kids, eerie traditions, a beautiful locale, and rural Britain ensconced in a past that is nigh-incomprehensible to outsiders.

This piece contains spoilers for Episode One of The Third Day: Summer

But Dennis Kelly and Felix Barrett’s surreal entry into the canon is just as interested in challenging the subgenre as it is adhering to its rules. Fate flings Sam (Jude Law) into a nightmarish break from reality after he saves a young girl Epona (Jessica Ross) from an attempted suicide and returns her to her small village of Osea. A tidal causeway separates the town in two and becomes uncrossable in the evenings.

Through a series of strange interactions with the eccentric locals, we learn the traditions that clearly define Osea. The island’s upcoming festival concerns a Celtic god known as Esus, and the celebrations are defined as either Salt or Soil, A.K.A. Ocean or Land. It’s the kind of vague yet recognizable pageantry that defines folk horror and immediately sets our expectations for what’s to come. Oversized puppets loom large over green fields and masked villagers stalk shrieking, giggling children to “cut out the evil” within them.

Much of the terror of The Third Day and folk horror storytelling comes from the mundanity of the surroundings. In The Wicker Man, it’s a beautiful, quaint village that could be in any British town. Midsommar plays on the idyllic ideals of music festivals and exotic vacations to lull you into a false sense of security. The Third Day plays not only with our own familiarity with the bucolic setting of a local hamlet, but also with Sam’s. From the very first moment he arrives he recognizes Osea, and feels like he’s already been there. Themes of homecoming and returning to some kind of spiritual homeland run rampant in folk horror and Kelly leans into them hard.

Sam is running from his own actions which makes the idea of finding somewhere new appealing. He spends most of the first episode stating how much he needs to get home, but the reality is that he’s got a trunk full of stolen cash and quickly embraces a night in the local pub with Bacchanalian aplomb, surrounded by women, booze, and food. It’s similar to the fear that Dani fears at heading to the Midsommar celebration only to find a dangerous yet comforting and cathartic home among the eccentric and violent community she discovers there. 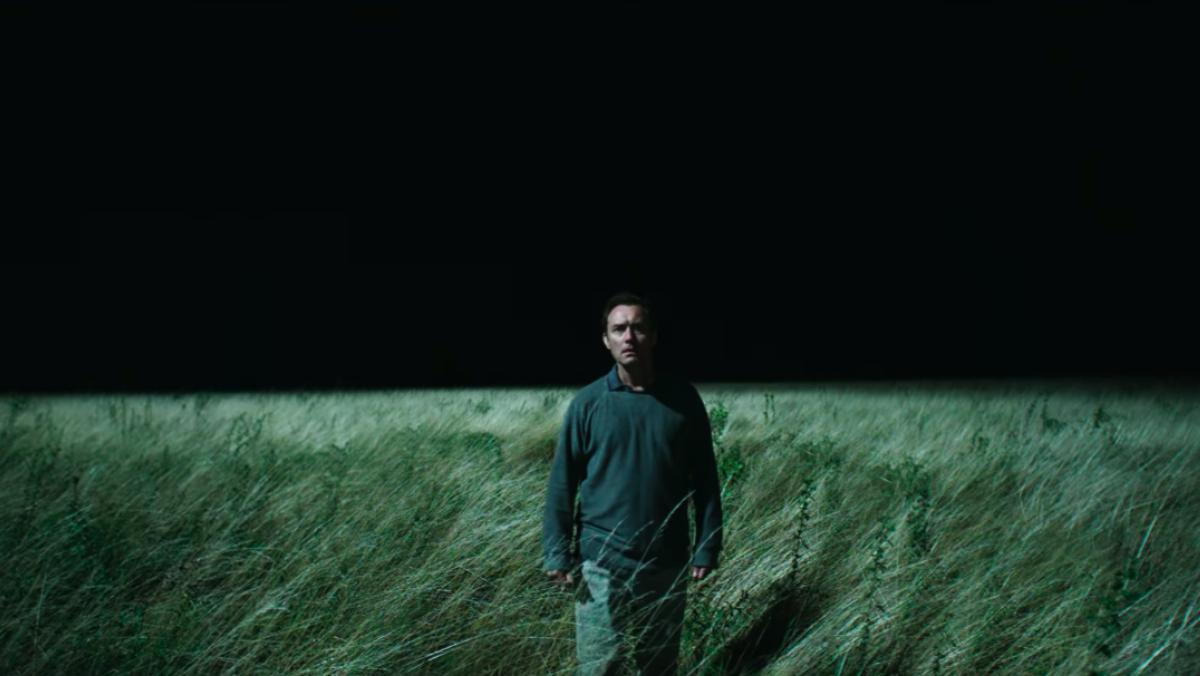 Where The Wicker Man centers a solid salt of the earth “Good Man,” Midsommar shifted that to a deadbeat boyfriend that you were encouraged to wish death upon. The Third Day plays in the in between of the old and new as Jude Law’s character, Sam, exists in a grey area. As we travel towards the end of the first episode it begins to lean closer to Ari Aster’s fearful contemporary Folk Horror than Robin Hardy’s defining British classic. Sam is drenched in secrets, deceit, betrayal. Though he’s not as clear cut as a villain as Midsommar’s Christian—a cruel and emotionally abusive boyfriend—he harbors a darkness that Osea will surely draw out.

Folk horror is often about facing parts of ourselves we keep concealed. In The Wicker Man, that reflection is about England and the uptight law-abiding, religious protagonist facing the wild, uncontrolled pagan parts of Britain’s history in an extremely visceral way. In Midsommar, it’s about Dani facing her own trauma, and here it’s about Sam’s own loss. Sam’s anger at the death of his child, as well as his own deep-seeded racism that is bubbling under the surface of his every action. That final point of Sam’s journey is where The Third Day has the potential to upend one of the most prevalent problems with folk horror and its representation on screen.

“But did you blame them, though?” 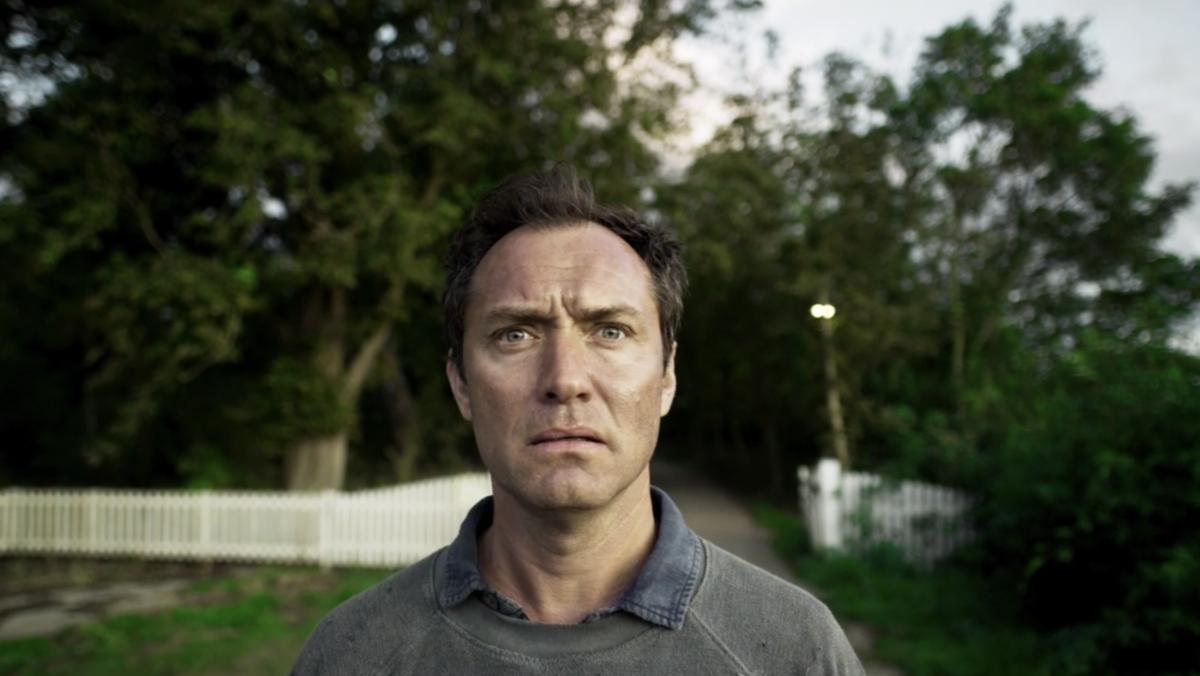 The pageantry and tradition of folk horror is often steeped in whiteness. Not only because of the innate misconception that Britain is and always has been a “white” country, but also due to the way that films have been and are still cast. In the mind of a Hollywood producer the idea of an idyllic British countryside incorrectly doesn’t feature an inclusive cast. Neither does the ragged woods of Norway. But folk horror storytelling is starting to challenge and investigate those ideas. Midsommar can be read as a surprisingly feel good story about a traumatized woman freeing herself from her abusive boyfriend. But the new home Dani discovers is drenched in the iconography of white supremacy. Nazis have long appropriated pagan traditions and runes to connect themselves to a mistaken idea of ancient white culture and Midsommar hinted at that.

The Third Day seems more ready to face it head on, building in conversations about race that lean into anti-Black and anti-immigrant racism quickly. Osea is a town obsessed with protecting itself from outsiders, the classic racist dog whistle, and the fact they worship a Celtic god means they too have likely misappropriated an idea of ancient whiteness. Sam himself is another part of this puzzle. In the first episode it’s hinted that Sam’s child was killed by or because of “immigrants,” and he spoke out against anti-immigrant sentiment when it happened. But at the same time Sam has stolen money from his own business and is blaming his Nigerian immigrant partner, Ade, relying on the inherent racism in the legal system to protect him and blame Ade. 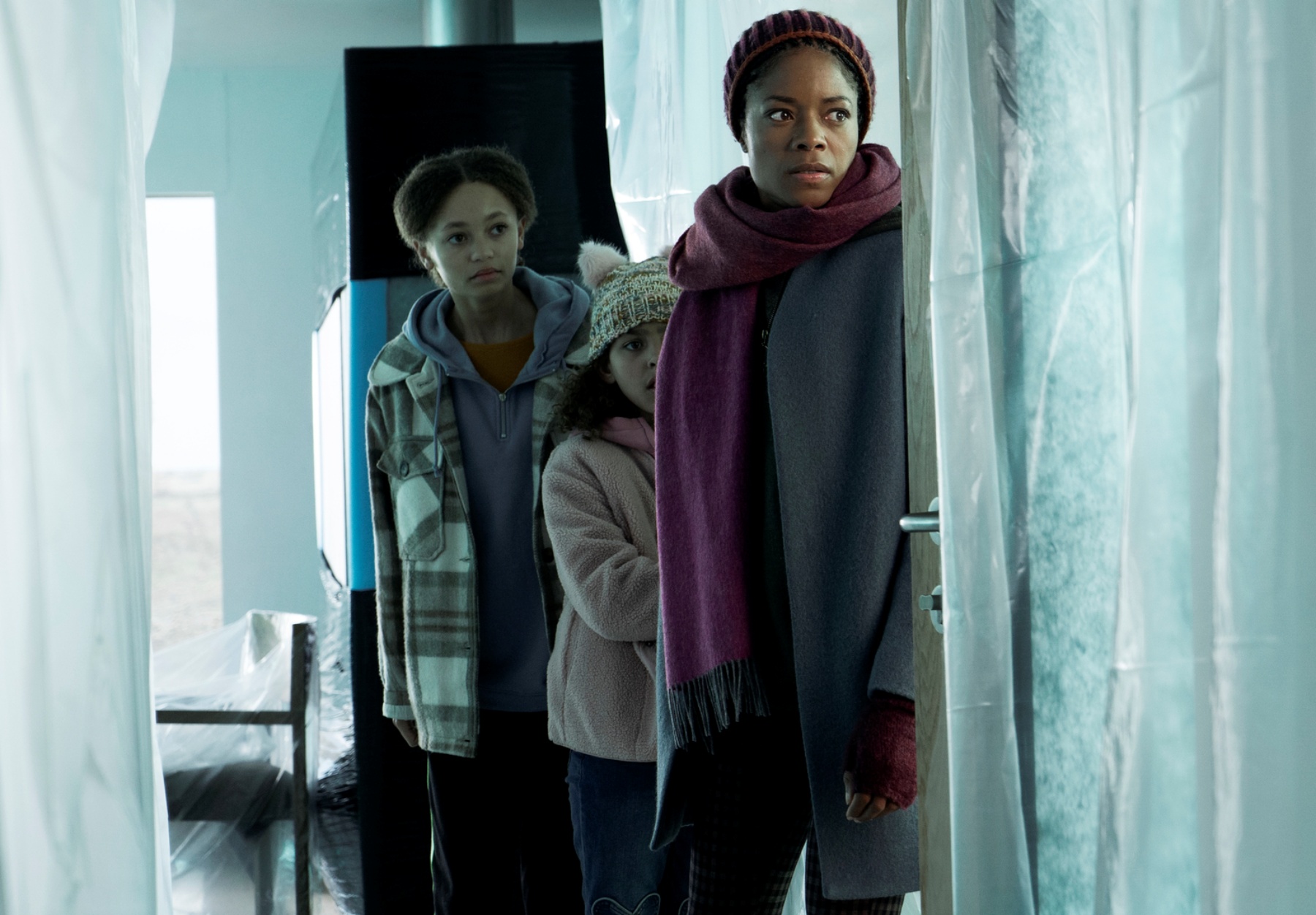 By interrogating whiteness, complicity, and being “liberal” while still committing racism yourself; The Third Day could dig into its roots and deal with what folk horror has been hinting at for years. The Osea community embraces Sam; but the second part of the series that airs in October stars Naomie Harris as a single mother who finds herself trapped on the island. So watching how the inhabitants treat a Black woman and her kids after their support and desperation to have Sam join them will be enlightening. Of course, we still have two episodes left to follow Sam’s journey into darkness and a mysterious special, before that.