James Gunn’s The Suicide Squad offered a different interpretation of the anti-heroes for a new audience. His movie has a lighter tone than David Ayer’s 2016 iteration, and that tone adds a lot of humor. And it features some lesser-known characters from the comics world—characters who absolutely steal their scenes. Naturally, fans welcomed back favorites like Harley Quinn with open arms. But Gunn went an extra step to add new characters like Nanaue, a.k.a. King Shark, and Polka-Dot Man. The latter has a particularly special power, and to illustrate it, Polka-Dot Man went through some wild makeup tests. 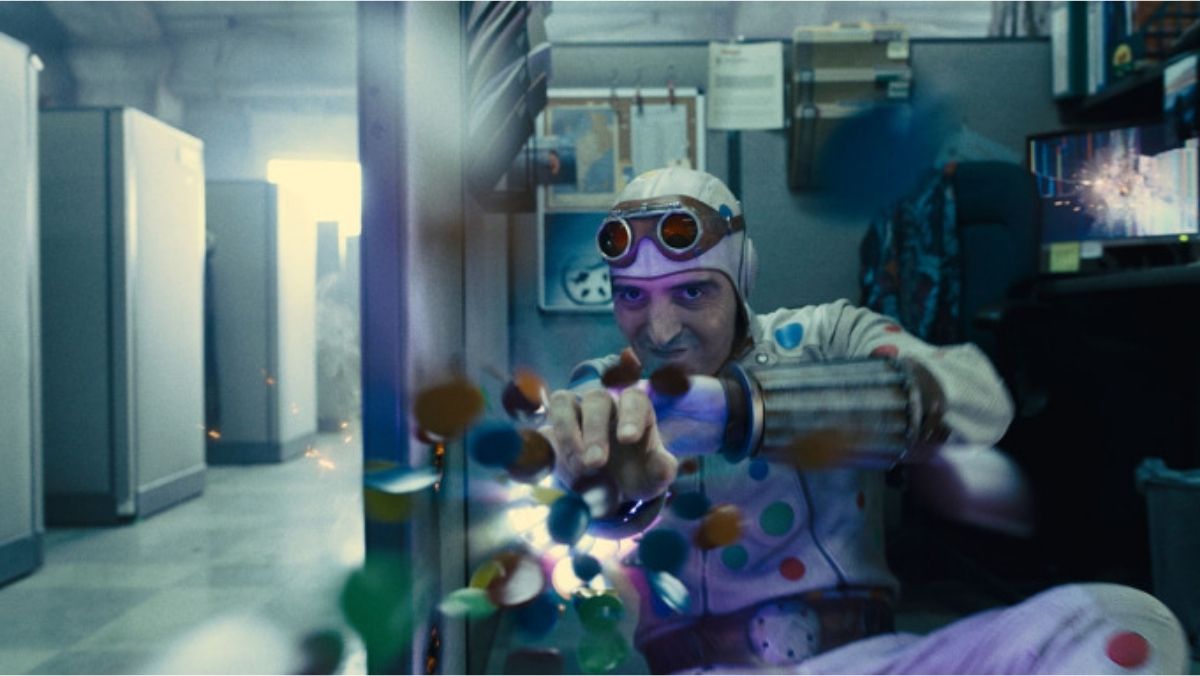 Polka-Dot Man, a.k.a. Abner Krill, has a heart-wrenching backstory with trauma, abuse, and loneliness. But he’s also one of the funniest, most relatable characters in the film. And that is largely due to actor David Dastmalchian’s pathos and influence. Dastmalchian related closely with the character, likening Krill to the movie monsters and villains of Hollywood’s Golden Age era.

And despite all his preparation, all Dastmalchian’s emotions surfaced at the Polka-Dot Man makeup test. In an interview with /Film, Dastmalchian revealed that while “standing there on the stages at Pinewood in the full Polka-Dot Man experience,” he got very emotional. So much so, that he “had to choke back tears” because he suddenly realized his dreams were coming true. Director and writer James Gunn shared some images of the makeup, and the photos show some truly wild and kind of scary prosthetics.

Even though protruding polka dots cover Dastmalchian’s face, he’s clearly moved. A delighted Gunn decided it was the perfect time to capture images for posterity. Gunn noted they made lots of changes to Polka-Dot Man’s makeup after this test, but still. We like seeing these practical prosthetics and how Legacy Effects designed something so weird and perfect for Polka-Dot Man.

Dastmalchian said, “It’s like this lifetime dreaming about getting to inhabit a character that is built so powerfully and artistically by design elements, makeup elements. And then to bring all of that to life through a performance, it was insane.”