THE SUICIDE SQUAD Cast Plays Some DUNGEONS & DRAGONS in CelebriD&D

If you’ve ever watched a movie or a TV show (and I pray that you have) and wondered what it would be like to play various tabletop RPGs with any of the cast, you’re not alone. We had that wonder a lot ourselves. And that is why we created  CelebriD&D, a show in which your favorite stars play some Dungeons & Dragons for you to enjoy. It’s always fun, and often, very weird. CelebriD&D is back with yet another wild adventure; this time teaming up with cast members of  The Suicide Squad.

On the squad for this mission are three cast members: Nathan Fillion who plays TDK in the movie; Flula Borg who plays Javelin; and the one and only Michael Rooker who plays Savant. Leading their journey will be Nerdist‘s Riley Silverman, and they’re playing a delightful twist on the “Lost Mine of Phandelver” scenario from the Dungeons & Dragons Starter Set. It wouldn’t be right for members of Task Force X to play true blue heroes, would it?

Normally “Lost Mine of Phandelver” has your party playing as heroes on a mission to rescue Gundren Rockseeker and Sildar Hallwinter from the clutches of a band of nefarious goblins. The Suicide Squad stars, however, are playing as that band of nefarious goblins. Their mission, should they choose to accept it: to kidnap Gundren and Sildar and acquire the map they’re carrying. And probably Riley will threaten to explode their heads, Amanda Waller-style. 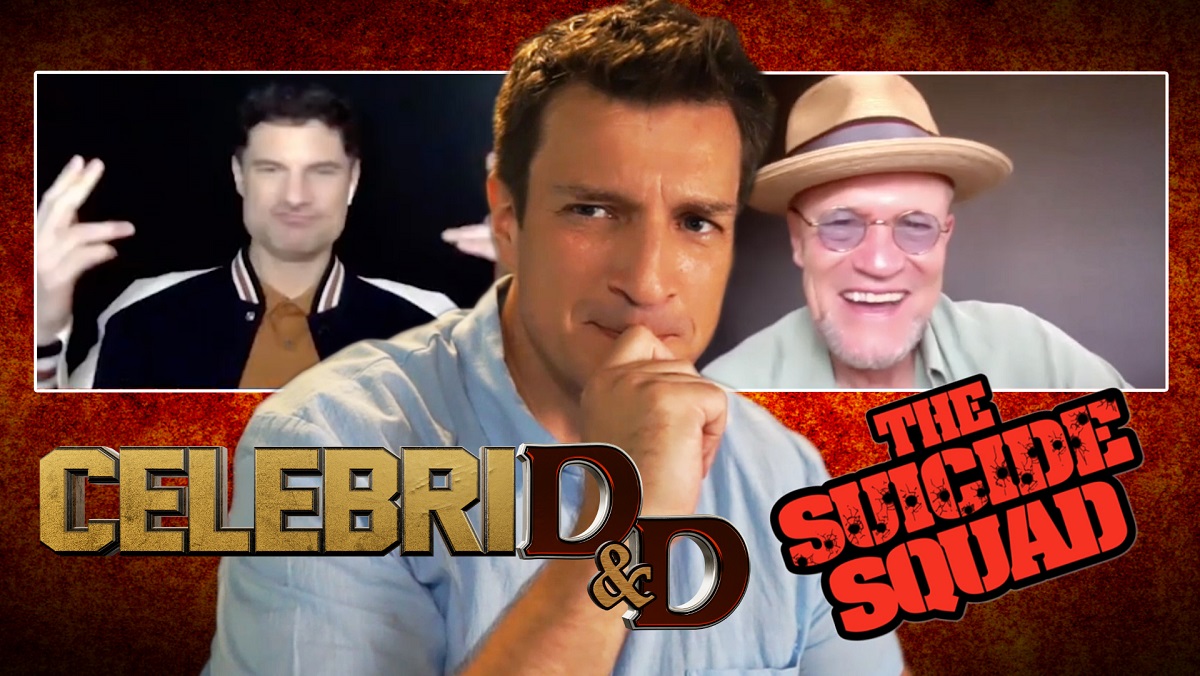 And just you wait to hear the names of these goblins! Fillion plays a goblin druid and has the Star Trek nerd name of Jolene Glaplok; Flula is a goblin robe named Bl00psi. Yes, with two zeros instead of Os. It’ll all make sense. And Rooker plays a goblin barbarian named Arnold. That’s it. Arnold the goblin.

It’s a whole half-hour of role-playing villainy for your baddie-loving heart.

The Suicide Squad is in theaters Friday, August 6.