The Stunning Cartography of Westeros - Nerdist

The Stunning Cartography of Westeros

With the imminent return of Game of Thrones, it’s worth taking a moment to get out your compass and calipers and pour over a few important maps of the “known world.” Whether you’re researching political allegiances of the various bannermen, plotting out theoretical migrations and invasions, or perhaps just want to get a lay of the land, the internet provides. You might start with the larger version of the image we’ve featured above, created by HBO. It’s beautiful in its textures and gets the job done showing the basics of Westeros and a bit of Essos. Also, if you’re looking for more official maps, check out Fantastic Maps for more.

But enough of the official stuff.  Let’s see what creative things us fans have been up to.

The Google Maps inspired piece below was created by redditor Selvag, doing a better job than most making the roads of Westeros prominent. You can even pick it up as a poster, where the seller warns “street view not yet available”. 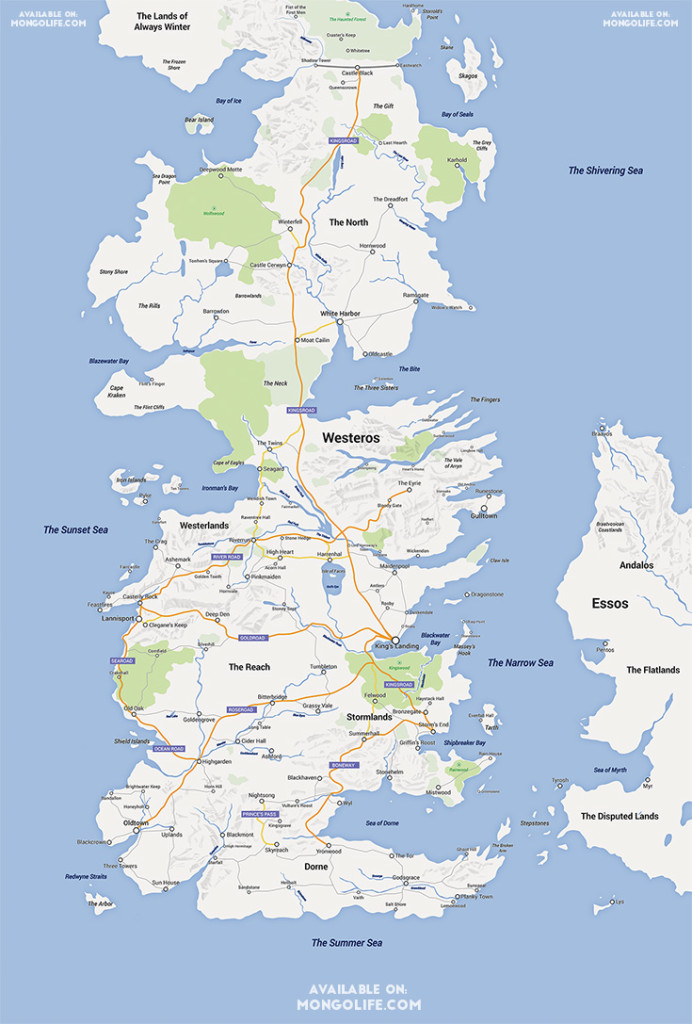 This interactive map of Westeros and much of Essos shows seemingly every little detail available. It can display allegiances with house sigils, constituency regions, and even the paths specific characters take throughout the world over the course of the novels.

Not So Long Ago

If you’re looking for something just a little “historical” within the context of the setting, this fan-crafted political map looks to be set just before the fall of House Targaryen.  It does a great job of illustrating the boundaries of Seven Kingdoms.

Redditor hotbrownDoubleDouble has posted this informative series of maps detailing the various migrations and invasions throughout the history of Westeros. From the Invasion of the First Men all the way to the Doom of Valyria, the series has nine images in total.  Though they appear based on the HBO map we featured up top, the illustrations and historical explanations paint a detailed picture. Extremely useful if you’re looking for an overview of various ages of the past. 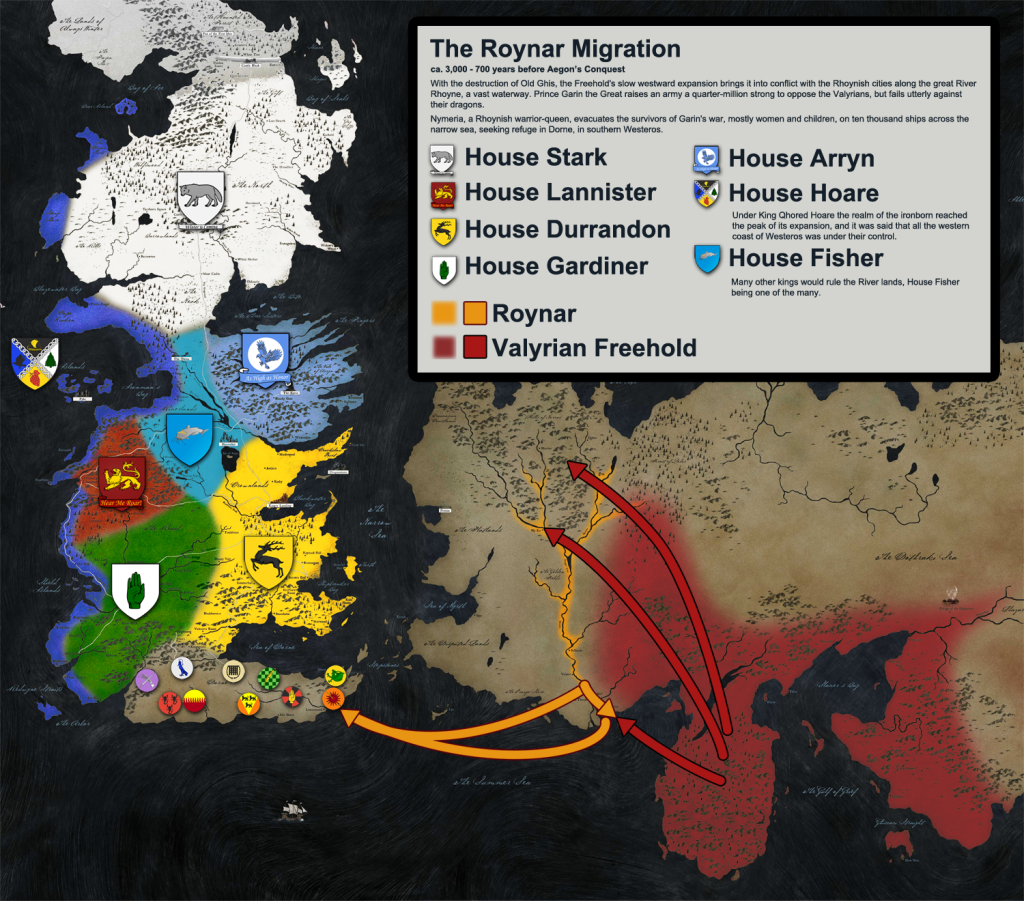 A Shaping of the World

The most ambitious world mapping has to be this project by geologist Miles Traer. More than just a map, the project includes a complete theory of the formation of the world, utilizing seemingly every mention of rock types and terrain. From how big the world is to how the continents were made, you can delve into this scientist’s pet fantasy theories and learn more than you’d expect along the way. Science theory plus fantasy worlds, what more could a nerd ask for?

“We pieced this geologic history together from character observations, town names, official Game of Thrones maps, and the principles of geology learned here on Earth. Using only limited data we were able to re-imagine 500 million years of planetary evolution, including volcanoes, continents rising from the oceans, and ice ages (with guest appearance by White Walkers and dragons).”

Make sure to check out all the source pages for these artistic fan creations and we’ll see you at the Game of Thrones streaming parties.