The Strange and Secret History of Monopoly - Nerdist

The Strange and Secret History of Monopoly

I know, I know. How much more is there to discuss about Monopoly, the classic, down-home American board game that launched a thousand grudges? Well, I hope there’s at least an article’s worth, because here I go anyway.

It is widely known that Parker Brothers, now a subsidiary of Hasbro, purchased Monopoly from enterprising Charles Darrow and published the game in 1935, in the throes of the Great Depression, when people grasped at the chance to simulate wealth by paying fake money to place plastic houses on squares. However, this is not the full story.

Charles Darrow was never the mastermind behind Monopoly. Rather, it was Elizabeth “Lizzie” Magie who developed and patented the idea for Monopoly in 1904 under the title The Landlord’s Game. Lizzie was a progressive thinker and advocate of Georgism, an economic philosophy detailing that resources earned from land should be equally distributed to all residents, with some provisions for those who do more work for the community. Doesn’t sound much like Monopoly, does it? 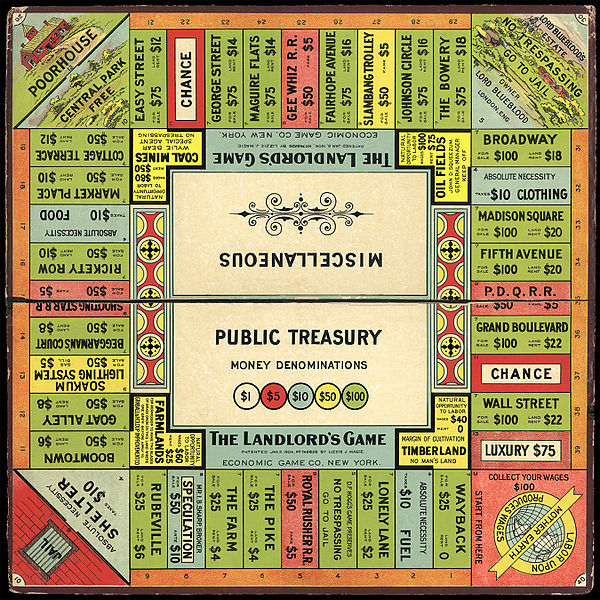 In fact, Lizzie’s entire purpose for her game was to teach these more progressive theories and illustrate the consequences of total reliance on a capitalist economy. She focused specifically on how landlords could so easily take advantage of their tenants through profiteering, squeezing every last cent from the pocketbooks of those reliant on them. In Lizzie’s mind, The Landlord’s Game would show America how this selfish and money-grubbing way was the path to ruin, how you couldn’t possibly play this game and come out of it saying to yourself, “Yeah, that was a good thing I just did to my fellow humans.”

What Lizzie probably didn’t count on was America’s dogged desire to turn every negative criticism into a pat on the back. By the 1930s, Americans were taking pleasure in other players’ pain instead of learning from it. The general concept of the game remained the same in that it consistently demonstrated the nature of capitalism to raise yourself up by pushing others down. Coming up with the game-winning strategy was much more thrilling for most than were the game’s moral considerations.

Lizzie’s original game went relatively unnoticed until Darrow snatched it up at a friend’s game night in 1932. Up to that point, the concept of Monopoly had apparently traveled by word of mouth such that no one actually had a physical copy of the rules, and the general understanding of how to play was just ingrained in households across the country. Darrow seized this opportunity, asked his buddies for some written rules, and went on to make millions of real-life dollars off of his Monopoly. 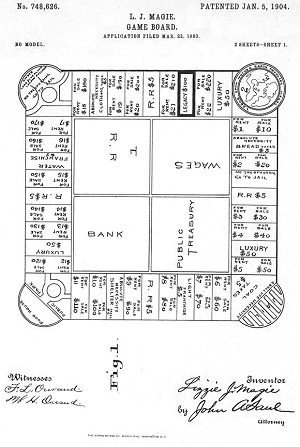 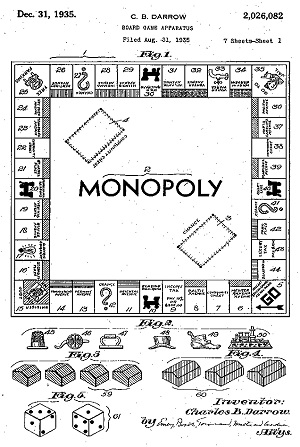 Parker Brothers did eventually throw Lizzie a bone, paying her a measly sum for the rights to The Landlord’s Game and two other games that faded into relative obscurity. When she saw the similarities between her board for The Landlord’s Game and the Monopoly board, she was justifiably furious. She received neither recognition nor credit for Monopoly until after her death, and Darrow’s is still the primary name associated with the game.

The next time you play Monopoly (if it’s soon, I pity you), spare a thought for Elizabeth Magie and Georgism as you spend fake money to squish friends and family under your gluttonous, capitalist thumb. Or don’t because that’s how the game has been played for almost one hundred years.

Are there any other games that you know of with secret histories? How has Monopoly ruined your life? Let’s talk about it in the comments!