The Story of D&D Part Two: How Wizards of the Coast Saved Dungeons & Dragons - Nerdist

The Story of D&D Part Two: How Wizards of the Coast Saved Dungeons & Dragons

To catch you up on the history of Dungeons & Dragons, your nerdmates at Geek & Sundry are providing you with this handy-dandy series of stories on the history and impact of the world’s oldest role-playing game! You can read the first part of this series, on the birth, flourishing, and then economic difficulties facing D&D and its mother company, TSR.

To recap, TSR’s distributor, Random House, had returned millions of dollars worth of products for a refund, which led to massive layoffs. At the same time, their printer, whom they were contractually obligated to use exclusively, was refusing to print any more of their products until TSR paid off the significant debt they owed them. Owing money on both the production and distribution ends of their business, TSR was damned to the right and damned to the left. By 1997,  TSR was bleeding to death.

Those who knew the extent of the problems facing TSR speculated that the company would eventually go bankrupt, with pieces of it given away to creditors. Perhaps Random House would acquire D&D?

But salvation was to come from the most surprising of places.

Five Rings Publishing was a gaming company which published the Legend of the Five Rings card game, and Five Rings CEO Bob Abramowitz heard about the problems at TSR. He flew to Lake Geneva to meet with management and left with a letter giving him an option to buy TSR. Now, neither Abramowitz nor Five Rings had enough cash to buy TSR, but Wizards of the Coast did.

Wizards of the Coast published Magic: The Gathering, and since its release in 1993, the game had grown by leaps and bounds, leaving Wizards flush with cash.

Abramowitz approached Wizards’ CEO Peter Adkison about buying TSR, as long as Wizards was willing to also buy Five Rings Publishing. Adkison, for whom owning D&D would be a dream come true, agreed. This would keep D&D in the hands of gamers, and out of the clutches of a large corporation, at least for awhile.

Adkison said of the moment, “What gamer wouldn’t want to be part of the company that bought D&D?”

From Doom to Salvation

Peter Adkison and future Paizo CEO Lisa Stevens flew to Lake Geneva and spent the summer of 1997 managing the company’s transition from TSR to Wizards. And while for them, it was a moment of excitement and triumph, the staff of TSR was left feeling defeated. Adkison and Stevens immediately set about doing what they could to raise morale and demonstrate, as Lisa Stevens said, “We may be executives from Wizards of the Coast but we’re gamers and we’re geeks and we’re a little bit goofy at times.”

Adkison offered jobs at Wizards to the vast majority of the TSR staff. To make the transition to Seattle easier, Wizards flew TSR staff to Seattle for house-hunting weekends. They paid for movers, and even helped new employees that got caught paying rent on apartments in both Lake Geneva and Seattle. One TSR employee said Wizards was doing everything but putting them on their backs and carrying them to help them with the move to Seattle.

In Seattle, former TSR employees found a much larger company, and a much different work environment. Instead of a single building in outstate Wisconsin, Wizards had hundreds of employees spread out over four buildings in a major American metropolis.

Wizards’ corporate culture was also different. While TSR treated sales numbers like secrets, at Wizards they were announced openly. If an employee’s product was doing well, they knew about it. At TSR, management kept to their executive suites at the front of the office, and as former TSR employee Dale Donovan put it, “TSR’s upper management did not mingle with the serfs.”

At Wizards, Peter Adkison’s desk was out amongst the rest of his staff. He even kept a couch there for people who needed to take a nap. There was Thursday night go-cart in the parking lot.

Wizards also made it clear they were committed to a diverse workplace. One TSR employee that made the transition to Wizards, Jim Butler, remembered that when Adkison described the work environment at Wizards, he “talked about the importance of diversity and that everyone would be working side-by-side with goths, Satanists, gays, lesbians, [transgender], and more. He stressed the importance of a discrimination-free workplace.” Butler said this environment, “allowed me to come out of the closet professionally.” 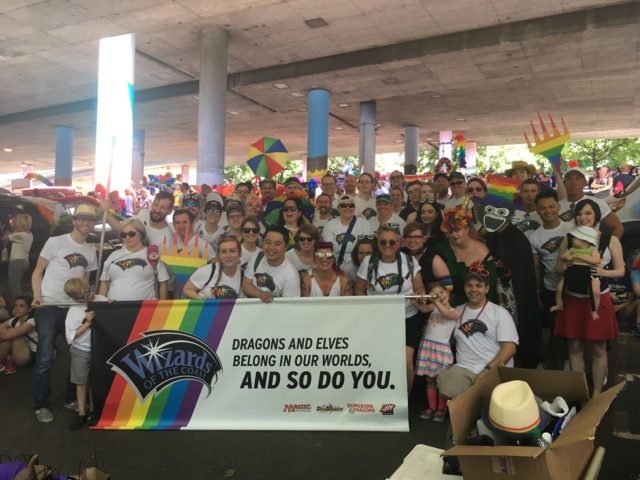 Despite buying an ailing company ridden with debt, the purchase worked out well for Wizards. Adkison said, “We were able to turn D&D into a profitable line within just three months.” New Dungeons & Dragons books were being put on store shelves. For the next few years, they would even continue to have the TSR logo on them, along with Wizards of course.

As the new owner of Dungeons & Dragons, Peter Adkison set out to make things right with Gary Gygax, the co-creator of D&D who had nearly been sued into oblivion by the prior management of TSR. Adkison, instead of suing Gygax, said he, “wrote checks to Gary Gygax, his ex-wife, and Dave Arneson in exchange for a clean bill of health on the intellectual property [Dungeons & Dragons].”

It was a complete flip in Gygax’s treatment. But why? Adkison recalled, “Perhaps this wasn’t strictly necessary, but there were many hard feelings among old-school gamers that Gary and Dave had both been cheated.” 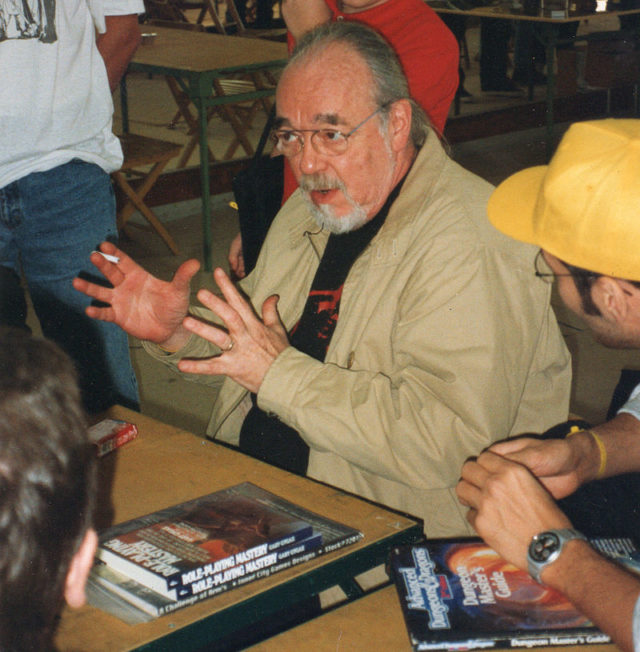 Adkison’s sense of justice would pay dividends. Luke Gygax, Gary’s son who runs Gary Con, a convention in Lake Geneva devoted to honoring the memory of his late father, said, “If D&D had to move outside my family’s control, [Peter] was a great person to assume the mantle.” The payments also made it clear that Wizards of the Coast, and no one else, had claim to the intellectual property of Dungeons & Dragons, which would help Wizards later in its own sale to Hasbro.

Additionally, Gygax would go on to write an introduction to D&D adventure Return to the Tomb of Horrors published by Wizards of the Coast in the future. With all things settled, Wizards of the Coast was free to publish a new edition of D&D, the effects of which would change the landscape of roleplaying games significantly, and which we’ll delve into for the final part of this series.

The next part of this series will be posted on December 28th. Make sure you follow Geek & Sundry on Facebook and Twitter to get notified when the article goes live. Have any memorable experiences from the old TSR versions of D&D? Share them in the comments.

A special thanks to TSR alum and creative genius Jim Lowder for his invaluable assistance in providing background knowledge and helping to get interviews for this article. Jim is the fiction editor for Chaosium. Thanks also to Luke Gygax, Dale Donovan, Jim Butler, Peter Adkison, Margaret Weis, Steve Wieck, Ryan Dancey, Lisa Stevens, Tim Beach, Dustin Clingman, John Rateliff, Jim Fallone and Jim Ward for their help with this material.