The Spy Who Roleplayed Me - 5 Fantastic Espionage RPGs - Nerdist

The Spy Who Roleplayed Me – 5 Fantastic Espionage RPGs

I have a confession to make; the first tabletop RPG I ever played was NOT Dungeons & Dragons. While many 10-year-olds got hooked on the fantasy of swords, spells and elves, it took a slightly different type of power fantasy to hook me into a world of imagination and strange looking dice. I wanted to explore exotic locations like European casinos, use watch-mounted gadgets instead of magic items and drive fast cars full of weapons. The game that got me was Top Secret S/I and I still have that beat to heck copy in my gaming library today.

The success of Mission: Impossible Fallout made me wonder what the state of espionage RPGs are at the moment. I love games like Night’s Black Agents and Delta Green that add a supernatural twist to dirty government work, but I was happy to find a solid slate of games in print that might appeal to someone who can’t get that catchy theme song out of their head. I look forward to seeing the ones everyone adds in the comments, too! 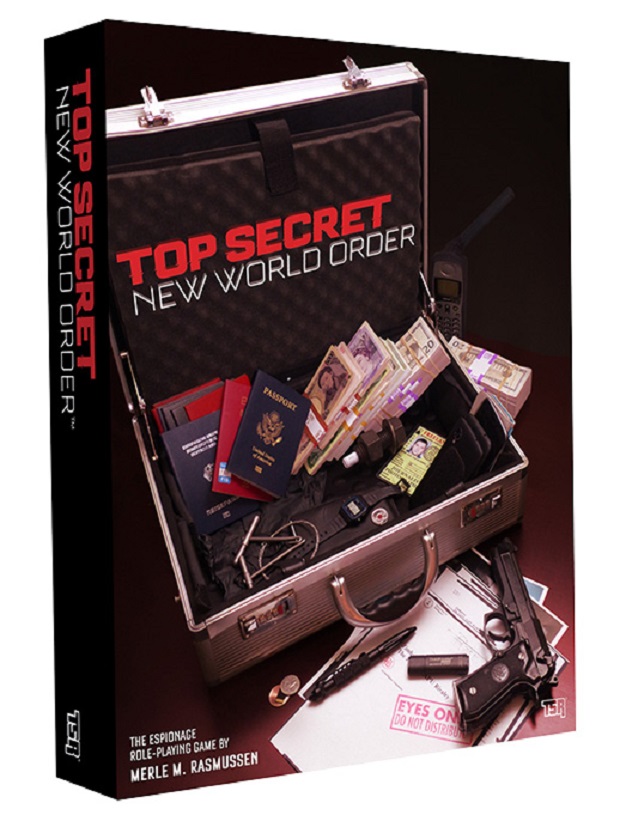 The most recent edition of this spy RPG came out this year. Top Secret New World Order was masterminded by Merle Rasmussen, the designer of the original Top Secret RPG in the 80s. The system departs from the classic percentile system of older editions for a mix of dice that increase and decrease in size based on the difficulty of the task at hand. Stepping dice up and down make on-the-fly difficulty adjustments easy and allocating dice for attributes and skills gets player out into the field faster. The boxed set contains everything needed to play, though there are a few third party adventures on the way. 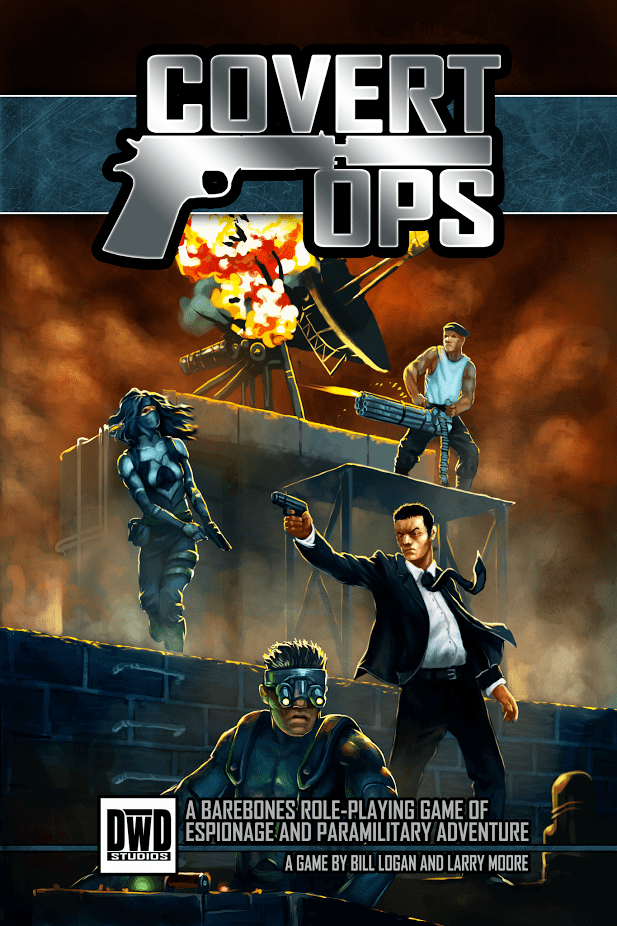 Gamers looking for a spiritual successor to classic spy RPGs will enjoy Covert Ops. It keeps the percentile rolls of Top Secret while simplifying skill lists to give every agent at the table the feeling of being a professional who knows a little bit about everything. There are also some great charts that help GMs create evil organizations for the good guys to smash as well as several optional rules that let the table adjust how gritty or cinematic they want their game to be. The designers applied many of these ideas to an OSR hack for spies called White Lies too. 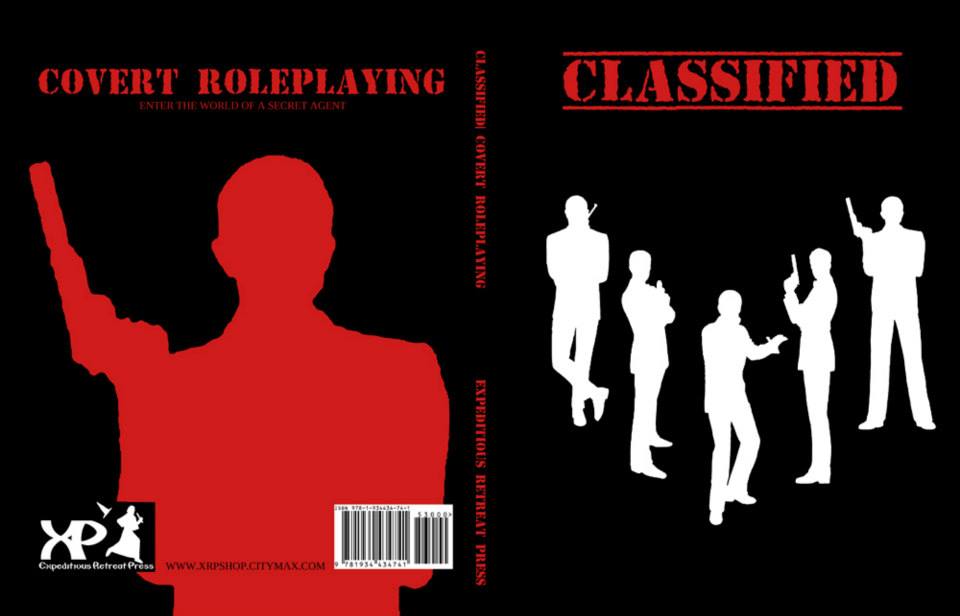 One of the most influential game designs of the 1980s came out of a licensed RPG featuring the world’s most famous secret agent. James Bond 007: Role-Playing In Her Majesty’s Secret Service was one of the first RPGs to feature things like hero points, success beyond pass/fail and give experience out for things beyond killing bad guys and taking their stuff. Classified is a retro-clone that strips out the dead license and allows players to keep the game going if they can’t find an old copy of the original on eBay or a used bookstore. The missions are also rated for different agent levels, so it’s a great choice for small playgroups or even one-on-one sessions. 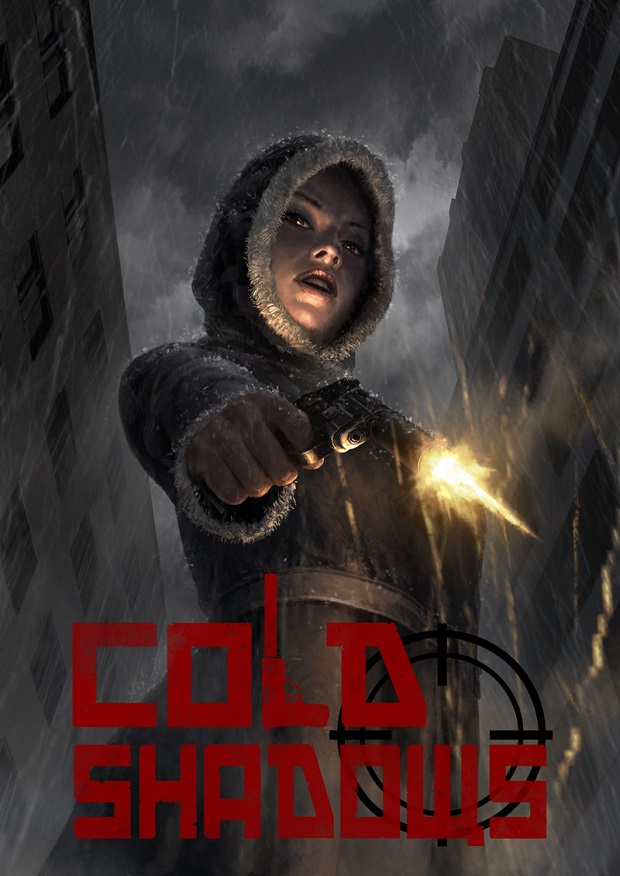 On the other end of the spy spectrum from guns, gadgets and gorgeous spies are the grim tales of LeCarre, The Sandbaggers and Queen & County. This area of the spy world is ably represented by Gallant Knight Games and Cold Shadows. This game embraces the player-driven elements of modern RPGs by letting players collaboratively build their agents and the agency they work for. Rolls are driven by risks; the more things a player wants to get done at once, the more dice they must sacrifice and run the chance of failing. The line also included Cities in Shadow, a book detailing espionage hotspots around the world where the game can be set. 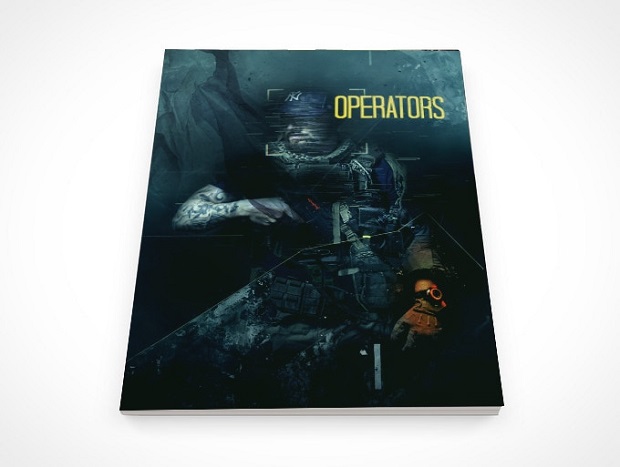 For fans of Jack Ryan  and the Tom Clancy wing of saving the world, Operators looks at the genre through a techno-thriller lens. Each character is a special ops soldier that’s dispatched around the world to take out the bad guys before they can hurt others. The game uses Fate Dice in an unusual way that creates complications with each roll rather than using the plus and minuses to cancel each other out. The best part about the system is the Fight Deck which helps players visualize the brutal Jason Bourne-style beatdowns blow by blow when things get up close and personal.

Who is your favorite secret agent? Tell us in the comments!

Your mission, should you choose to accept it…