One Christmas season, Bart Simpson learned some very valuable lessons. He found out that stealing is not okay, there’s nothing as valuable as a mother’s love, and a present is meaningful because of who gives it to you, not what they give you. He also learned Lee Carvallo’s Putting Challenge was the lamest video game ever made. But that won’t stop fans of The Simpsons from wanting to play it now that someone has turned that fictional game into a reality.

While it might not be Bonestorm, it still lets you hit a three wood from the putting green. 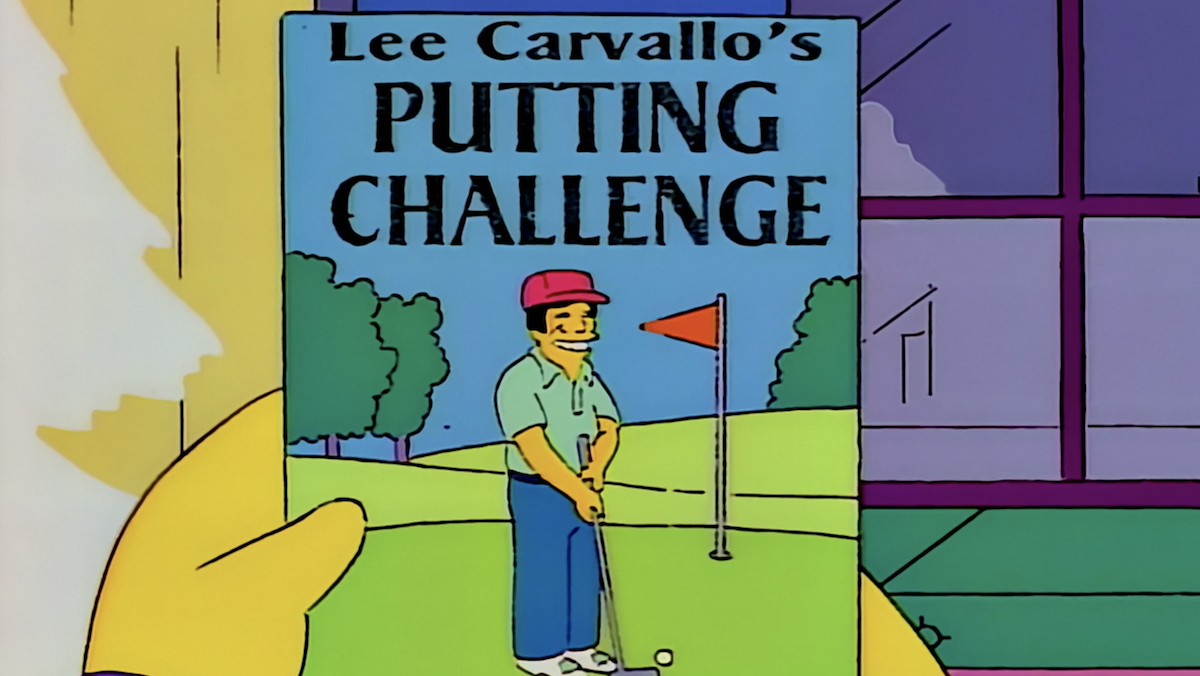 You can step out onto the links of Lee Carvallo’s Putting Challenge thanks to this fan-game made by Aaron Demeter (which we first heard about at Uproxx). It’s the present Bart receives at the end of the season seven episode “Marge Be Not Proud.” That’s episode where Bart gets caught stealing the video game Bonestorm from a local store, leading to him having to win back his mother’s trust. Eventually everything ends well for the Simpsons family, though, so Marge gives Bart the game a clerk told her “every boy wants.”

Only it’s not Bonestorm. It’s the video game that makes actual golf look like a violent blood sport. It’s only notable for inexplicably letting players choose a three wood on the green. Those are the options available to players of this faithful fan recreation. (Their options actually look better than the show’s.) No matter the club of choice, you can then choose to hit the ball with a “feather touch” or “power drive.” Choose both obviously correct options and make the put. A combo of right and wrong choices simply results in a missed shot. However, if you’re wrong, your ball ends up in the golf club’s parking lot.

Which is really the only choice. Simpsons’ fans have always wanted to play Lee Carvallo’s Putting Challenge, but not because they wanted to actually win.