If you’re on the air for three decades offering social commentary about American life, the odds are you’re going to get a few things right about the future. That’s why some of The Simpsons “predictions” aren’t that impressive in a vacuum. The idea that a juggernaut like Disney would one day merge with 20th Century Fox was a great joke, but in reality it wasn’t that big of a stretch. And saying the United States curling team would one day win Olympic gold definitely wasn’t. But when you look at the totality of what the show got right about the future, it can seem like Simpsons’ creators were just as much soothsayers as they were TV writers. And this old clip from 1993 that accurately explains life in 2020 during COVID-19 is way too on the nose to feel like a coincidence.

Because how they hell could anyone have predicted a global pandemic would also involve murder hornets?

On Twitter, former Simpsons writer and showrunner Bill Oakley had to admit that a clip from season four’s “Marge in Chains” really did prove prescient in predicting the world right now. The episode starts with Springfield residents getting the flu via shipments from Japan. Later, Dr. Hibbert tells a frantic mob demanding a cure that the only treatment is bed rest, and that anything he gave them would be a placebo.

Predictably that sets the unreasonable crowd off (crazy, right?), as they chant for the placebos. Someone in the mob thinks they might be in a nearby truck. But when it’s flipped over, killer bees escape. Which is close enough to murder hornets that the whole thing makes us uncomfortable.

There are certain Simpsons‘ predictions we wish never came true. But not it’s clear—we must be prepared for anything and everything the show ever said might happen. The show got murder hornets and global pandemics right. We might want to start making signs for an even greater threat to mankind—Ant Overlords. 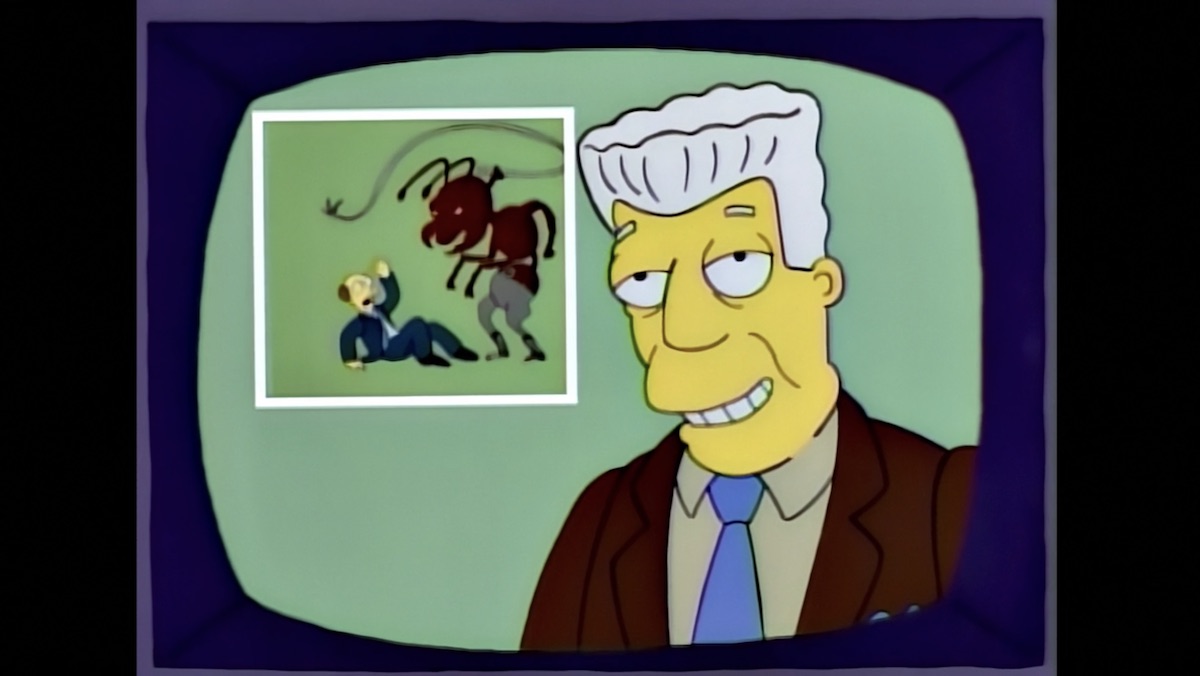 We really hope that one doesn’t turn out true.