Recently a PhD student used science to determine when The Simpsons stopped being great, but I don’t need an algorithm to answer that question. I remember the exact moment I quit onÂ The Simpsons,Â my all-time favorite television show. It was season nine, episode two, “The Principal and the Pauper,” a.k.a. the fake Seymour Skinner episode. Everything about this episode was a betrayal of what made The Simpsons the best TV series ever, and the final sign the show had changed permanently. 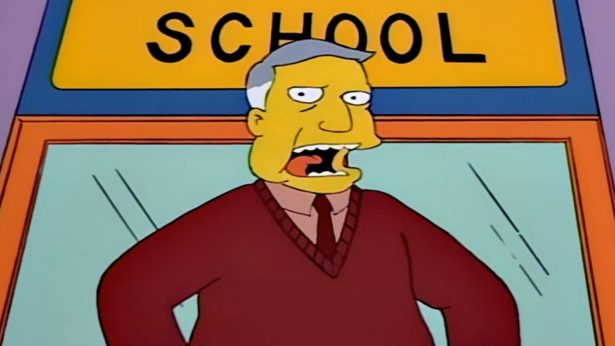 It’s hard to overstate just how obsessed I was with The Simpsons as a kid. I watched up to four reruns every night; part two of “Who Shot Mr. Burns?” was my moon landing; there was no bit of trivia too obscure for me. I even have a clear memory of my mother laughing and asking what I was going to do when they canceled it, and me angrily responding, “That’s never going to happen!”Still, even at the time it was clear to me that season eight wasn’t great.Â  While some episodes are amazing (Hank Scorpio, Poochie, Marge’s pretzel business), it’s a season full of inane, often silly, frequently unfunny, and sometimes downright terrible episodes. “Homer vs. the Eighteenth Amendment,” “Burns, Baby Burns,” “Bart After Dark,” “The Old Man and the Lisa,” were all duds that look even worse in retrospect. I was always hopeful it would get back on track, but instead it got worse.Two season eight episodes stand out as omens for what would happen when we met the “real” Seymour Skinner. “Simpsoncalifragilisticexpiala(Annoyed Grunt)cious” wasn’t a clever, Simpsons-esque Mary Poppins homage, but a lazy ripoff, and the writers seemed to know it. As Shary Bobbins (yes, really) floats away, Lisa asks if the family would ever see her again, to which Homer replies, “I’m sure we will, honey. I’m sure we will”… right as Shary Bobbins is sucked into a jet engine and killed. 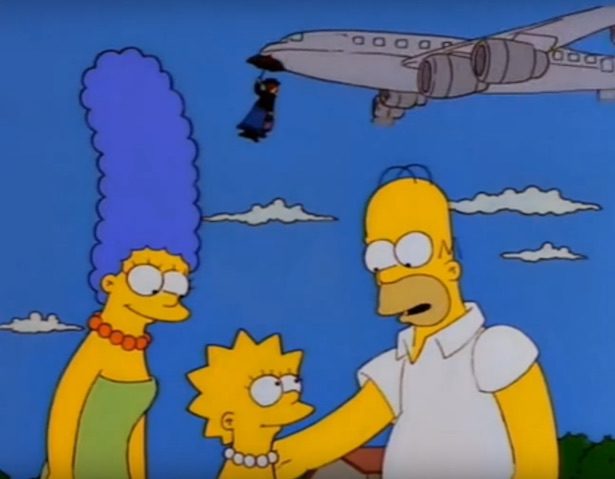 It was an inexplicable way for the show to tell a bad joke acknowledging her character and the episode were awful.Â But even that wasn’t as bad as the death of Frank Grimes in “Homer’s Enemy.”Â The SimpsonsÂ at its core it was an incredibly funny show about very flawed but ultimately good people. Homer wasn’t a great dad, but he loved his kids and didn’t mean harm to anyone (not even stupid sexy Flanders). The same could be said for Bart, and Springfield as a whole. Even the town villain Mr. Burns was redeemable enough that you didn’t hate him. The show worked because it because we genuinely liked Springfields citizens.Frank Grimes’ dark death was weird enough on its own, but everyone laughing at his funeralâ€”one final jest at old Grimey, who didn’t deserve any of thisâ€”was mean, something The SimpsonsÂ had never been. The show was trading heart for comedy, and the resulting jokes were lazy.Â Nevertheless, “Homer’s Enemy” aired close to the end of its season, so I was optimistic that the following year would get back to what made The SimpsonsÂ work so well.Unfortunately, the premiere was the gimmicky “The City of New York vs. Homer Simpson,”Â  but then came the final straw. 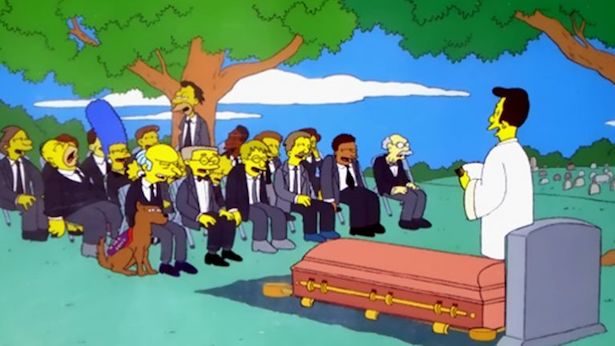 I always remembered two things about “The Principal and the Pauper:” it was the dumbest thing the show had ever done, and it ended by insisting that no one would ever acknowledge it had ever happened. Before writing this, I went back and watched the episode for maybe the first time in 20 years. What stands out now is how mean-spirited it is.Not only did it reveal to us that the Skinner we had always known and liked was a fraud, but it presented all of Springfield as awful jerks. It ends with the whole town locking up the real Skinner, a war hero, on a train and shipping him out, with Judge Snyder saying, “No one will ever mention this again.”The meat of the episode is the revelation that our buttoned up Skinner was a no-good teenager, a story they could have told in any number of ways. They could have even had his presumed dead mentor show up. Almost everything they wanted to do could have been done without the unforgivable “fake Skinner” aspect, which the writers subconsciously knew was stupid and detestable, hence the whole “we’ll pretend this never happened” ending. If they knew it was a bad idea, why do it at all? One of the smartest shows ever was knowingly being stupid, and for what? For something they knew fans wouldn’t like? It’s like no one working on the show cared about the viewers or the characters. 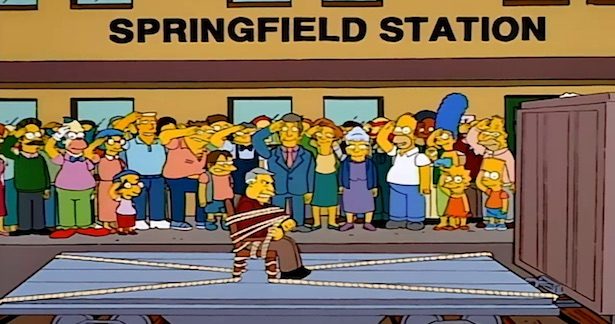 The Simpsons was the best show on TV because it was smart and funny, and because it was full of characters worth caring about. All of the things that were there from the first episode were betrayed by fake Skinner.The Simpsons is still my favorite show, and that’s why I don’t need science to tell me when it stopped being the best. I know exactly when it broke my heart–when it stopped having one.