The Scariest Characters in Tabletop Gaming

Tabletop games have often put us in terrifying scenarios, from facing down numerous apocalyptic scenarios (including zombies, alien invasions, and the waking of the Elder Gods) to more practical but equally scary situations, like taking on the spread of virulent disease.

But let’s face it: some games just have some downright scary characters in them. Here’s a few characters that make us leave the nightlight on. 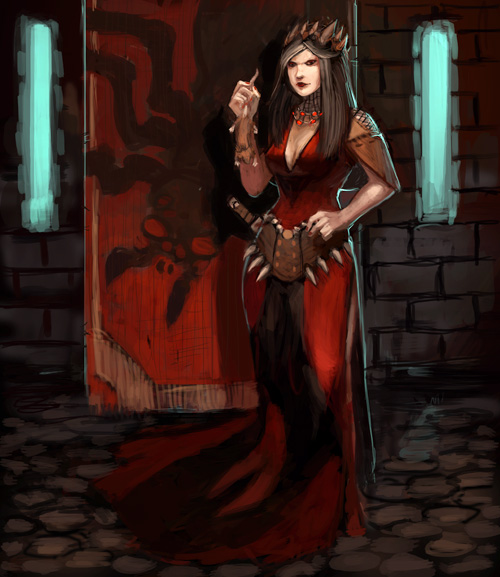 Why you should be scared: If fairy tales are to be believed, there are fewer things more scary than an evil, magical queen. And that’s exactly what Queen Vanestra of Mice & Mystics is. It’s one thing for a villain to be cunning, ambitious and evil, but when you stick magical in there, that’s when it’s time to sleep with the light on. Morever, some of her most powerful minions are spiders. Even when you’re not magically transformed into a mouse and looking one of these eight-legged, furry menaces in it’s many (gross) eyes, the fact of the matter is that spiders are scary and swarms of spiders are the stuff of nightmares.

What you can do to rest easy: Keep a can of Raid next to your bed, leave cheese out in case your would-be saviours need to do something immensely heroic, and if possible, consider kenneling your cat at night. 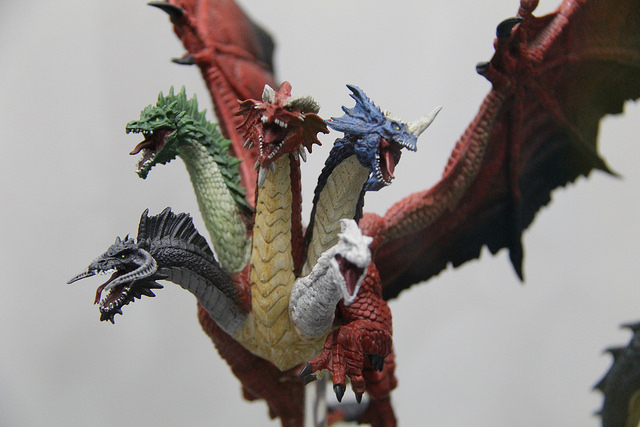 Why you should be scared: Tiamat is the evil dragon queen of all the chromatic dragons. Her mission is to spread evil, propagate fear and create more evil dragons.  Her draconic form is that of a multi-headed, multi-coloured dragon, but she also has a human form: that of a dark haired sorceress. If the thought of an evil queen of dragons, whose dragon form has five heads (any of which could easily chomp down and eat a human up in a single bite) isn’t scary to you, well done on rolling a natural 20 on your will save. Please make way for the rest of us who will be fleeing for our lives.

What you can do to rest easy: Find yourself an interventionist god – the world of D&D is full of them. Alternatively, do some research (knowledge check: history) to find out where Bahamut, Tiamat’s lawful good brother, is crashing these days and try to chill with him. He’s probably got a better chance at facing her down than you do. 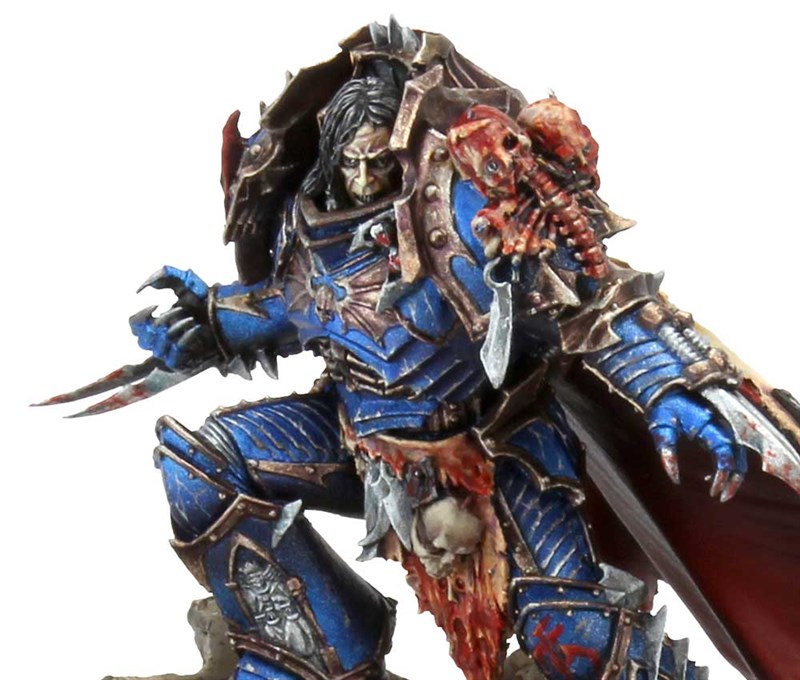 Why you should be scared: The Night Haunter (aka Konrad Curze) is a demi-god whose geneseed was used to create an army of super soldiers to wage war on aliens and human traitor worlds in the far, far future. Take Superman and give him Batman’s sensibility in terms of using fear as a weapon, and you have the Night Haunter. In fact, before he was recovered by the Imperium of Man, the Night Haunter acted as a crime-fighting vigilante on his homeworld, Nostramo, where he’d not only scare the criminals from committing crime by leaving known criminals gutted like fish in the streets, but also leaving the corrupt officials dead, hanging from high windows.

If you think of him like Christian Bale’s Dark Knight mixed with Stephen Amell’s Arrow and Henry Cavill’s Superman (complete with the body count) you get a little insight into what you’re facing when dealing with the Night Haunter.

What you can do to rest easy:  It’s ok, the Emperor of Mankind killed Konrad Curze, which is kind of sad when you think about how he’s also Konrad’s dad (sorta).

THE SHARK – Get Bit!

Why you should be scared: Psychopathic sharks are rare. Most sharks don’t attack humans, simply put. But Get Bit!’s shark is a special kind of apex predator; relentlessly pursuing its prey and obviously insatiable in its hunger as it will consume humans piece by piece and only slowing down after consuming at least 2 grown people, plus whatever parts it is able to bite off the last survivor. This shark makes Bruce from Jaws look like a layabout.

What you can do to rest easy: Land seems to slow down most sharks, though if you’re planning on a seafaring trip sometime soon, learning to swim faster than all of your travelling companions also seems to be a pretty solid plan. 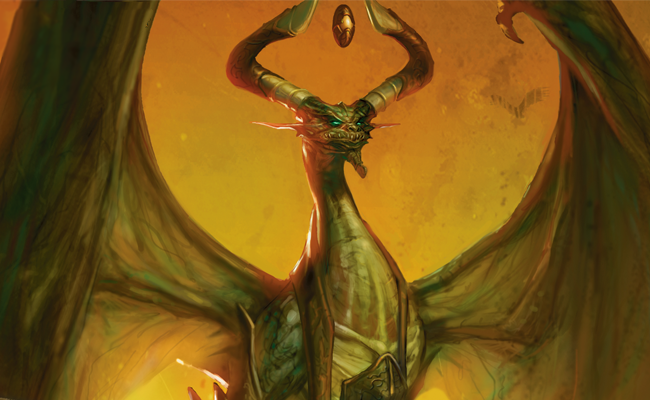 Image Credit: Wizards of the Coast (Fair Use)

Why you should be scared: Have you ever wondered what Lex Luthor might be like were he an immortal dragon who had control over magic? That’s Nicol Bolas in the multiverse–a long-lived, ambitious dragon who survived the Dragon War and now lusts for the power and immortality lost to him after The Mending, which changed the nature of the Plainswalker spark and ultimately left him weakened. It’s not so much the fact that Nicol is a dragon that terrifies, it is the fact that he is an extremely powerful Plainswalker with control over blue, black, and red spells and an insatiable desire for power that will never cease.

What you can do to rest easy: Learn to harness the power of magic yourself  – maybe even watch Day9 on Spellsingers to prepare yourself for what may be a fight for your own life.

Who do you think is the the scariest character in the world of tabletop? Let us know in the comments below!

Feature Image Credit: Wizards of the Coast (Fair Use)