Have you heard of these places where they lock you in a room and you have to try to get out? No, this is not a re-enactment of that depressing Oscar-nominated film Room. This is an escape room, and while they’ve been around online for years, they’ve recently become an explosively popular IRL form of entertainment. With a variety of themes, difficulty levels, rules, and ways to solve each room, escape rooms are the latest and greatest trend. But how did we get from free point-and-click computer games to paying someone to lock us in a room for an hour?

Dr. Scott Nicholson of Wilfrid Laurier University recently wrote a paper on the precursors leading to the emergence of escape rooms which include point-and-click adventure games, puzzle hunts, live-action role-playing, and others over the last 25 years.

Games like Myst (1993) relied on solving puzzles as part of a larger game, much like current real-life escape rooms. The evolution of technologies in gaming led to “Escape-The-Room” games. You might remember these early versions, with basic flash graphics and endless clicking around the screen to find that tiny key or ring. Games like this are very similar in concept to escape rooms now; there are keys that lead to other clues, which might be helpful to the overall puzzle or just completely useless.

Another cultural phenomenon that Dr. Nicholson examines are TV adventure shows. Shows like The Amazing Race require the completion of puzzles using teamwork and communication to reach each goal, which then typically leads to another puzzle. While this is obviously on a much larger scale, these types of shows contribute to the culture in which escape rooms could flourish. 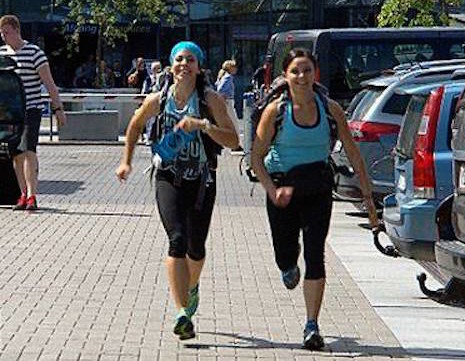 So if we’ve had escape room-type games for so many years, why are they only now getting so popular? Part of the reason may be the joy we get in participating in non-technological activities with friends. I’ve gone to a few escape rooms with friends around Los Angeles. While the theme can be fun and my competitive nature kicks in when I’m trying to beat the clock, what I most enjoy about escape rooms is the chance to work together with friends for a singular cause. Inside the escape room, we aren’t distracted by cell phones or the internet. Instead, we communicate as we work towards a common goal–a successful escape.

Ultimately, Dr. Nicholson comes to the conclusion that no single factor brought about the popularity of escape rooms. It’s really more of a perfect storm. Let’s just be grateful that the stars aligned to lead us to a time where escape rooms are popping up all over the world. Because, man, they’re so much fun!

Why do you love escape rooms? Let us know in the comments!