THE QUEEN OF BLACK MAGIC Is Scary, Skin-Crawling Fun - Nerdist

THE QUEEN OF BLACK MAGIC Is Scary, Skin-Crawling Fun

Indonesia has been making some of my favorite genre movies for a while now. The Night Comes for Us, Satan’s Slaves (both versions), Impetigore, Macabre, and May the Devil Take You are all must-watches for discerning horror fans. This year, Fantastic Fest treated us to a stunning new Indonesian horror flick, The Queen of Black Magic, from one of the country’s most famous filmmakers—and the mind behind more than one of the above movies—Joko Anwar. Talented scare-master Kimo Stamboel directs Anwar’s script, a delightfully nasty (loose) remake of the 1979 cult classic of the same name. 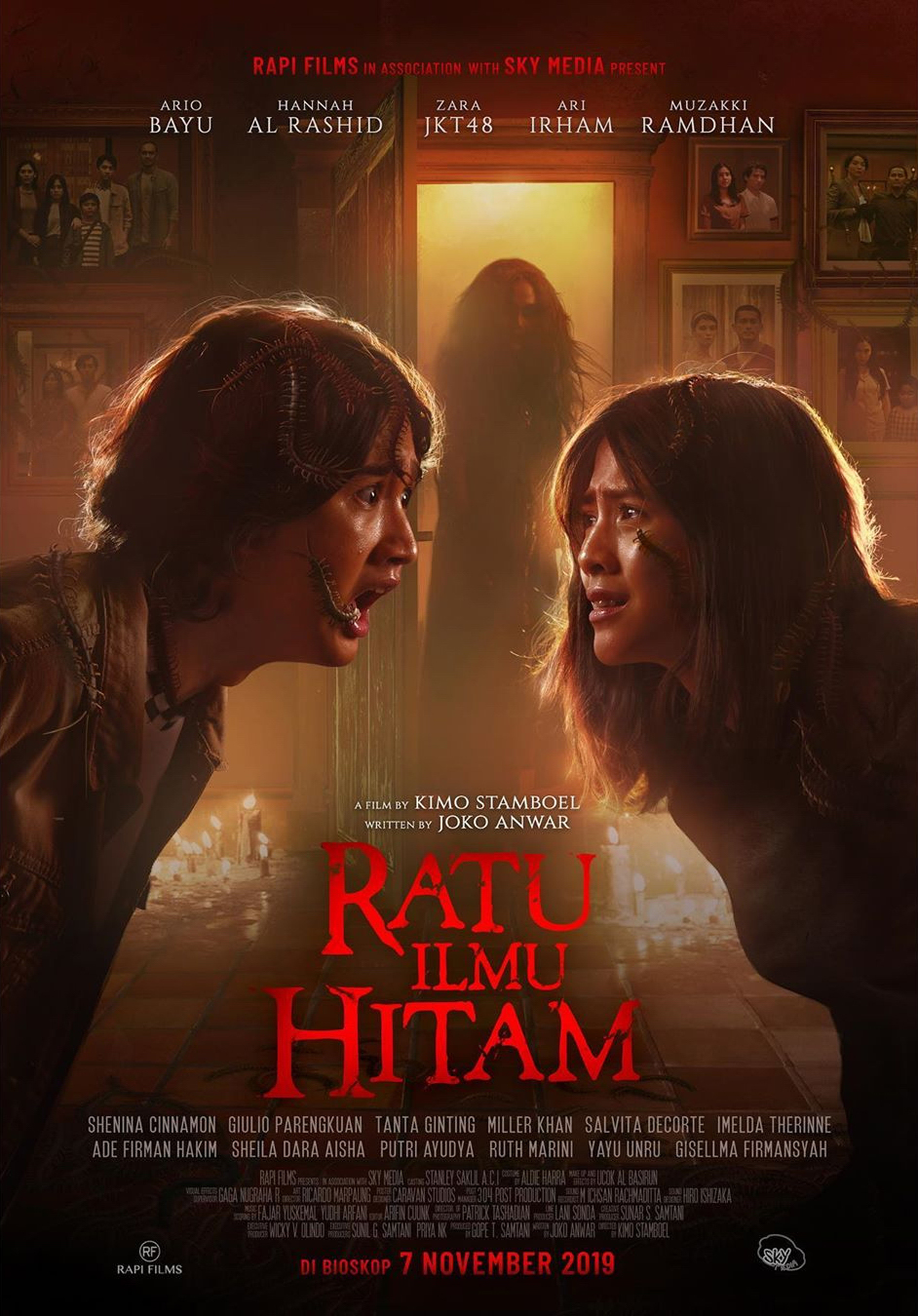 As far as bad omens in horror movies go, hitting a deer on the way to an already ominous gathering is pretty high up there. So that is, of course, exactly what happens when Hanif (Ario Bayu) and his wife Nadya (Hannah Al Rashid) take their family to visit the orphanage where he was raised as a child. The patriarch who raised him, Mr. Bandi (Yayu A.W. Unru), has taken ill, inspiring the trip home. Hanif and his young family are not alone, though. Hanif and family join his childhood friends and fellow orphans Anton (Tanta Ginting), Jeferi (Miller Khan), and their significant others. But as we quickly learn, the unexpected reunion is far from a happy one, and not just due to the illness of Bandi. See, the rural orphanage holds dark and violent secrets, as do the boys who lived there.

Stamboel and cinematographer Patrick Tashadian drench each shot in an atmosphere that’ll make your skin crawl. The orphanage exists in a beautifully muted landscape of beiges, browns, and yellows, making you feel as if you’re stuck in a sepia-toned photo you can’t quite escape from. Anwar and Stamboel commit to creating a contemporary video nasty that avoids the uncomfortable misogyny and racism of the genre’s past, instead relying on gruesome effects and classically chilling moments to scare us. The Queen of Black Magic is an affecting horror in that way, balancing a haunting atmosphere with (actually quite sparse) moments of gore that combine to make something truly memorable. 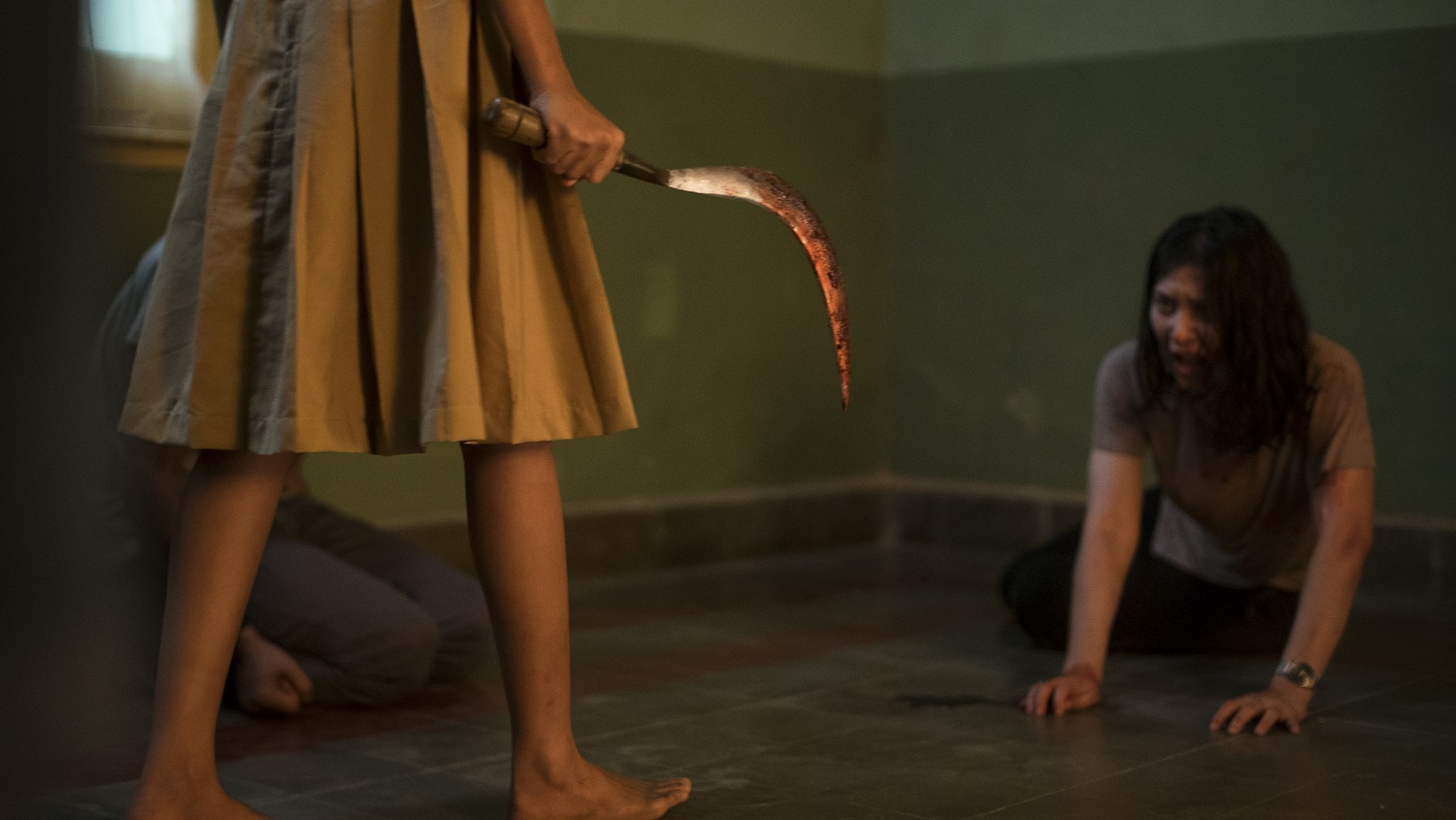 The horror really kicks in when Hanif begins to suspect he didn’t actually hit a deer. He and Jeferi head out to the crash spot and make a terrible discovery. From there on out, Stamboel amps up the fear. If you’re squeamish then you’ll probably watch a lot of The Queen of Black Magic through your shivering fingers. This is old school horror that harks back to older Hong Kong pictures: eyes are popping out, bugs are crawling in and out every orifice, and there’s a sequence with a possessed staple gun that easily goes down as one of my favorite horror movie moments in years. At its heart, though, The Queen of Black Magic is a ghost story. Like any good one, the truth behind the ghost is key.

Just like the film it was inspired by, Anwar crafts a story about abuse, revenge, and the crimes of men. As its secrets and surprises are revealed, the film can easily be read as a story about the horrors of guilt and how the sins of the father affect the next generation. But most importantly it’s a gnarly supernatural chiller that will get under your skin. The Queen of Black Magic is the kind of horror movie that’s the most fun to watch with friends. Yell together, squirm together, gag together. Then take a moment to pray the bad things you’ve been party to don’t manifest in a similar ghoulish way.

The Queen of Black Magic premiered at Fantastic Fest and is coming to Shudder soon.