THE PROTÉGÉ’s Maggie Q on Trailblazing and Choosing Quality Roles

In Lionsgate’s The Protégé, Maggie Q plays Anna, the world’s most skilled contract killer and titular protégé of legendary assassin Moody ( Samuel L. Jackson). Moody’s brutal murder leads Anna down a path of revenge and straight into a conspiracy that brings her in over her head. The script, specifically the concept of a woman confronting her past, immediately drew Q into the story.

“I liked this idea of this person of high intelligence who had this past and created this persona and has this surface life and lived an entirely different existence because I think that it’s obviously an extreme parallel,” Q tells Nerdist ahead of the film’s release via telephone. “She’s a perfect example of someone who compartmentalizes to survive, [putting] things away [to become] this other thing and forget who she was. So I really liked that it was her set of circumstances that led her to a place that was very confronting, [going back to] face this thing and not live a separate life. It all had to come together.”

The Protégé marks one of the few times Maggie Q has been able to portray her own culture. As a Vietnamese American, Q says there are really few scripts about Vietnamese people that aren’t set during the Vietnam War. In the film, Moody saves Anna as a child in Vietnam during the late ’80s-early ’90s, bringing her back to the US. The character refuses to return to her former home until she goes on her quest for revenge. Maggie Q drew inspiration from her own mother, a Vietnamese immigrant who left everything to flee the war-torn country, to depict the character’s loss.

“That compartmentalization where you have to leave [things] behind and it’s very painful — you aren’t really confronted with [it] unless you make the choice.” affirms Q. “That’s very indicative of these people and what they went through [and their] old struggles. It made me very proud to be able to portray that strength and that full circle coming around.”

There was a looming (and righteous) fear among some fans that The Protégé would characterize Anna as a sort of femme fatale or the dreaded stereotype of the dragon lady. But Anna doesn’t ascribe to the tropes that Hollywood often places on Asian women. She’s multi-faceted with a dark past; however, there’s some levity through her love of books and father-daughter-like relationship with Moody. 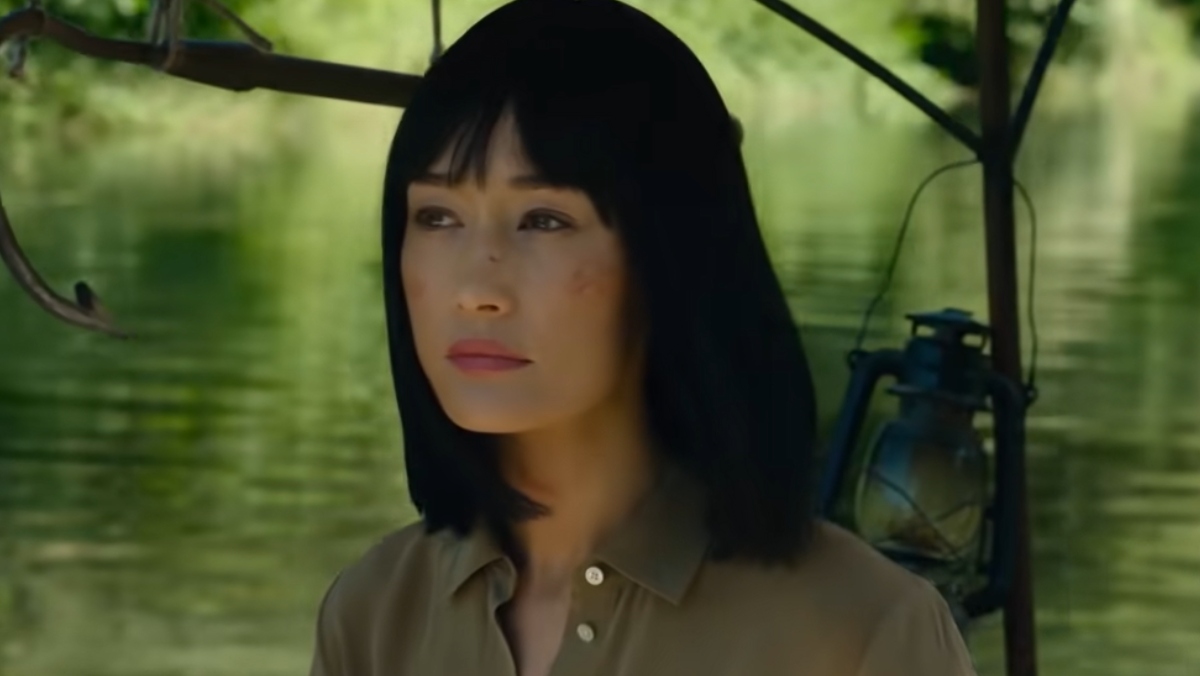 Q understands the fear surrounding tropes. Her 20+ years in the industry include a litany of offers for every imaginable stereotypical role, all of which she’s turned down. She reads every script in its entirety before committing to a project, a position she’s taken her entire career. Maggie Q believes that being an Asian woman in Hollywood is a major responsibility in terms of advocating for accurate and authentic portrayals.

“I’m on high alert for that kind of stuff,” says Q. “Anything that I read that even starts [with an] accent or whispers that way, I have a cellular reaction to it. I can feel the tension [in my body] of ‘Oh no, we’re not going there.’ Because, in this [Hollywood] industry, you have to fight these things all the time, because people will put you in a box. They’ll display you in a certain way that makes them comfortable or in a way they understand, which is very limited. So, for me, it’s always been turning down the things that perpetuate exactly what you’re speaking to and don’t move us forward.”

Q’s concerns are not unfounded according to a recent study, I Am Not A Fetish or Model Minority, by the Geena Davis Institute on Gender in Media, the Coalition of Asian Pacifics in Entertainment, and Gold House. Its research reveals that the top 10 grossing films each year from 2010 to 2019 showed 17% of female API characters were verbally objectified. And, 13% were dressed in hypersexual clothing, more than white or non-API counterparts.

“If we continue to take [these roles], they’ll continue to be created in that way,” Q explains. “It’s not just about your career. When you’re fighting for minority representation as an individual that [gets] in rooms with the people who are paying attention, you have to represent yourself in a way that not only benefits your career, but benefits your entire community.”

Q acknowledges the recent, swift changes for Asians in Hollywood. She credits Asian actors who have been consistently working and laying the groundwork for dynamic projects, including Crazy Rich Asians.

“It’s really a global marketplace now,” she adds. “It’s undeniable. So not even Hollywood can say, ‘Well, we’re just gonna have the typical faces you’ve always seen and we’re gonna stick to that and it’s gonna work.’ It doesn’t work anymore, which is great.”

Interestingly, many of Maggie Q’s roles were originally written for white women, including her iconic role as the title character in The CW’s Nikita. (The former head of Warner Bros Television, Peter Roth, offered the role to her personally.)

And trailblaze is exactly what she does in her new series Pivoting, which premieres this fall on FOX. Q plays Sara, a medical doctor, who questions her career choices after her best friend’s death. Tired of doing something she doesn’t love, she quits her job and begins working at a grocery store. Sara represents many Asians under pressure from their parents to pursue either medicine, law, or engineering when they would rather be doing something else. It’s a fact that makes Q laugh, especially because the role wasn’t written with an Asian doctor in mind.

Maggie Q acknowledges her many Hollywood blessings, from working with Jackie Chan as his protégé to starring in Mission Impossible II, Live Free or Die Hard, and Nikita and now The Protégé. She’s made a name for herself and credits part of her success to her philosophy about being judicious when it comes to her roles.

“I have to tell you all honestly, from the bottom of my heart, I think it has more to do with what I didn’t take than what I have taken,” Q shares. “That’s how powerful it is to not play into the things that people see you as or want to perceive you as.”

Catch Maggie Q in The Protégé when it hits theaters on August 20.

Sujata Day on DEFINITION PLEASE and Living Her Creative Dreams