THE PLOT AGAINST AMERICA to Debut on HBO in March

The late Philip Roth’s award-winning 2004 novel The Plot Against America takes places in an alternate United States history. It follows a 1940s Jewish family dealing with growing fascism and anti-Semitism brought on by a famous celebrity who runs for president as a populist and isolationist. So while it might take place in a fictional timeline, it’s a story that clearly has something to say about our very real world in 2020. And HBO and David Simon are going to bring it to life in an adaptation set to debut this March.

HBO announced at WarnerMedia’s winter TCA event the original six-part limited series will premiere on March 16. It comes from David Simon and Ed Burns, who previously co-created HBO’s The Wire and Generation Kill. The story “imagines an alternate American history during World War II, told through the eyes of a working-class Jewish family in New Jersey as they endure the political rise of Charles Lindbergh, an aviator-hero and xenophobic populist, who captures the presidency and turns the nation toward fascism.”

The Plot Against America, a new six-part limited series, based on the novel by Philip Roth, arrives March 16. #PlotAgainstAmerica pic.twitter.com/oaZUKl6cEZ

Simon was able to discuss the project with Roth before the author passed away in 2018. In a statement, Simon explained why he wanted to adapt the novel:

“As one of our greatest novelists, Philip Roth was generally more known for narratives that went directly to the human heart and the human condition. But with Plot, he delivered an emotionally moving political tract about our country taking a dry run at totalitarianism and intolerance. That it was published in 2004 makes it no less prescient a document at this moment in time. Roth was warning us that it can happen here. And it can.”

Yes, it certainly can. 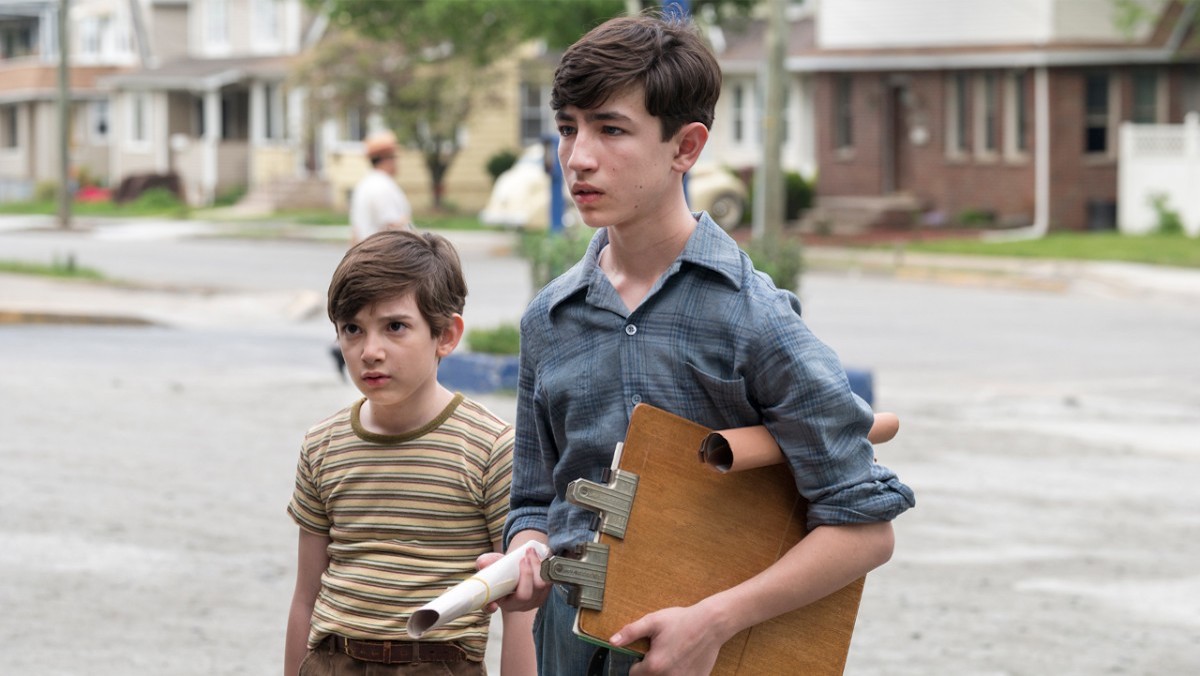 The series will star Zoe Kazan (The Deuce) as Elizabeth “Bess” Levin, “an insightful mother and homemaker who fears for the future as she tries to protect her family amid the escalating political climate.” Morgan Spector (Boardwalk Empire) plays Herman, “her proud and opinionated husband who works as an insurance agent and tries to maintain normalcy and assert himself as an American citizen even as his country seems to be slipping into fascism, anti-Semitism, and xenophobic isolationism.”

The rest of the Levin clan features Anthony Boyle (Harry Potter and the Cursed Child) as Alvin, “the angry orphaned nephew who allows his own sense of injustice and political differences with his Uncle Herman to carry him from the streets of Newark to the battlefields of Europe and then back again.” Azhy Robertson (Marriage Story) stars as ten-year-old Philip Levin, “the youngest of the Levin clan who copes with his own innocent curiosity and growing anxiety in a world that seems to be collapsing around him” And Caleb Malis (Blood Widow) plays Sandy Levin, “the Levin’s artistic teenage son who rebels against his parents as his adolescence becomes entangled with his growing admiration for Lindbergh.” 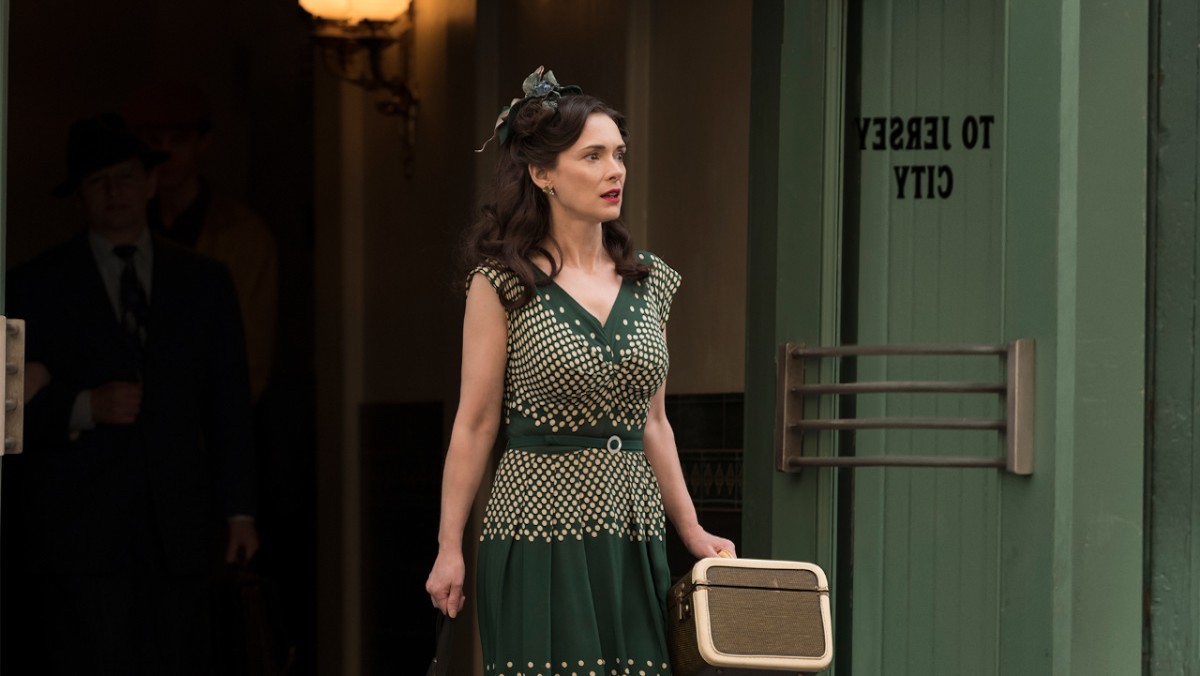 Two big names will also join them. Winona Ryder (Stranger Things) plays Evelyn Finkel,  “the unmarried, older sister to Bess whose own plans were arrested by years of caring for her infirm mother and is hungry to find her own place in life.” And  John Turturro (The Night Of) stars as Rabbi Lionel Bengelsdorf, “a politically conservative rabbi transplanted from Charleston, S.C. who seizes the reins of history to become a key figure in the emergent Lindbergh administration.”

David Krumholtz (The Deuce), Michael Kostroff (The Wizard of Lies), and Jacob Laval (Team Marco) round out the cast. Minkie Spiro (The Deuce) directs the first three episodes of the series. Thomas Schlamme (The West Wing) is behind the camera for the final three. Official synopses for the first three episodes can be found in WarnerMedia’s release announcing the premiere. 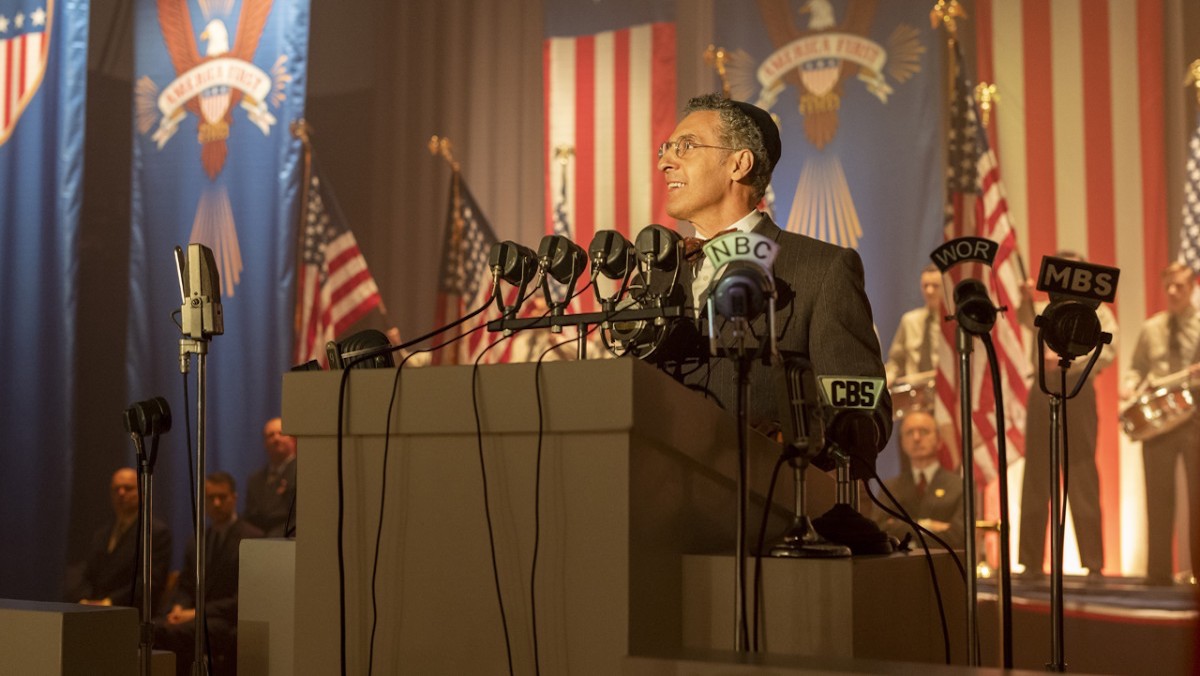 This is the latest project in Simon’s long career with HBO. Simon was also responsible for the scripted dramas Treme and The Deuce. In 2014 he also developed the non-fiction book Show Me a Hero into a six-part miniseries starring Oscar Isaac. The critically acclaimed series also death with racism and the danger of populist politicians who feed into hatred.

As Philip Roth knew, no matter the year or timeline, it’s a topic America always has to deal with.

The Plot Against America debuts on HBO on Monday, March 16 (9:00 p.m. ET). It will also be available on HBO NOW, HBO GO, HBO On Demand, and partners’ streaming platforms.