The Office holds a special place in the annals of television sitcoms. It’s one of the funniest, most beloved TV shows ever. It’s why fans watch and re-watch the exploits of Scranton’s Dunder Mifflin location over and over again. It seems destined to have a staying power the same way shows like I Love Lucy and The Honeymooners have. The series is so popular it was huge news when it was announced the series will be leaving Netflix… for another streaming service. People were/are furious, even though all they’ll have to do to watch is switch apps. With a loyal fanbase like that, it’s hard to imagine any way to make the show even more enjoyable. And yet someone has done just that, simply by adding one undersized member to the cast.

Because The Office is even better when a black cat works at Dunder Mifflin.

YouTube user OwlKitty edited their adorable black cat (of the same name) into the opening credits of The Office. (Which we first saw at Laughing Squid.) From hanging out on Michael Scott’s shoulder while he talks to the staff, to helping Dwight Schrute shred business cards, to waiting on the water cooler, this cat is a workplace social butterfly.

But that doesn’t mean this is a lazy kitten. It’s also adept at making copies, helping Jim work out some sales numbers, and polishing Michael’s best boss statue. 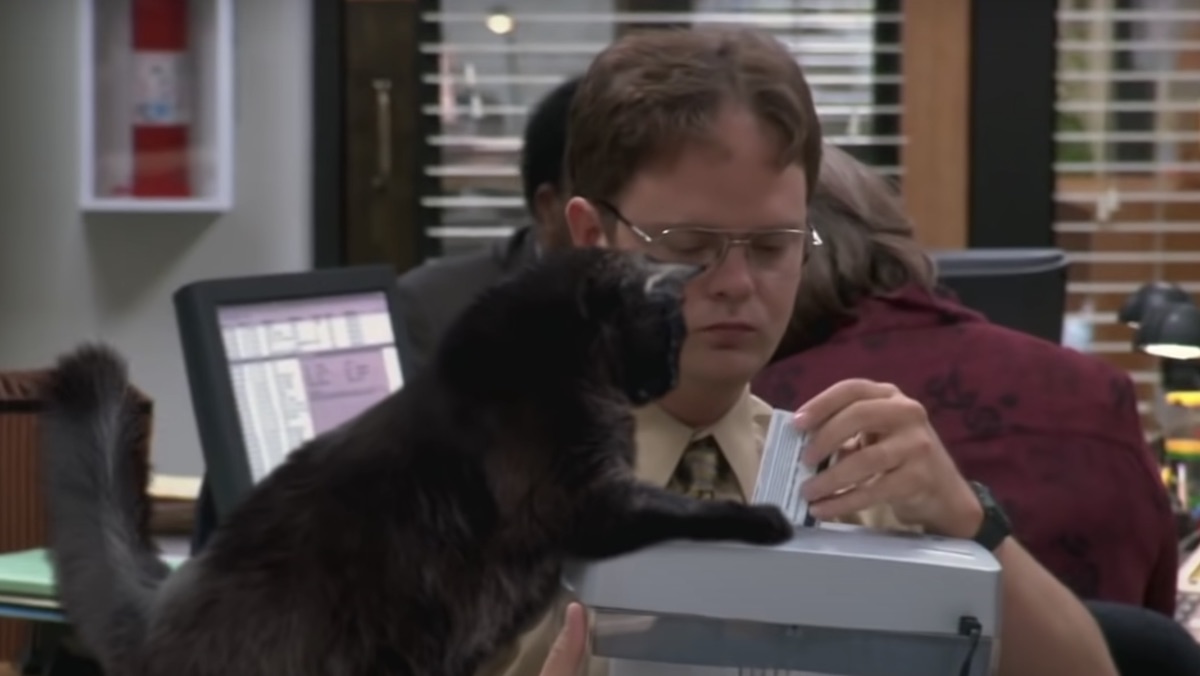 Of course, if a cat did live at Dunder Mifflin there would have been some problems. It might have needed to find a new home while Pam was pregnant, or at least been forced to stay down in the docking bay. And let’s face it, Kevin would have tripped over this adorable kitty at least three times a day.

It still would have been worth it. And it still might be. Some people are coming up on their 900th viewing of The Office. A special office cat edition might be a new way to make a perfect show even better.