This week the official Dungeons & Dragons Twitch channel hosted a first of its kind livestream when it teamed up with band The Mountain Goats for an exclusive mini-concert and album announcement! In front of actual Wizards and a dragon at the Wizards of the Coast office in Seattle, lead vocalist and songwriter John Darnielle played two new songs off the upcoming album In League With Dragons. Here’s the first released track from the album, “Younger.”

John is an avid tabletop player, from indie role-playing games to just getting into Magic: The Gathering recently, he told Geek & Sundry before the concert began. His fascination with wizards sparked much of his imagination for the songs on the album and its overall theme of getting older. Wizards grow in wisdom and power the older they get, he says, as their bodies get weaker—a challenge we all face as we age, magic or not.

“The title ‘In League With Dragons’ had been [written] in a notebook for several years,” John says. “I really liked this title and I was waiting. When I get a title I like the look of, that’s what I do, I keep it… Here’s one that was going to be in this album and I didn’t get to: Blank Sorcerer. Right? 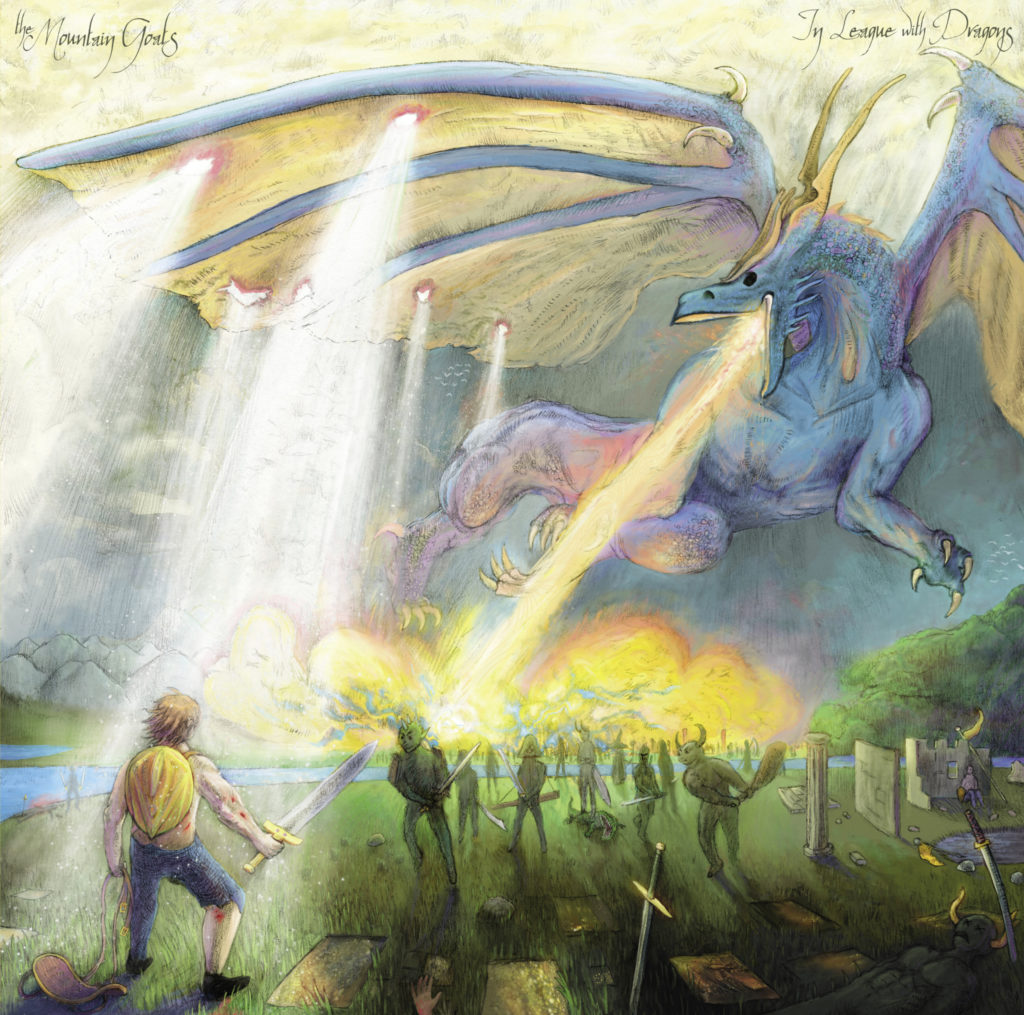 “I had these anchor songs that struck me as good, and I especially liked the ‘In League With Dragons’ song. I flinch when I say, we’re kind of talking about aging here, because you don’t like that as you’re getting older. But dragons like wizards are generally old… There’s young dragons, but a young dragon is a novelty. A dragon is old and strong. But the ‘in league’ part was important to me because you always wonder when people lose their way and become villainous. You wonder when that choice happened. And it was a look at that.”

He’s an avid gamer himself, playing role-playing games weekly with friends, titles like Night Witches from Bully Pulpit Games and Fall of Magic. John also lists Noumenon (the first game he ran) and Tunnels & Trolls in his stable of RPGs. All of these RPGs reveal John’s love of collaborative storytelling, which he feels gaming has in common with songwriting and performing.

“Starting to play games has had a massive effect on the way I write things,” John says. “Because the games we play especially are so improvisational that you learn these improv techniques. You ask, why not. You ask, what next. You say, yes, and… It’s kind of central to the notion of storytelling. It is game playing, that’s what a story is.

“A song is a narrative, too. It’s a game with a series of decisions and bifurcating paths that eventually, hopefully, in a song, lead to some satisfying resolution that you got a sense of what’s going on with the characters in it there, or got scared, or got inspired. That’s game playing itself.” 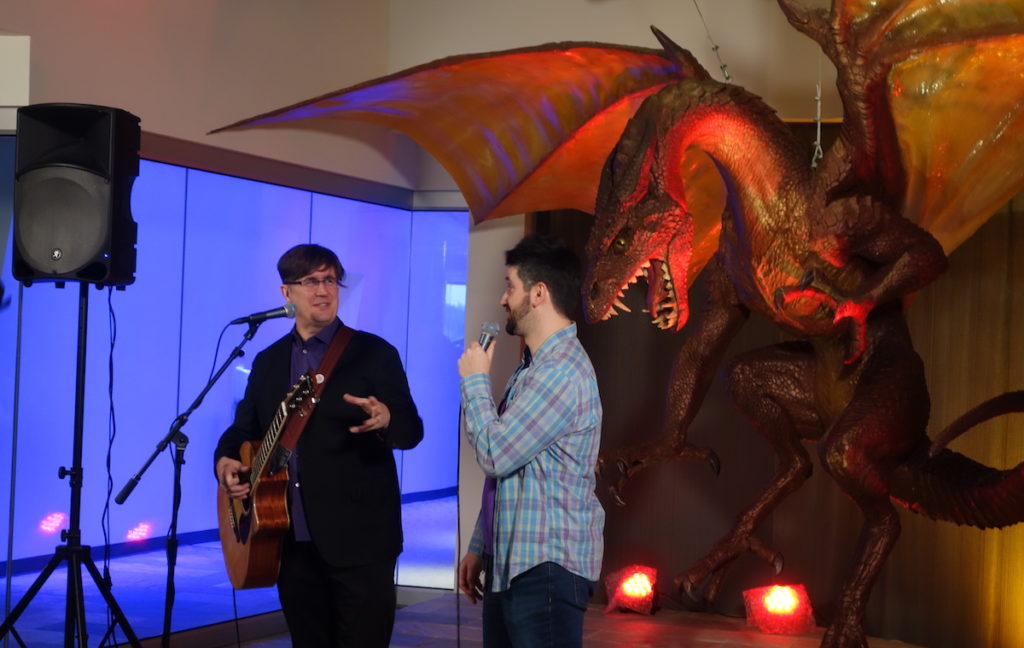 John took the chance to reach out to Wizards of the Coast for a unique announcement for the new album, and it paid off. “You get ready to announce a record, and you don’t just want to do the same old thing,” he says. If you missed the concert, you can find it on demand on the D&D Twitch channel now. In League With Dragons, which has twelve new songs from The Mountain Goats, is set for release on April 26, 2019.

TAGGED: the mountain goats, Music, Wizards of the Coast, Magic: The Gathering, D&D