The Most Heartbreaking Game that Everyone Needs to Play - Nerdist

The Most Heartbreaking Game that Everyone Needs to Play

One of the biggest hardships that any parent could possibly face is losing their child at a young age – the thought is unbearable, especially when it’s something to the likes of cancer.

That’s exactly what Ryan and Amy Green went through with their son Joel, who was diagnosed with an atypical teratoid rhabdoid tumor at just twelve months old. But the Greens opted to tell their story through an interesting means – a video game, a conjunction with other developers and artists that came on board. Thus, That Dragon, Cancer was born.

The game takes place in a first-person perspective, providing players with a glimpse of what parents have to face with such an unimaginable situation. The player takes control of the father, who will make certain choices as he deals with his child getting cancer at a young age. The scenarios follow closely along the lines of what the Greens had to deal with, including relapses and the many visits to the hospital.

There are hardships, to be sure, but That Dragon, Cancer carries a message of both highs and lows to children and families that have gone through something familiar. It features several scenarios, whether it’s playing with said child in a park or looking after them while they attempt to sleep. It provides a sense of exploration for emotions, even in its point-and-click style setting – and the emotional punch it packs is a certainly big one.

That Dragon, Cancer has been in development for some time, with Ryan not only working with developers to complete the game, but also using his own family – including his and Amy’s children – providing voice-work for the game. The unique art style also shows, using faceless characters going through day-to-day scenarios, whether it’s Joel riding atop a toy horse or Ryan comforting his child while sitting in an easy chair.

Even after the passing of Joel in March 2014 (when he was five – three years longer than doctors initially diagnosed), That Dragon, Cancer‘s message continues on in documentary form. 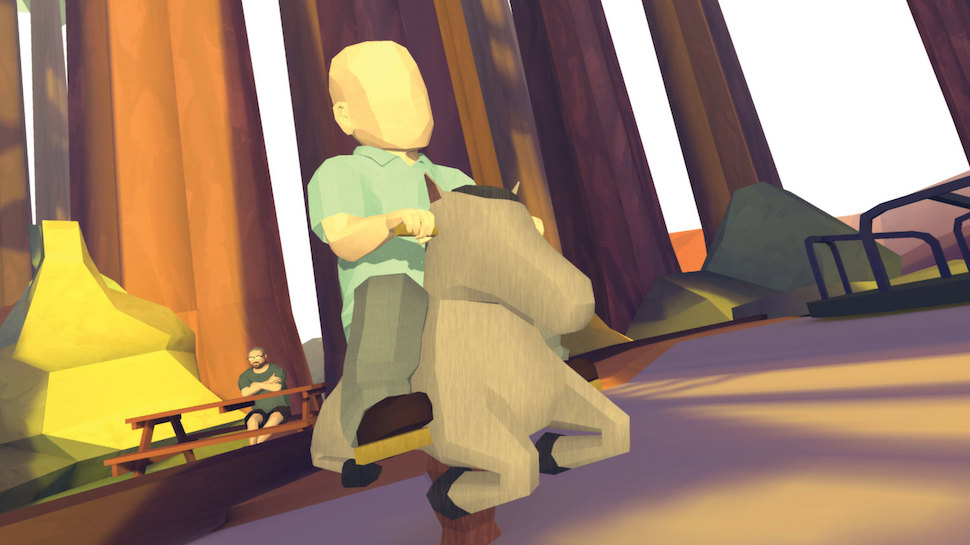 First up, Ryan was interviewed for the film GameLoading: Rise of the Indies, where That Dragon, Cancer was prominently featured amongst other projects. But it’s with the documentary Thank You For Playing that the real story is told, following the hardships of the Greens with development and caring for Joel.

“Thank You For Playing is a thought-provoking testimony to the empathetic power of art, examining how we process grief through technology in the twenty-first century, and the implications of documenting profound human experiences in a new artistic medium: the video game,” says the film’s description page. (The trailer can be viewed below.)

Thank You For Playing, directed by David Osit and Malika Zouhali-Worrall, recently screened at the PAX Prime event in Seattle to a packed house. It’s said to pack just as much of an emotional punch as the game, if not more so. More screenings are being planned in the weeks ahead. (More information on those can be found here.)

With both the game and the documentary, That Dragon, Cancer tells a compelling story, one that shows just how fragile life can be when the unexpected happens. When they both get their release in the next few months (with the game coming to Steam and Mac, and the film on DVD/digital), you should definitely give them a look. With both, Joel’s memory certainly lives on.