Over one hundred creators from around the world have come together to give the monsters of classical mythology and Dungeons & Dragons lore their due! Uncaged, an adventure anthology for 5e put together by Ashley Warren, is out today in digital on the Dungeon Masters Guild. Inside the four volumes of incredible content you’ll find compelling adventures featuring the beasties from your battered copy of Bulfinch’s Mythology or your well-loved Monster Manual–but you won’t necessarily be fighting them. 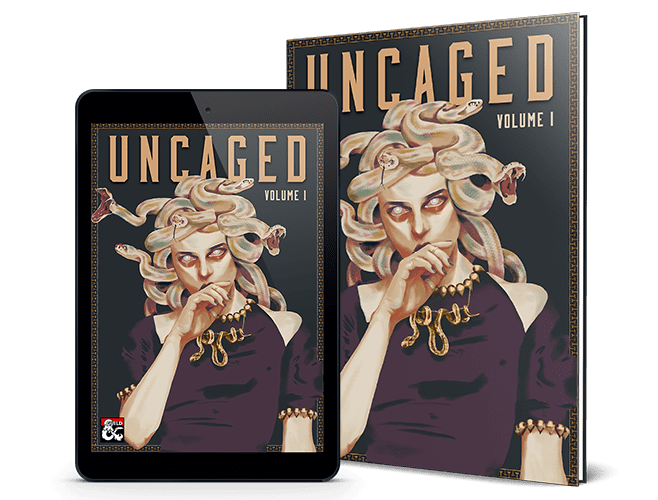 Uncaged doesn’t tell the stories of female creatures and monsters from mythology and folklore that you might expect in a typical D&D adventure, but instead turns those stories on their heads. In fact, it all started with a head, editor and anthology creator  Ashley Warren tells Geek & Sundry.

“I was very inspired by a sculpture by artist Luciano Garbati, which depicts Medusa holding the head of Perseus — a reversal of the traditional mythos of Perseus slaying Medusa and wielding her head as a weapon,” she says. “I write and produce RPG content and am constantly referencing the Monster Manual; while flipping through it, I kept thinking how cool it would be to write subversive one-shot adventures about the creatures within it.”

After calling on social media for submissions to turn the idea into adventures, Ashley received an immediate response. “It was honestly overwhelming,” she says. “My email inbox is still recovering. The RPG community never ceases to amaze me with its enthusiasm for new ideas. The project was originally envisioned as a one-book anthology but it quickly became very apparent that it would need to be a series. I wanted to include as many people as possible, because why not?”

The majority of contributors in Uncaged are women or non-binary writers and artists from around the world. You’ll find adventures with medusas, harpies, and hags alongside monsters of folklore from real-life cultures and legends. 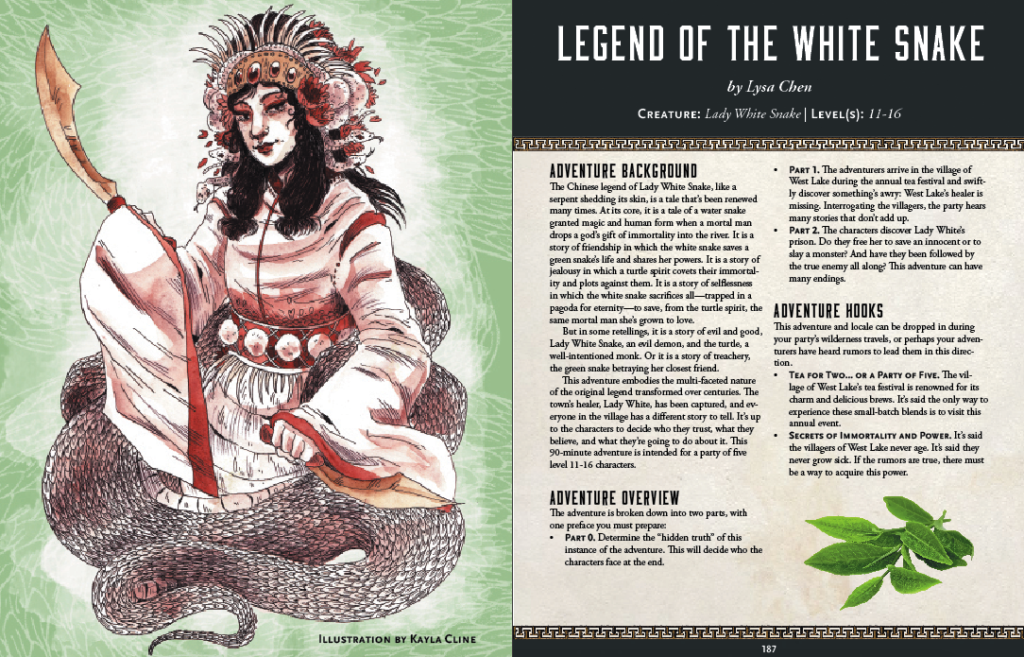 Relics and Rarities‘ own Jasmine Bhullar, who plays Beryl the Brutal, penned the foreword for the digital version. “Jasmine is an amazing representative for our hobby and we’re delighted she took an interest in our project,” says Ashley.

Ashley has a sneak peek at what else you can find in the collections’ pages. “Every adventure is fun, challenging, atmospheric, and engaging,” she says. “Kat Kruger’s dark and moody adventure, ‘A Wild Hunt,’ is about the kumiho, a nine-tailed fox from Korean folklore. ‘Swamped’ by Jessica Ross centers on a boo-hag and her coven in a swampy locale. ‘Heart of a Goddess,’ by Elise Cretel, is about the Egyptian goddess Ma’at and her reclamation of power. ‘The Tale of Sepha and Adé’” is a queer retelling of the Hades and Persephone myth set in the Underdark. And of course, we have adventures featuring our cover girl medusa, including ‘Lost Gods’ by Natalie Wallace and ‘The Guardian of the Forest’ by Awkward Bard. This is just a taste of what’s included!” 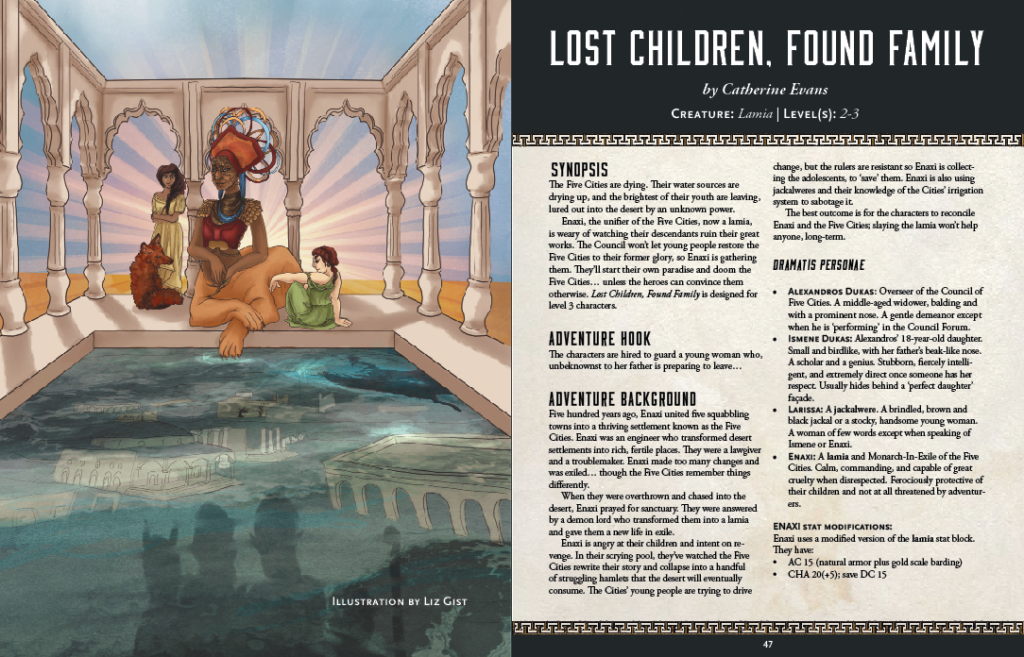 The first volume of Uncaged contains 25 original adventures and is available now for $14.95 on DMs Guild, with the remaining three volumes coming later this spring. Print editions will also be coming soon.

“I have been so moved by the incredible community that has grown from this project,” says Ashley. “It’s been an honor to work alongside such talented women and non-binary creators. Many of the contributors are first-time authors and artists, and they are already starting new projects and signing publishing contracts as a result of their involvement. I expect great things to come from this group.”

“Legend of the White Snake,” written by Lysa Chen and illustrated by Kayla Cline