The LONG HALLOWEEN OF VICTORY: The Evolution of the Loeb/Sale BATMAN - Nerdist

The LONG HALLOWEEN OF VICTORY: The Evolution of the Loeb/Sale BATMAN

In 1993, writer Jeph Loeb and artist Tim Sale took a page out of the Simpsons’ book and created a series of Halloween Specials. Instead of laughing with Bart and Lisa, readers were taken into the dark world of Gotham City with the Dark Knight Detective himself.

For three years, Loeb and Sale released Batman: Legends of the Dark Knight Halloween Special, and within this anthology series, created a unique tone for Batman. The success of these specials allowed Loeb and Sale to create an entire world around these stand alone stories. Let’s look at the evolution of the Jeph Loeb/Tim Sale Batman. 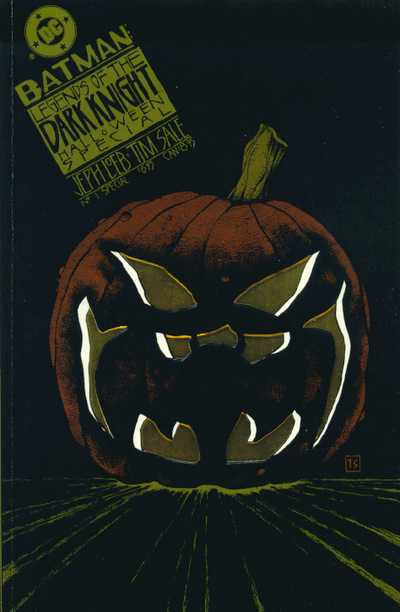 In the inaugural tale, Batman goes up against the Scarecrow and succumbs to his fear toxin. At the same time, a woman has entered Bruce Wayne’s life and brings him to an important decision: is saving Gotham more important than saving himself? Being a Legends of the Dark Knight tale, these stories take place at the beginning of Batman’s career, when he is still questioning his choices and his drive. Early on, he was probably questioning himself every  time a new villain made their debut. 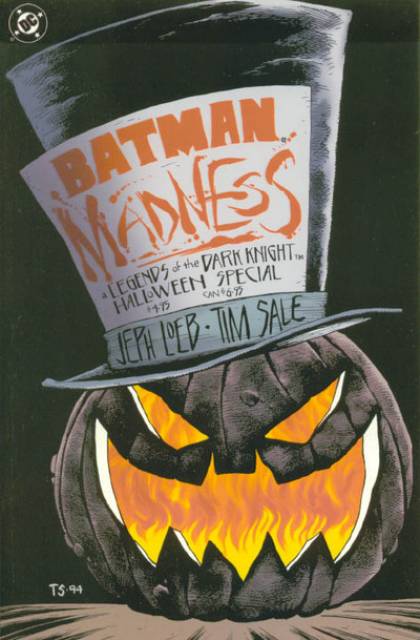 The Mad Hatter has kidnapped various children throughout Gotham, and a young Barbara Gordon is among his victims. This is as much a Jim Gordon story as it is a Batman story, where Gordon is trying to build a relationship with his newly adopted daughter when all this occurs. At the same time, an injured and delirious Batman is plagued by the memories of his murdered mother, and it is up to Dr. Leslie Tomkins to nurse him back to health if he is to rescue Barbara before it is too late. 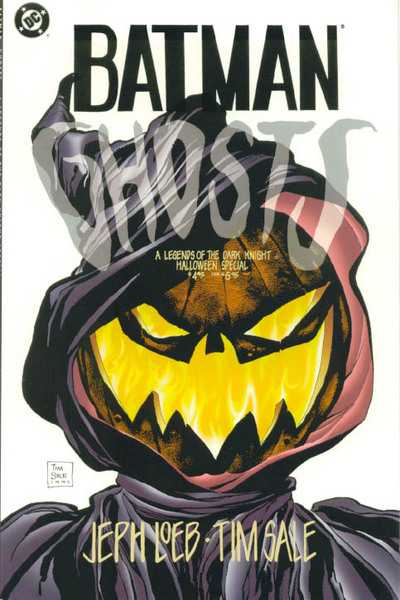 The final tale is a Halloween take on A Christmas Carol, as Batman is visited by three ghosts (Poison Ivy, The Joker, and Death itself) to prove that even though he IS Batman, being Bruce Wayne is just as important.

What set these stories apart was the combination of style and tone that Loeb and Sale created. Loeb, while making sure that Batman was always the central character, made sure readers saw the story from multiple points of view, leading to a more rounded story. Sale’s art was special because instead of focusing on “realistic” portrayals of the characters, he personified their character traits. Take a look at the Joker in the Gallery below. No one has a mouth that big, but the Joker never shuts up. Batman needs to be a larger than life figure to instill fear, so he stands heads above everyone he shares a panel with. The writing and art share a “film noir” feel that relates well with the stories. Batman: The Animated Series had a similar feel, and since these books were created at the same time, that is not surprising. 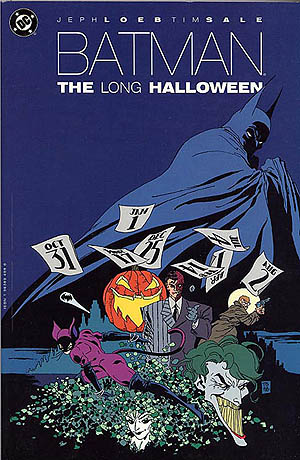 With the success of the Halloween specials, DC allowed Loeb and Sale to build upon the tone and style that their version of Batman was known for. The result was the 13-part maxiseries, The Long Halloween, which is set during Batman’s early years. The main story arc revolves around the search for the serial killer “Holiday.”

This book was also important because it chronicled two main points in the Batman mythos. First, it showed the slow transformation of Harvey Dent into Two-Face. Second, the main villains at the beginning of the story are the Falcone and Maroni crime families. By the end of the book, Gotham has been taken over by Batman’s Rogues Gallery. What at first was just a “whodunnit,” slowly turned into a character study of what Gotham “was” and “is” today. 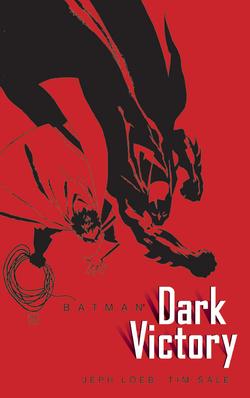 The sequel to The Long Halloween, Dark Victory takes place a few months after “Holiday” has been caught. Now, a NEW killer, called “The Hangman,” has started committing murders, also on Holidays. Just like its predecessor, Dark Victory uses the Hangman as merely a backdrop for the evolution of the Batman universe. Dark Victory introduces Dick Grayson, and his eventual debut as Robin, The Boy Wonder. This is vital to the Dark Knight because as super-villains replaced mobs and gangsters, Batman realized his mission to rid Gotham of evil can no longer be fought alone.

Check out the gallery below for Tim Sale’s take on the Batman Universe and its characters.

What started as three one-shots turned into an entire universe. Loeb and Sale turned a special into a series, which is something even Batman could be proud of.

So what do you think? Which of these stories are your favorites? Did you know who “Holiday” was before the big reveal? Let me know on Twitter or sound off in the comments below.