The Legend of Korra is Getting a Tabletop Game This Year

The Legend of Korra may be over, but gaming fans will soon have the opportunity to revisit the world that Korra inhabited. IDW Games has revealed that the sequel series to Avatar: The Last Airbender will be its second tabletop collaboration with Nickelodeon.

According to IDW Games, The Legend of Korra: Pro-bending Arena will evoke the first season of Korra’s adventures in Republic City when she was part of the pro-bending sports team known as the Future Industries Fire Ferrets.  The focus of the game will be on the Fire Ferrets and their hated rivals, the White Falls Wolfbats. Within the game, two players will assume control over their respective teams as they draft benders by building a deck of cards and deploy elemental tokens on the game board. The game will also maintain the rules of pro-bending that were established in the show. Essentially, there are two ways to win a head-to-head match: knock all of the opposing team members out of the ring or advance the furthest before the game is over. 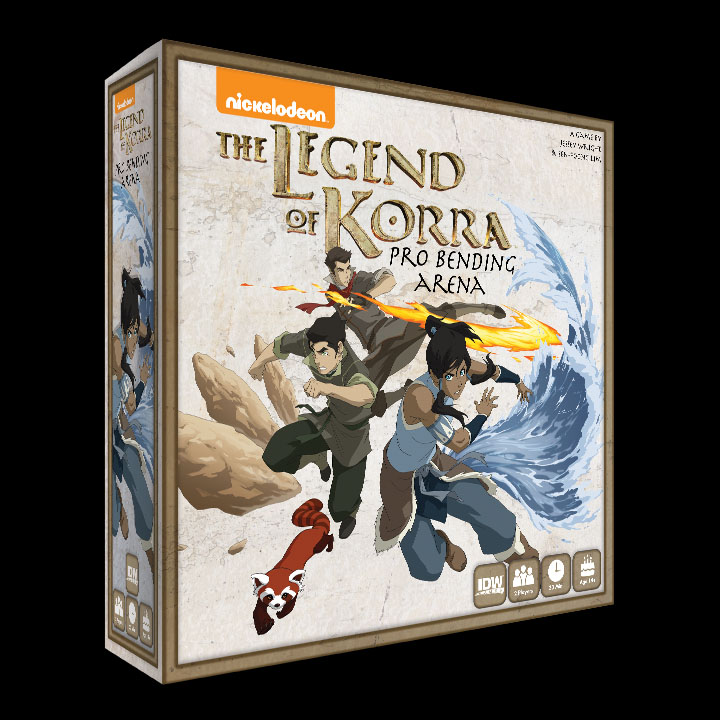 Sen-Foong Lim (Akrotiri, The Godfather: A New Don) and Jessey Wright (Pocket Adventure) collaborated on the creation of this game, which is geared towards fans of the series and tabletop gamers alike. IDW Games notes that this is only the first Legend of Korra game to be released under the Nickelodeon deal, but no other details about additional titles have been revealed. Avatar: The Last Airbender and The Legend of Korra both have a very rich mythology and compelling characters that would be ideal choices for future tabletop games. And the possibilities are quite enticing.

Later this summer, IDW Games and Nickelodeon will start a Kickstarter campaign for The Legend of Korra: Pro-bending Arena, and the game will be released this fall at FLGS across the country.

Are you excited about the chance to revisit The Legend of Korra through the new tabletop game? Let us know in the comment section below!