It was only last month that 20th Century Fox announced The King’s Man, a prequel to the Kingsman franchise. In 2020 we, will get to see how the first independent intelligence agency got its start. Now, like a gentleman who would not want to keep us waiting, the studio has already released the first teaser for the film. How did the finely clad agents find their dapper-shoed footing? During one of the most violent eras in history, when civilization itself stood on the precipice of total destruction at the hands of evil men. Stopping required more than just one soldier who could pull off a three-piece suit.

“As a collection of history’s worst tyrants and criminal masterminds gather to plot a war to wipe out millions, one man must race against time to stop them. Discover the origins of the very first independent intelligence agency in The King’s Man.

In addition to the horrors and deaths caused by the Great War, we also see a pre-Russian Revolution figure who can only be the infamous Rasputin. If he is the film’s main villain he will make for yet another memorable baddie in the franchise.

However, even more exciting might be the person who appears to be the original “King’s Man.” Ralph Fiennes (perfect) stars as a WWI soldier who went from No Man’s Land on the front lines to being an original Galahad figure as the Kingsman’s founder. The agency’s tailor shop and manor already seem to be in place as he begins training Harris Dickinson for induction, so there’s a lot to learn about exactly how, when, and why the group came into being well beyond it’s efforts to stop the war. 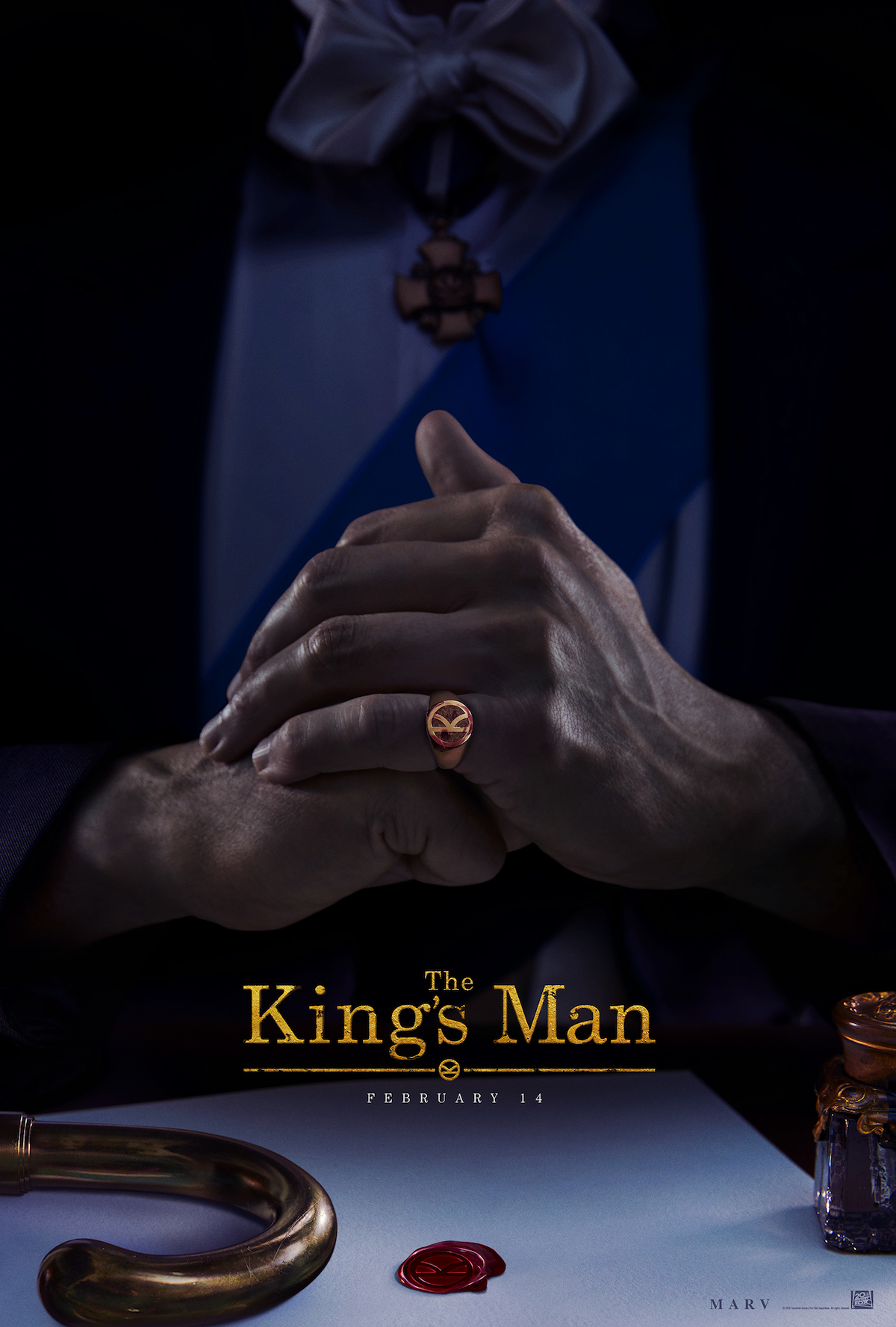 Also, while this teaser gives us an idea of the film’s setting and tone, it doesn’t reveal how loaded the cast is. Gemma Arterton, Rhys Ifans, Matthew Goode, Tom Hollander, Daniel Brühl, Djimon Hounsou, and Charles Dance will also star in the film. The King’s Man is directed by Matthew Vaughn, who also helmed the first two films.

The King’s Man doesn’t come to theaters until February 2020, which means we still have a long wait ahead of us. But try not to get too upset about that. Remember, no matter the century or situation, manners maketh man.