Ever since Jason Aaron’s new Thor series came out atÂ Marvel, featuring a mysterious woman wielding the hammer and name of the Norse God of Thunder, people have been wondering who exactly is behindÂ that masked helmet. Fan guesses ranged from the very obvious (Lady Sif, Valkyrie, Angela) to the little more off-kilter (Amora the Enchantress, due to her blonde hair, and even Thor’s mother, Frigga) to the straight-up WTF (Gwen Stacy?! Yes, I saw someone out there suggest that for reals.) Well, wonder no more, Asgardian fans. The identity of the female Thor has been revealed in this week’s issue #8, and it’s none other than…(It’s your last chance to avoid SPOILERS,Â folks, so turn back now or forever hold your peace) 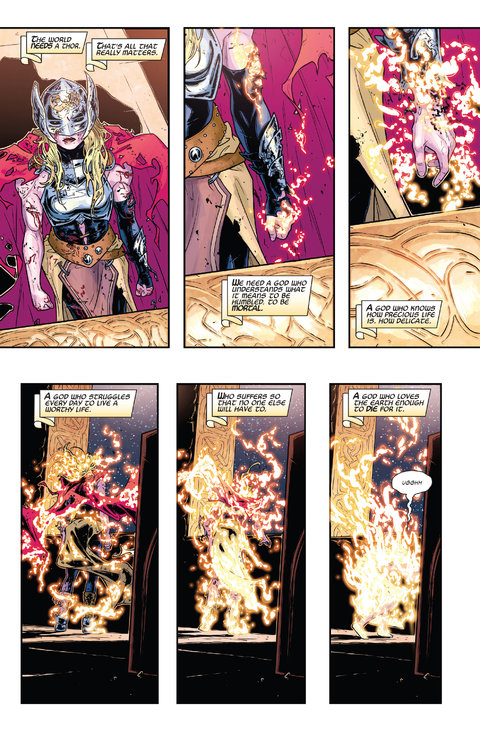 …Jane Foster, Thor’s long time love interest, who is played by Natalie Portman in the movie series. In the comics, Jane Foster has been battling breast cancer, and it appears that in her mortal form, she still has it. In an interview with Vulture, writer Jason Aaron revealed that whenever Jane Foster lifts the hammer, she becomes a superpowered god; when sheâ€™s not using it, she transforms back into her weakened mortal self. It also appears that the magic transitions actually are making her conditionÂ worse. 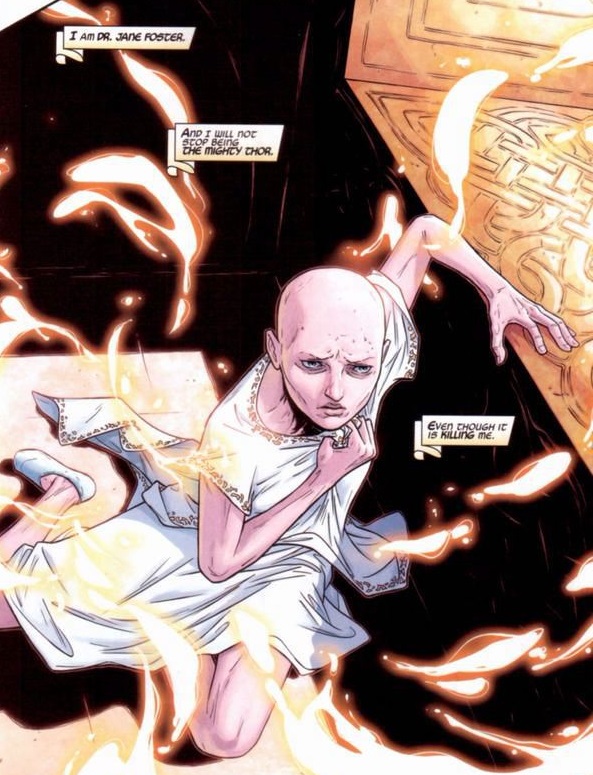 So were there ever any other women from the Marvel Universe who were considered to be the new Goddess of Thunder? Not really, according to Jason Aaron; “I think we only ever really talked about Jane. It grew out of the idea of the previous Thor becoming unworthy, which was something I was always building toward…That opened the door for someone else to pick up the hammer and carry it around in his place. Really, the only character that was discussed was Jane.”So what do you think of the new Thor’s identity? Are you happy with Jane Foster as the God of Thunder, or are you ready for good ol’ Goldilocks to take the hammer back? Let us know in the comments below![HT: Vulture]