Veteran horror director Eli Roth may not be the natural choice for YA gothic adventure film, but the new trailer for The House With a Clock in its Walls is looking positively Spielbergian. That’s probably not a coincidence, since the film is being produced by Steven Spielberg‘s Amblin Entertainment. And if the new footage gives you flashbacks to J.K. Rowling’s famous boy wizard, keep in mind that John Bellairs’ original novel predates Harry Potter by over two decades.

The latest trailer for The House With a Clock in its Walls introduces Owen Vaccaro as Lewis Barnavelt, a ten year-old orphan who goes to live with his uncle, Jonathan Barnavelt (Jack Black). Uncle Jonathan is a warlock who lives in a very creepy and very amazing house filled with magic and creatures that are only dangerous if they don’t get fed. As the title implies, there is a clock hidden within the walls, thanks to the house’s previous owner, Isaac Izard (Kyle MacLachlan). Jonathan and Lewis don’t know what the clock does, but it is ominously counting down when Isaac returns to threaten their lives.

Cate Blanchett co-stars in the film as Mrs. Zimmerman, Jonathan’s neighbor and one of the few allies that Lewis and his uncle have against Isaac’s dark magic powers. To survive, Lewis is going to have to take a crash course in his uncle’s world of magic and spells, and he may even have a bright future ahead, if audiences like this film. Bellairs wrote 11 additional novels about Lewis’ continuing adventures, which means we could be witnessing the birth of a new cinematic franchise. 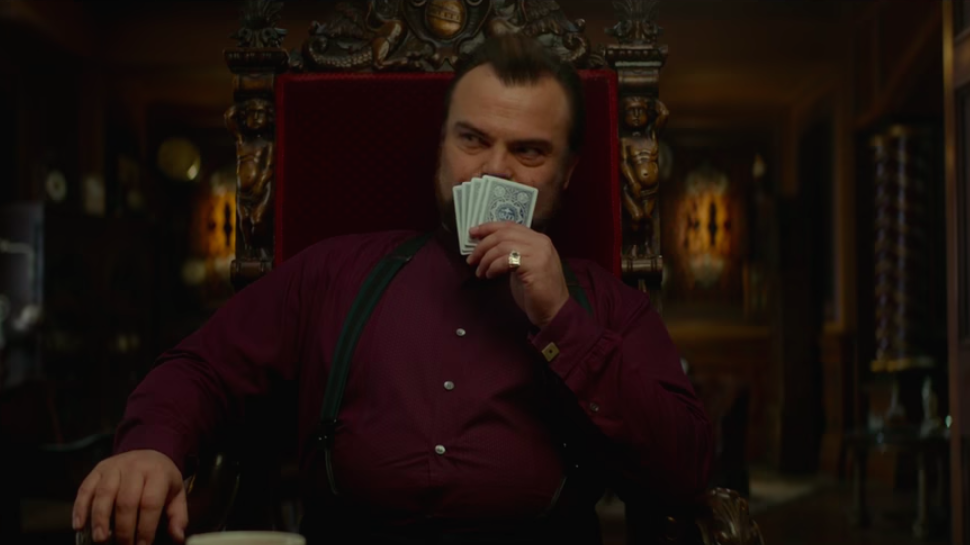 The House With a Clock in its Walls will haunt movie theaters on Friday, September 21.

What do you think about the new trailer for this film? Let us know in the comment section below!

TAGGED: Cate Blanchett, Jack Black, Eli Roth, the house with a clock in its walls