Sometimes you can’t trust your own memories–like when you wake up in a cabin with no idea of who or where you are–but we bet you remember how terrified you were the first time you watched our horror film about a summer camp hit by a mysterious plague, The Hive. But whether you need a reminder, or have never seen our 2014 movie about the nightmarish virus that hit Camp Yellow Jacket, you’re going to find the power of love in this announcement: the movie is now available to stream at your favorite digital platforms. Nerdist Presents: The Hive stars Gabriel Basso (Kings of Summer, Super 8) as Adam, a counselor who awaken locked in a cabin with no idea of who he is other than the notes he wrote on himself. He must also overcome false memories to save the love of his life Katie, played by Kathryn Prescott (MTVâ€™s Finding Carter, Skins), as well as the other uninfected campers from the strange plague that is turning other counselors into terrible monsters, in an action-packed horror film that blends multiple genres into a story of fear, humor, and love.

Directed by Dave â€œYarvoâ€ Yarovesky, the film also stars Jacob Zachar (Greek), Gabrielle Walsh (Vampire Diaries, Paranormal Activity: The Marked Ones), and Sean Gunn (Gilmore Girls, Guardians of the Galaxy).And starting today you can stream The Hive at home with your favorite digital platform, including at: 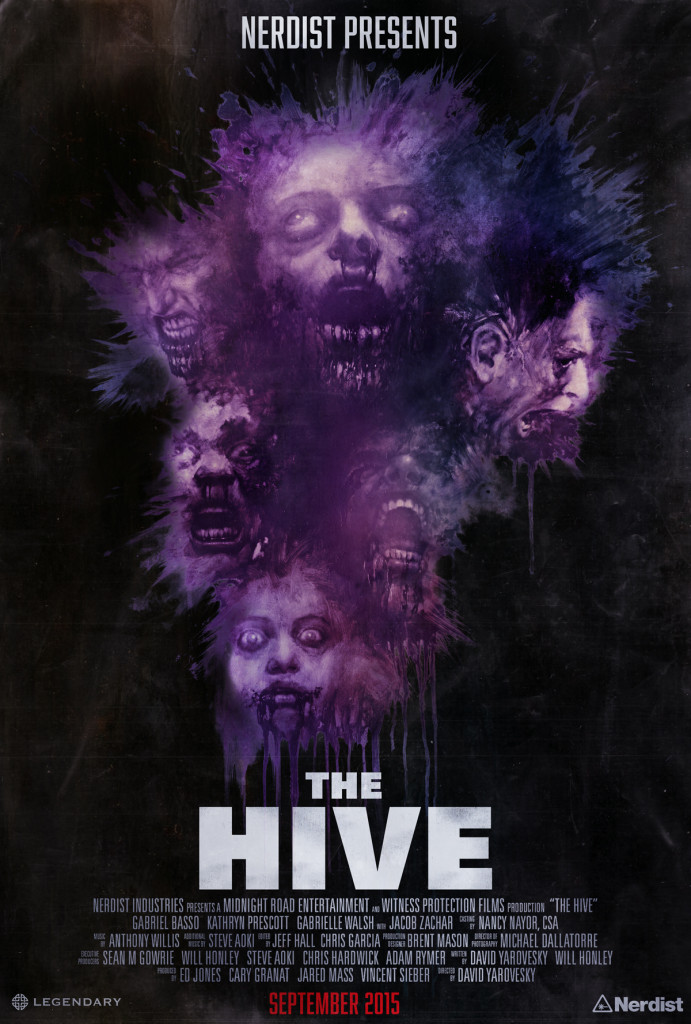 We know you won’t forget seeing the movie, but you never know when a weird plague will crash land. So just in case you wake up in a cabin with no idea who you are some day, you should probably write down the link to this post on your body so you can find where to re-watch The Hive.