Warning: Major spoilers for The Haunting of Hill House follow!

Mike Flanagan‘s The Haunting of Hill House is an utter delight… if you like to be scared out of your wits. The 10-part Netflix series hit the streaming service this weekend and is already soaking up tremendous praise from fans and critics alike. The show diverts wildly from its source material, Shirley Jackson’s 1959 novel of the same name, in turn spinning its own terrifying, beautiful story one about generational grief, shared pain, and illness, with horror as metaphor for the things families don’t talk about. It’s a lot to take in, but the show is fully aware of the story it’s telling, and tells it meticulously. Multiple viewings are rewarding and immensely satisfying; this is horror at its smartest and most particular.

The show follows the Crain family father Hugh, mother Olivia, and children Steven, Shirley, Theodora, Luke and Nell who move into the titular house so they can flip it and sell it to new owners. Even though their stay is brief, the house casts a mysterious spell on them; Olivia dies there, and the Crain children are never quite able to shake their time in its halls, even into adulthood, where they are stalked by the ghosts they first encountered there.

One major mystery presented in the first episode is that of the “red room,” a mysterious locked room that no one can open. The house’s skeleton key doesn’t work, and Hugh is unsuccessful in his attempts to break it open with a hammer. But as we learn in the season finale, “Silence Lay Steadily,” the mystery of the red room is far greater than we might have anticipated. Turns out, we’d been in it many times before without realizing it.

Here is a breakdown of the red room, and what it means for the character of The Haunting of Hill House. 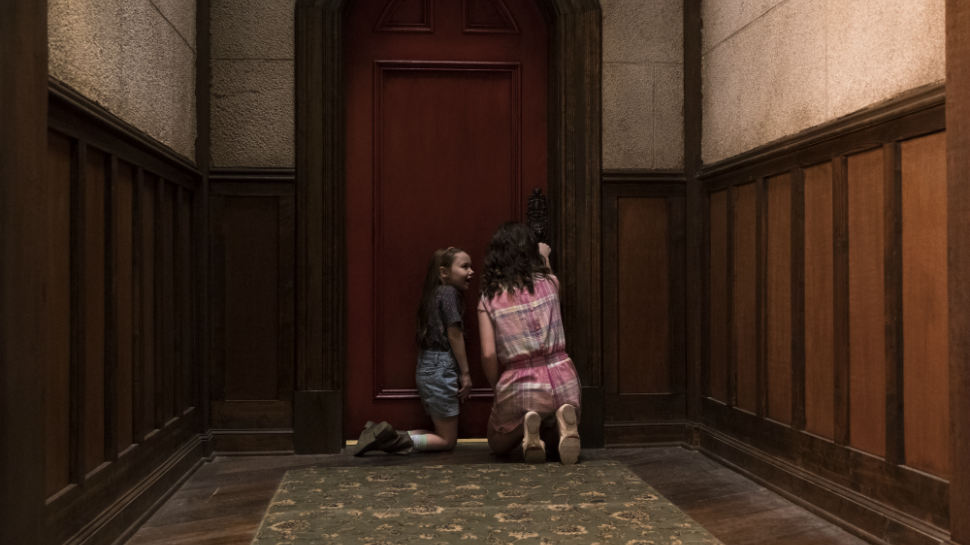 Olivia Crain almost kills her children in the red room

One big revelation from episode nine, “Screaming Meemies,” is that, at the height of her madness, Olivia Crain grows obsessed with preserving the youth of her youngest children, Luke and Nell. Feeding off her worries that they would be robbed from her, one of Hill House’s “ghosts” convinces her to make sure they’d stay with her forever in the home that had claimed her. Whether you believe this is Olivia’s illness or a real ghostly interference will depend on how you view the paranormal, but either way, under the house’s spell, she tries to kill her children with rat poison.

Because Hill House works in mysterious ways, an entranced Olivia is able to easily open the red room door when it comes time to give the house new victims. Olivia, Luke, Nell, and Luke’s seemingly imaginary friend Abigail—who is, in fact, the young daughter of Hill House’s caretakers, the Dudleys, and perfectly alive—all make it into the red room for a “tea party,” which is an ill Olivia’s way of bringing them together. Forever.

Though she tries to feed them all the rat poison tea concoction, only Abigail actually takes a sip; Hugh intervenes before his own children can taste it. Hugh escapes with the kids, saving them from their mother’s mania, but Abigail dies. Her ghost, like all the ghosts of Hill House, emerges, and, in the show’s finale, her parents agree not to say anything about the Crains to the police so long as they let the house stand, so they can visit Abigail whenever they wish. Olivia then plummets to her own death atop the house’s spiral staircase, her ghost remaining behind. 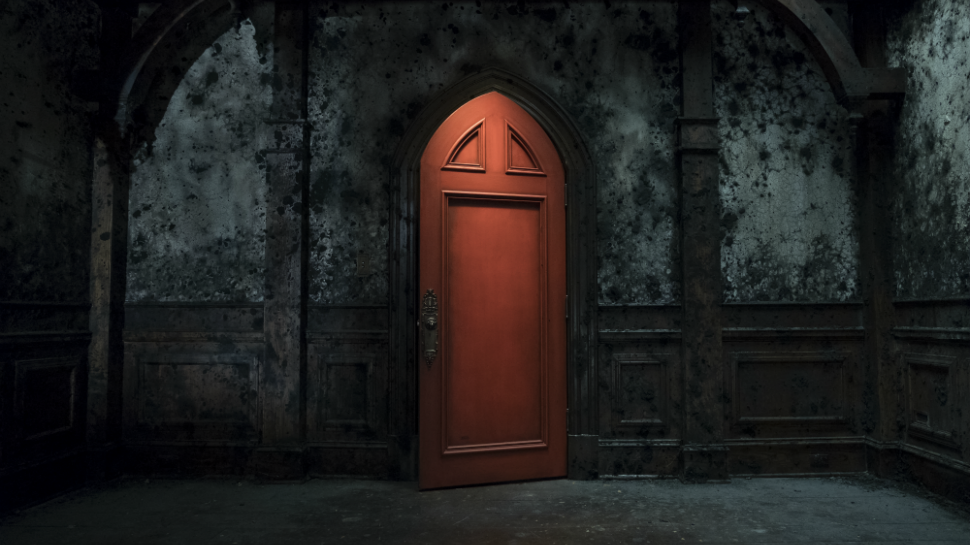 “We have been in this room, so many times and we didn’t know.”

Olivia’s story isn’t the only way the mystery of the red room is solved. In “Silence Lay Steadily,” we learn that we’ve actually seen the red room from the inside many times before it reveals itself to Olivia. When an older Luke returns to the house, his living siblings follow after him and find him in the red room. They also find the ghost of Nell, to their befuddlement. They’ve all spent so long denying the reality of ghosts that her apparition throws them, but once she starts talking, they start listening.

“I feel like I’ve been here before,” says Shirley of the room.

She then explains to her brothers and sisters that time is actually a strange concept that works even more strangely in Hill House. “Our moments fall around us like rain,” she says. “Or snow, or confetti.” The room, she reveals, has been the setting for many scenes we’ve seen the Crain kids participate in: Theo’s dance studio, Nell’s toy room, Olivia’s reading room, Steve’s game room, Shirley’s family room, Luke’s treehouse. A room that has put on different faces so they would be “still and quiet,” so that the house might claim them forever. 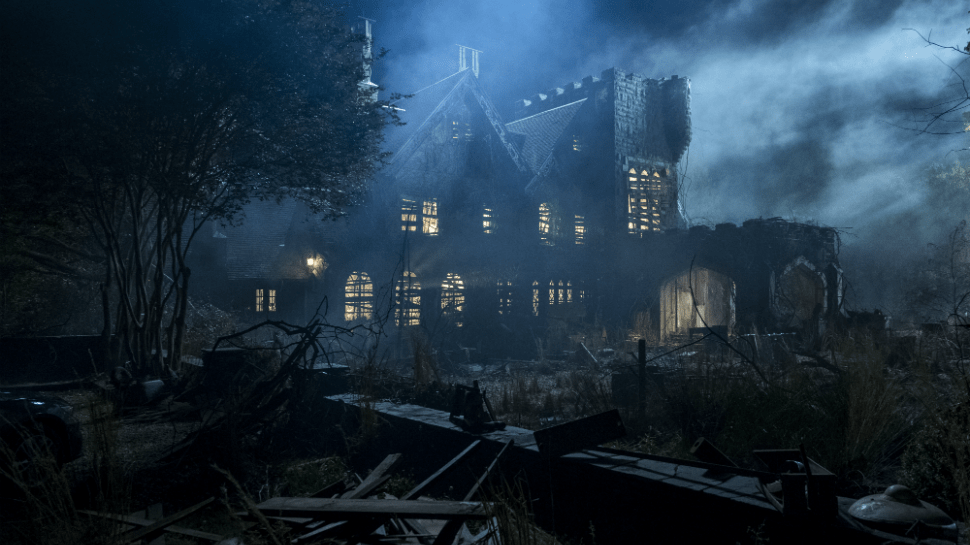 They all escape the red room… except for Hugh

In the “Silence Lay Steadily,” after contending with the reality of the house for both himself and Steven, Hugh makes the decision to stay behind in Hill House with the wife and daughter he will forever mourn. He has freed his children from its grasp, and has taken on the burden of what the house seeks. It’s a sacrifice larger than they might know; the room may be the “stomach” of Hill House, as Nell explains, but it doesn’t feed on everyone. They get to live out their lives, while their other family lives out a reunion of a different kind in the mysterious halls of Hill House.

“Whatever walked there, walked together.”